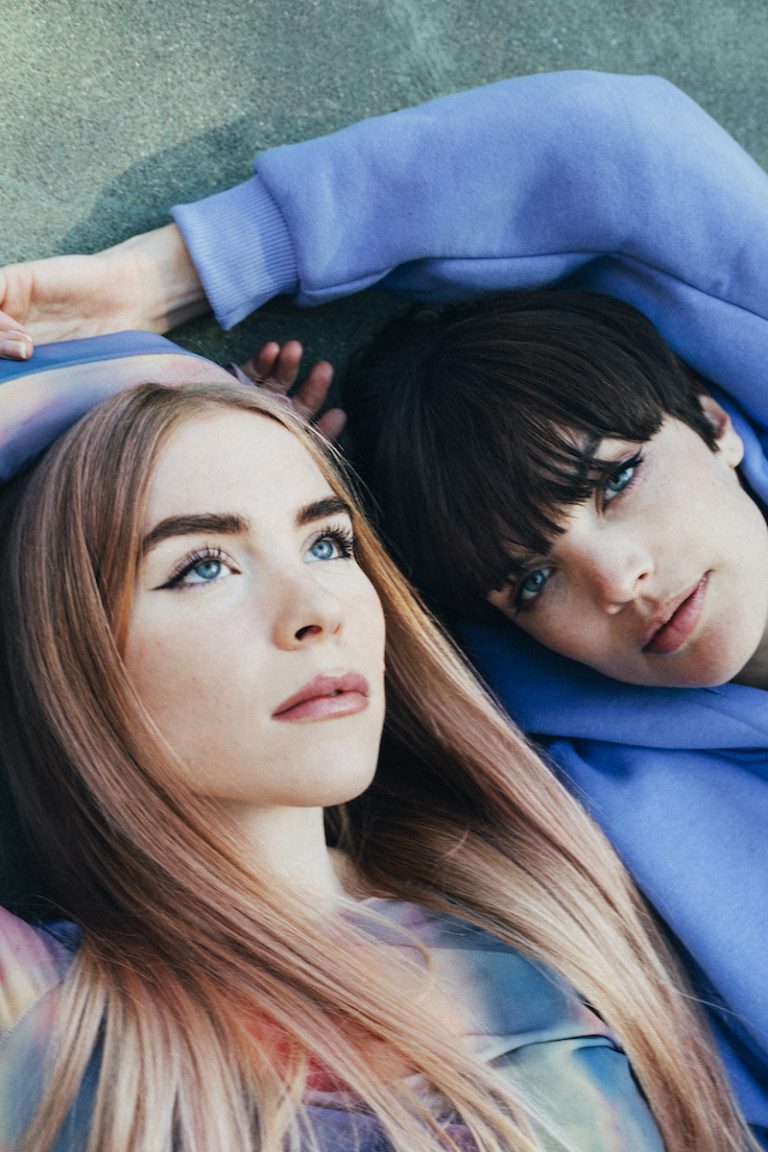 After working together for years as songwriters writing for others, acclaimed Swedish artists, songwriters, and longtime friends, Nea and SHY Martin released a music video for their “No Regrets” single, filmed in the Swedish countryside.

“We wanted to make a video for ‘No Regrets’ with a touch of euphoria and summer, a vibe of just being carefree and going with it. Our first video idea, unfortunately, ended up getting shot at the rainiest day in Sweden in 10 years. How do you even spot that? And it turned out way too grey and sad to suit the song. So, all we could do was to get back at it and shoot a new video. This time, the warmest day of summer, a golden hour in a cabbed down car, and finally, we really nailed the feeling of ‘No Regrets.’” – Nea explained

Nea and SHY Martin share more similarities than differences. They both hail from small villages in the Swedish countryside before going to music school together in the north of Sweden and now traversing the globe for writing sessions and collaborations. They were both widely regarded as two of the country’s top songwriters before becoming recording artists in their own right.

With their artist projects, they’ve seen huge success and entered the group that’s considered to be the new generation-defining Swedish pop music on a global scale. So, recording their own vocals in their wardrobes-turned-song-booths is just one of the many things they have in common.

“Me, Nea, and Victor Thell wrote ‘No Regrets’ last spring and completely fell in love with the song. We’ve been talking about doing a song together for a while and this felt like the perfect one.” – SHY Martin stated

As a songwriter, SHY Martin has generated over two and a half billion streams with songs such as “All We Know” (The Chainsmokers), “First Time” (Kygo ft. Ellie Goulding), and singles for Alan Walker, Bea Miller, and Bebe Rexha. In 2016, she wrote this year’s most-streamed song on Spotify in Sweden, Mike Perry’s “The Ocean (ft. SHY Martin).”

In 2017, SHY debuted as a recording artist to create her own world for her music – a collection of addictive and relatable songs that have generated over one billion streams globally on Spotify only. A few of her hit singles include “Keep You Mine” with NOTD, “Forget To Forget,” and “Slow.” Also, SHY’s song catalog has positioned her as one of the artists in a new generation defining Swedish pop music on a global scale. Recently, she won the Grand Prize (International Success) at the Denniz Pop Awards.

“I’m so thankful I get to go to places like LA and London where I’ve been lucky enough to work with some of the best writers and artists in the world. LA is amazing and brings amazing opportunities but it can also be a very lonely city. That’s why it’s been so nice the times I’ve been there at the same time as SHY Martin. Just to hang out with a friend from home in between studio sessions means a lot.” – Nea stated

Nea stepped into this new year with over half a billion streams as an artist and international awards behind her. She is widely regarded as one of Sweden’s most acclaimed songwriters. Some of her credits include artists such as Zara Larsson, Felix Jaehn, Tove Styrke, and Axwell. Notably is her work as co-writer on Larsson’s “Lush Life,” “Don’t Worry Bout Me” and “TG4M.” In 2020, Nea’s debut single, “Some Say,” reached new heights and was the ninth most played track on the radio in Europe during the year.

We recommend adding Nea’s and SHY Martin’s “No Regrets” single to your favorite electro-pop playlist. Also, let us know how you feel in the comment section below. Mel Blanc’s famous catchphrase, “That’s All Folks!” Thanks for reading another great article on Bong Mines Entertainment – the hot spot for new music and song reviews. Furthermore, always remember that (P) Positive, (E) Energy, (A) Always, (C) Creates, (E) Elevation (P.E.A.C.E).