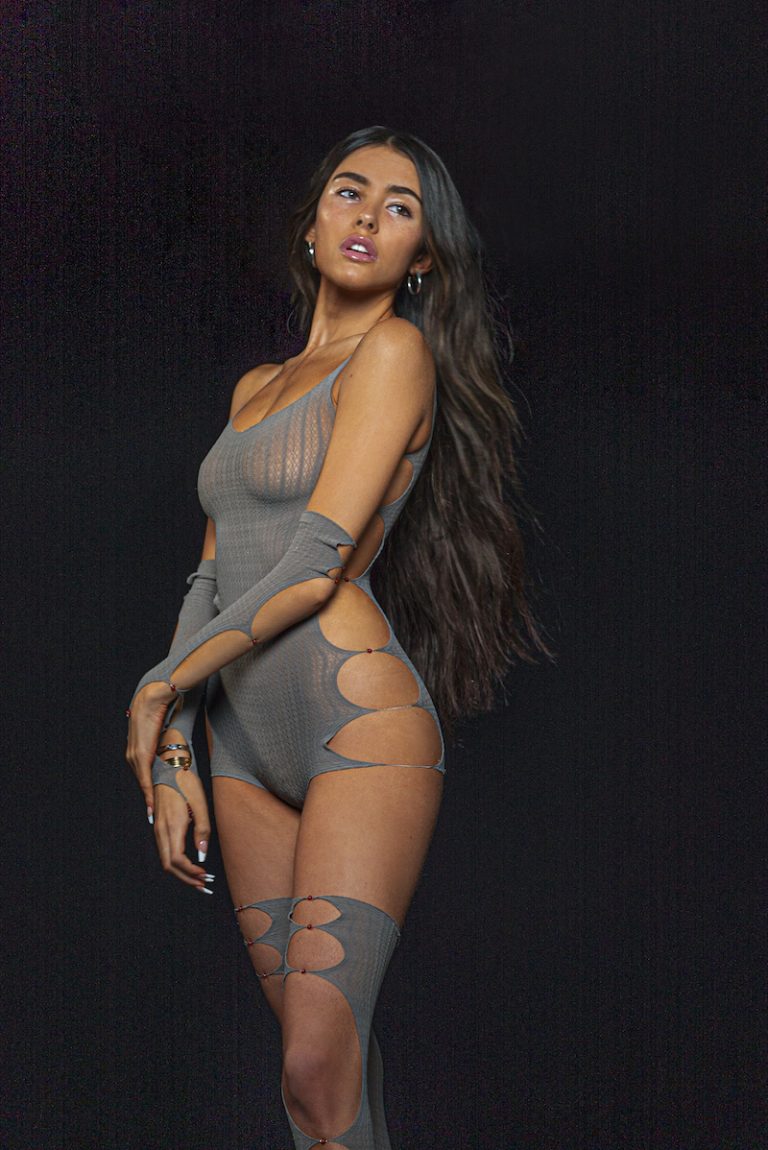 Madison Beer is an emerging global superstar from Long Island, New York. Not too long ago, she released a spectacular debut album, entitled, “Life Support.” The long-awaited and highly anticipated project was written as a perfect purification outlet, which documents important aspects of things that Beer has experienced. Also, the album is a self-care guide to persevering and coming out on the other side.

“Writing songs is like therapy for me. That’s why this album is called ‘Life Support.’ It helped me get rid of the darkness and see the light. My inspirations sonically are really diverse. I guess I’m not an easy artist to pigeonhole, and a lot of these songs are like nothing I’ve ever attempted before.” – Madison Beer explained

‘Life Support’ emerges nine years to the day since Madison released her first post via YouTube. Candid, audacious, and sonically eclectic, the dynamic project is a strong, personal, and artistic statement from a self-made star who refuses to play by pop’s usual rules. The 17-song collection finds a blooming Madison commanding creative control by writing her own songs, producing, and creating her own visuals.

“All of me is laid bare on this album. It’s been a really fulfilling experience to create something that feels so true to myself. Making music taught me a safe way of being vulnerable. It forced me to put my feelings into words, to hold a mirror up to myself, and translate that into something tangible. There was a time in my life where the promise of going to the studio was the only thing getting me out of bed in the morning. I’m not exaggerating when I say it’s my lifeline.” – Madison Beer explained

Madison expresses and inspires a rollercoaster of emotions through spellbinding vocals over a broad-ranging sound-bed reflective of her own diverse musical tastes. Her experimental, honest, and ardent ways are on full display on “Life Support.” She pushes the boundaries of accepted lyrical norms from female singer-songwriters in pop, in the same way as Rina Sawayama’s SAWAYAMA or Hayley Williams’s “Petals For Armor” do.

“I can put something into a song and then let it go, send it out into the world. When fans tell me I’ve put a voice to something they’ve been feeling, it’s as affirming for me as it is for them.” – Madison Beer explained

‘Life Support’ contains references to mental health, prescription drugs, and the dizzying highs and rock-bottom lows of toxic relationships. Also, it highlights the atypical lifestyle that Madison has led since famously being discovered on YouTube at the age of 12.

‘Life Support’ contains the previously released standout singles including “Good In Goodbye,” “Selfish,” “Baby,” “Stained Glass,” “Good In Goodbye,” and “BOYSH*T.” To date, the songs have a combined stream count of over 500 million. Also, “Life Support” highlights the melodramatic, shape-shifting “Default” single. And the otherworldly, “Homesick,” with its Rick and Morty sample (a homage to Madison’s favorite TV show). Other standout tunes include “Sour Times” and the Matrix-inspired “Follow The White Rabbit.” Plus, the country-tinged album closer, “Everything Happens For A Reason.”

On March 1, 2021, Madison Beer will be performing her “BOYSH*T” single on Jimmy Kimmel Live! Also, she will perform the album in full for the first time at Madison Beer Presents: LIFE SUPPORT IN CONCERT, developed in partnership with Headliner. The innovative globally-streamed concert will take place at www.headliner.live on the 6th and 7th of March 2021 across five time zones. Tickets are available at MadisonBeer.Live and Ticketmaster UK.

Madison Beer signed to Epic Records in 2020. Before that, she had achieved unprecedented success as an independent artist with her partner, First Access Entertainment. Her noteworthy achievements include selling over one million records in the UK. Her debut EP, “As She Pleases,” made Madison the first independent female solo artist to break into the Top 20 radio charts. Also, she debuted in the Top 5 on iTunes in 18 countries and in the Top 10 in 42 countries. Plus, the platinum-certified, UK Top 10 hit, “All Day and Night,” by Europa, featured Madison. And she was on K/DA’s “Pop/Stars” single, which topped Billboard’s world digital song sales chart.

We highly recommend adding songs from Madison Beer’s “Life Support” album to your favorite playlist. Also, let us know how you feel in the comment section below. Mel Blanc’s famous catchphrase, “That’s All Folks!” Thanks for reading another great article on Bong Mines Entertainment. And always remember that (P) Positive, (E) Energy, (A) Always, (C) Creates, (E) Elevation (P.E.A.C.E).