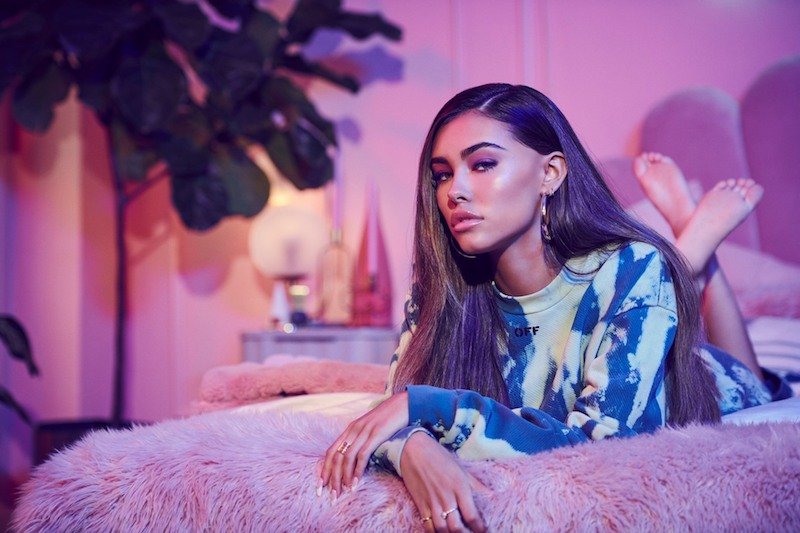 Madison Beer is a talented singer-songwriter from Long Island, New York. Not too long ago, she released a lovely music video for her “Selfish” single, co-written by Beer and produced by Leroy Clampitt.

“Boy, you’re such a lost cause. Now your name is crossed off. How you gonna fix this? You can’t even fix yourself. It was almost two years that I chose to spend here. All alone on New Year’s, thinking, ‘What the hell?’ I don’t wanna break you, thread a needle tryna stitch you. But I can’t, I refuse. I shouldn’t love you, but I couldn’t help it. Had a feeling that you never felt it. I always knew that you were too damn selfish.” – lyrics

‘Selfish’ tells a heartfelt tale of a young woman who shares a problematic relationship with a self-centered and untrustworthy person. Apparently, her sore heart is in an infirmary, where she realizes that she’s not responsible for her companion’s self-made obstacles. Later, she admits that it’s a lost cause for her to stay with a person who isn’t going to change for the better.

“I wanted to give my fans more of a taste of what’s to come from my upcoming album, ‘Life Support’, with ‘Selfish’ being my most personal and intimate song yet. It felt like Valentine’s Day was the perfect time to share it.” – stated Madison Beer

‘Good in Goodbye’ is already heating up the airwaves at U.S. Pop radio. Right out of the gate, the song has tallied 5.3 million streams and 2.7 million YouTube views and earned widespread praise.

Prior to signing with Epic Records late last year, Madison Beer achieved unprecedented success as an independent artist. So far, she has sold over one million records in the U.K. Also, she has accumulated over one billion streams globally. Her debut EP, entitled, “As She Pleases”, boasts over 700 million streams globally. This success made Beer the first independent female solo artist to break into the Top 20 radio charts. Plus, she possesses 14 million followers on Instagram and over two million followers on Twitter.

We recommend adding Madison Beer’s “Selfish” single to your personal playlist. Also, let us know how you feel about it in the comment section below.