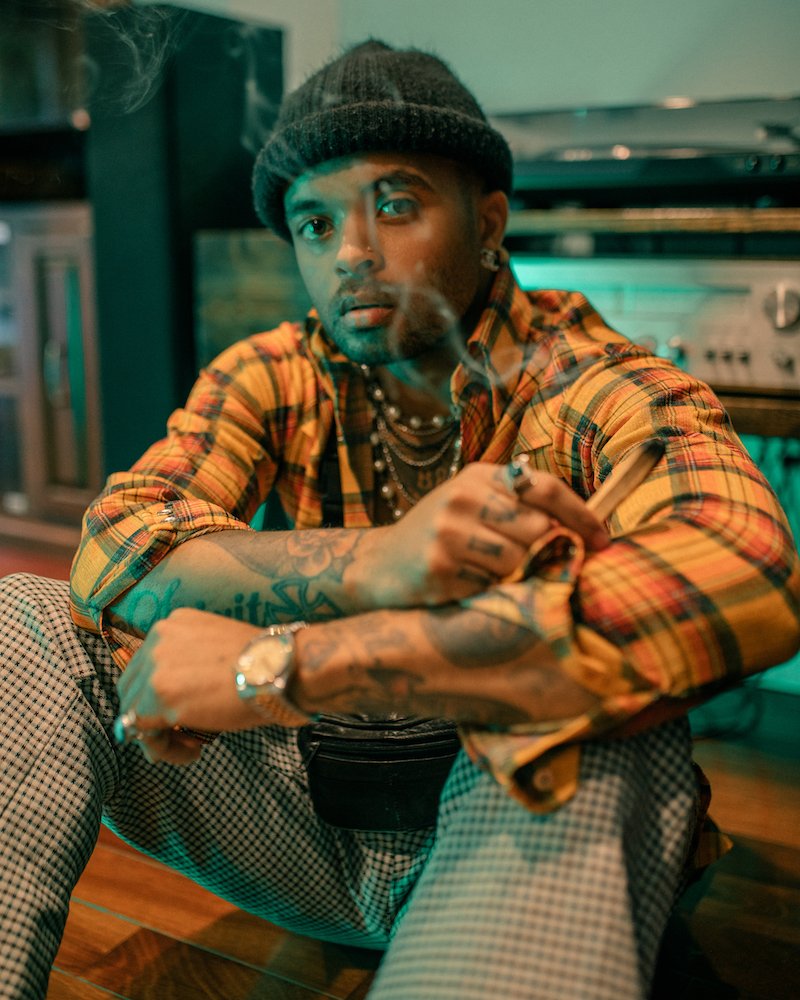 Lata Harbor is Bobby Brackins’s new collaborative project between Bobby and his closest friends. Not too long ago, he released a heartfelt R&B tune, entitled, “Drug of Choice”, featuring Chloe Angelides and Eric Bellinger.

“‘Drug Of Choice’ came about with Chloe Angelides and Nic-Nac coming to my house (the lata oasis) a little before things got crazy with corona. Chloe started playing chords on the Wurlitzer and we began writing to the piano. Nic-Nac added the production and the song was written really fast, pretty sure we were drinking Mezcal that day. Chloe Nic and I have a group chat called the Mezcal Brigade because we always make a song we like when the Mezcal is flowing. Originally it was just Chloe singing the song we wrote, but I felt it was too good to be a demo that gets held up in purgatory. So I added a verse and sent the song to Eric. Eric loved the song and finished his part quick and there you have it.” – Lata Harbor stated

“Lata Harbor is basically my Gnarls Barkley to Cee-Lo Green. Like any creative, I’ve grown artistically over the years and I keep evolving. I was ‘Young Bob’ during the GO DAV days of 2005-2009. I was Bobby Brackins who made the song “143” with Ray J and co-wrote radio anthems for Chris Brown, Tinashe, Bieber, Ty Dolla $ign, etc. From 2010-2019 and now with my newfound love of screenwriting, I decided to change my name to Lata  Harbor. Creatively, I feel like everything I’m doing has been enhanced and I’m stepping out of the box and digging deeper with my writing. Lata Harbor houses my new collaborative efforts with my favorite people to work with.” – Bobby Brackins

Bobby Brackins is an LA-based singer-songwriter from Oakland California. He is known for his songwriting credits on Justin Bieber‘s “I’m The One”, Tinashe’s “2 On”, and Chris Brown‘s “Loyal” among others. His first big hit was “143” featuring Ray J. Also, he released the solo EP, “To Live For”, which featured “Hot Box” with Mila J & G-Eazy. As well as “My Jam” with Zendaya and Jeremih.

A new alias from Brackins, Lata Harbor sees the BMI Pop Award winner evolve his sound. Now, he’s writing songs with more stripped-down guitar and piano in comparison to his more synth-based previous material. Also, using more live instrumentation, and collaborating with longtime friends like producer Nic-Nac, and other producers, songwriters, and artists he has developed relationships with throughout the years.

“My drug of choice is my love for you”

The Lata Harbor project ventures outside the typical Bobby Brackins’s type records exploring other genres and ideas. An album is set to be released in fall 2020 featuring Ty Dolla $ign, Vic Mensa, and more.

Chloe Angelides is a U.S. singer-songwriter who has written for scores of high-profile artists including Jason Derulo, Jessie J, Selena Gomez, and Nicki Minaj. Also, she has performed vocals alongside  Pitbull, LunchMoney Lewis, and more.

Similarly prolific, Eric Bellinger has co-writing credits for tracks with Chris Brown, Usher, Justin Bieber, Trey Songz, and more. Also, he has won a Grammy for ‘Best R&B Album’ for his contribution to Brown’s 2011 album, “F.A.M.E.”.

We recommend adding Lata Harbor’s “Drug of Choice” single to your personal playlist. Also, let us know how you feel about it in the comment section below.