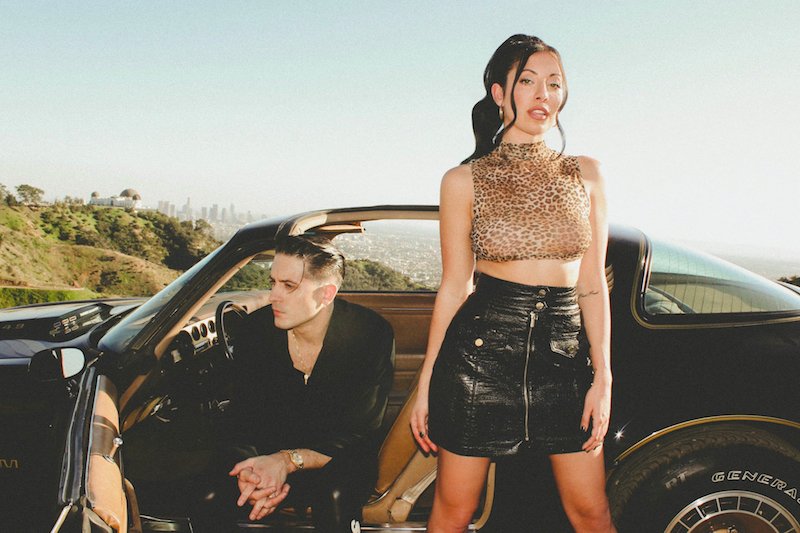 Delacey is a rising LA-based singer and chart-topping songwriter from Orange County. Not too long ago, she released a noir-tinged visualizer for her “Cruel Intentions” single featuring G-Eazy (a multi-platinum recording artist and producer).

“Careful if you fall in love, then it’s gon’ be a consequence. We keep going it’s no turning back, it ain’t no stopping us. Had you at, ‘I’m Gerald, what’s your name?’ Burning in a flame, a little fling you turn into a game. And since we started f**king, it’s never been the same. The idea of stopping, I can’t even entertain. You driving me insane, craziest I met. Drinking champagne, we started f**king on a jet. Took you to the Mile High, then we start to sweat. I got you in a bag but you still play hard to get.” – lyrics

The lovely visualizer finds Delacey and G-Eazy in the picturesque hills above Los Angeles.

Delacey’s musical inspirations include Billie Holiday and Stevie Nicks. So far, she has co-written songs like Halsey’s “Without Me”, which topped the Billboard Hot 100 chart. Also, she penned tunes for Demi Lovato, Zara Larsson, The Chainsmokers, and more.

We recommend adding Delacey’s “Cruel Intentions” single to your personal playlist. Also, let us know how you feel about it in the comment section below.