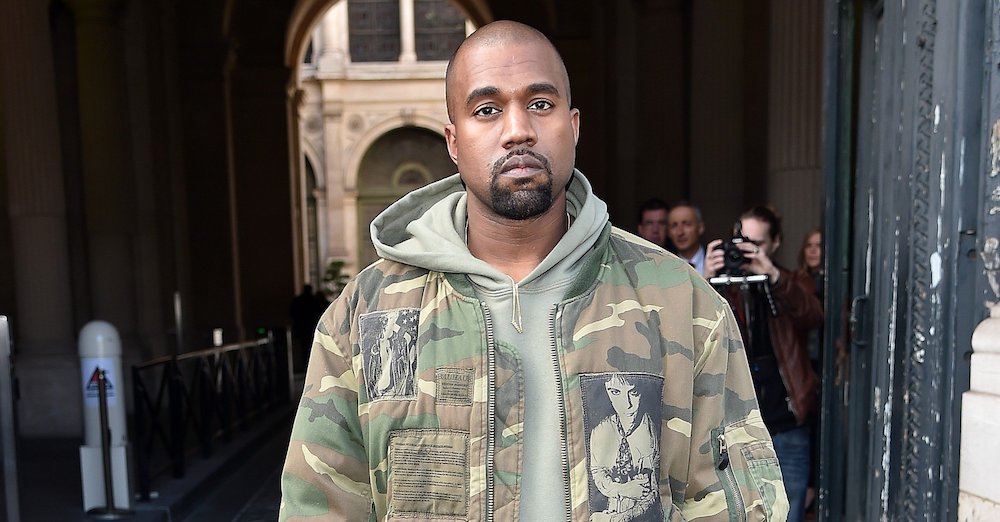 Kanye West is an iconic rapper from Chicago, Illinois. Not too long ago, he released his seventh studio album, entitled, “The Life of Pablo”.

The opening track functions as a Sunday-morning church revival, where Kanye is the ordained minister. He’s standing in the pulpit, preaching a time-sensitive sermon to his loyal congregation.

His message: God over Satan, keep the faith, pray for Paris, pray for parents, and we’re living God’s dream.

West sets the tone and declares where he stands on religious and socially-driven issues.

A Gospel choir emerges. The Dream and Kelly Price reinforce West’s message by singing verses of encouragement, leading to a heartfelt testimonial by Chance The Rapper.

While the collection plates are being filled with hopes of a better tomorrow, Kirk Franklin concludes the service by praying for everyone. He uplifts those who feel they are not good enough or have said, “I’m sorry,” too many times.

A spiritual figure, Pastor T.L. Barrett, ushers in the second track with praises to The Most High. Future appears for a brief moment and Kid Cudi delivers a stunning chorus.

A liberated West returns to the pulpit and gives a brief, but somewhat explicit testimony of his past and present relationships to Amber Rose and Kim Kardashian.

West continues his testimony and raps about his personal experiences. He speaks on the importance of returning his wife’s phone calls and not wanting to make the same mistakes his father made. Also, he mentions the passing of the mother in Hollywood, being broke, and the reason why he broke his jaw.

West’s words hit home, making room for another liberated soul to tell his story of triumph.

Desiigner, a newly-signed artist of G.O.O.D. Music, emerges from the underbelly of the ghetto. He raps about getting money illegally, drugs, and violence-familiarized by urban-street hustlers.

Though his grim subject matter contradicts the song’s hopeful message of liberation, it somehow adds mysticism or substance to Kanye’s brutally-honest testimony.

Desiigner, blessed with a futuristic flow, highlights a few things that West’s congregation needs to examine in order to be totally liberated.

Whenever an important event occurs in an urban community, an after party is sure to follow. And a host of celebrities are always on standby to attend it. The Life of Pablo is no exception.

West, no longer in church clothes, stands out lyrically with witty, braggadocios lyrics.

“For all my Southside ni^^as that know me best/I feel like me and Taylor might still have sex/Why? I made that b^tch famous/I made that bitch famous.”

Whether that statement is factual or not, it’s doesn’t really matter because West believes it is.

The fifth song serves as a transformational period, where West shows signs of the old Kanye.

West doesn’t need a psychiatrist to diagnose his problems. He does that himself by wearing them on his sleeves.

On the sixth track,  West wrote via Twitter, “I put Low Lights on my album just thinking about all the moms driving their kids to school, then going to work.”

Listeners can now relate to the everyday struggle that mothers endure.

The song features an acapella sample from “So Alive” by Kings of Tomorrow.

The woman gives a grateful-testimony of God’s graciousness over a laid-back, simple piano groove. Her honesty is felt. Also, she sounds liberated because her Creator has accepted her for who she is.

From lows to high, the seventh track is in direct correlation to “Low Lights”.

West and Young Thug put on their festive robes because it’s time to celebrate life. El Debarge and The Dream chime in, and West addresses a lingering issue.

“I bet me and Ray J would be friends if we ain’t love the same bi*ch. Yeah, he might have hit it first, only problem is I’m rich.

But this is only the beginning. West finishes strong with more thought-provoking lyrics.

The eighth track features Desiigner. Again, when he and West are together, all hell breaks loose.

The once festive scene transforms into a grimy underworld filled with a prostitute that West is explicitly lusting after. The temptation makes it difficult for him to stand on his opening statement of Jesus over Satan. But the power of darkness is more powerful than West thinks. So, he subconsciously indulges in sexual misconduct.

On the ninth track, West realizes that he’s at war with himself. The old Kanye, known for chopping up soul records is fighting against the new Kanye that everyone hates. But Kanye wants to go back to being sweet again if that’s even possible. His multiple egos are fighting for control over the ‘real’ Kanye.

West doesn’t stare in the mirror for too long. On the tenth track, redemption happens. Chris Brown, disguised as an angel, comes to West’s aid by providing much-needed light.

Miraculously, the sun emerges from the shade, a bird flies out its cage, and a nostalgic feeling is felt.

West realizes that nothing is impossible because waves don’t die and feelings don’t really go away.

FML (FOR MY LADY)

On the eleventh track, West realizes what’s really important to him and that’s his wife. Someone he won’t jeopardize for no other woman. Also, his children are all layers of his soul.

The Weeknd appears in the form of West’s conscience.

West remains focused and listeners can feel the positive aura of God surrounding him. He is determined to remain faithful to only Kim, no other woman.

“They wish I would go ahead and f^ck my life up, can’t let them get to me.”

West continues his introspective outlook and raps about trust issues that everyone can relate to. His honest, down-to-earth lyrics, mixed in with Ty Dolla $ign’s vocals, paints a vivid picture. Also, it forms a collectible souvenir that hangs nicely in listeners’ collective memories.

The thirteenth track provides a cooling effect with wild emotions and bizarre-sounds.

The setting, maybe an extraterritorial realm in West’s subconscious mind. Perhaps, it’s the Milky Way Galaxy or a dream-state of Saturn.

Frank Ocean sings, “The rings all ring out. Burn out, cave in. Blackened to dark out. I’m mixed now, fleshed out. There’s light with no heat. We cooled out, it’s cool out.”

A time for relaxation, preparing listeners for a surprise guest.

The fourteenth track features a phone conversation between incarcerated Max B and French Montana. Also, Max voices his gratitude to West for showing him love.

On the fifteenth track, West takes a trip down memory lane and raps about an ex-girlfriend that he used to drive 30-hours to see. He used to drive from Chicago to St. Louis, St. Louis to Chicago. He recalls the good times they shared. But unfortunately, her infidelity was the reason why they broke up.

NO PARTIES IN L.A.

The sixteenth track will go down in history as a legendary bar-fest between two elite emcees. Kendrick Lamar and West rap with dope punchlines and clever metaphors over a Madlib-produced track. Once again, West is flowing like the old Kanye that people love.

The seventeenth track is a standout anthem where West brags that Yeezy just jumped over Jumpman. He’s in boss-mode, talking that big-money talk.

“Nike, Nike treat employees just like slaves/Gave LeBron a billi’ not to run away (Yo!)/10 thousand dollar fur for Nori, I just copped it (Yo!)/Your baby daddy won’t even take your daughter shopping.”

The final track features Post Malone and Ty Dollar $ign. The song has a reoccurring sample from Rare Earth, “Your love is fading/I feel it fade.” 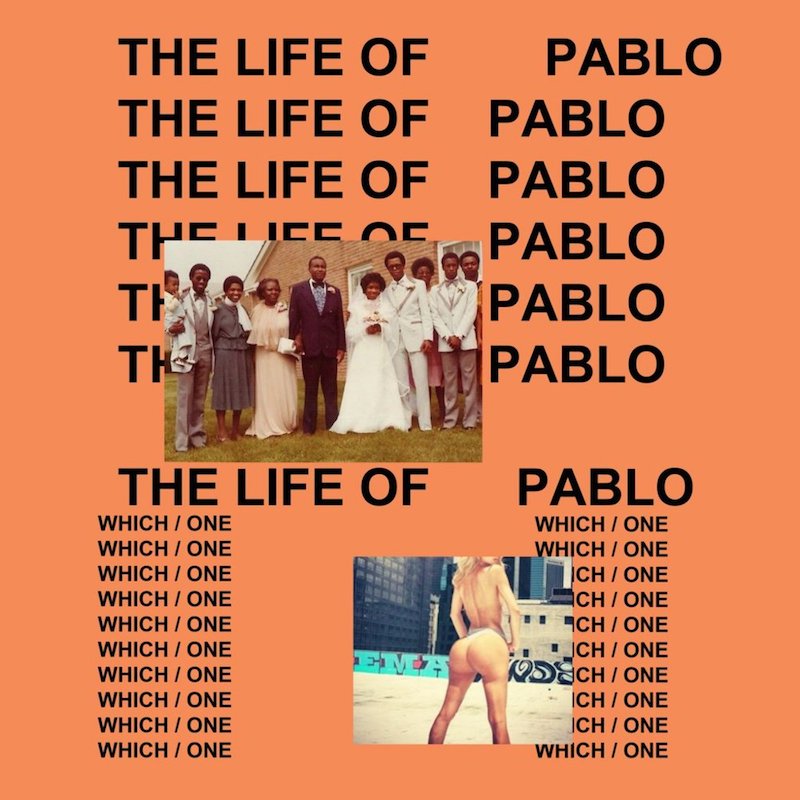 Kanye West’s “The Life of Pablo” is a memorable hip-hop album with solid content and heavy replay value.