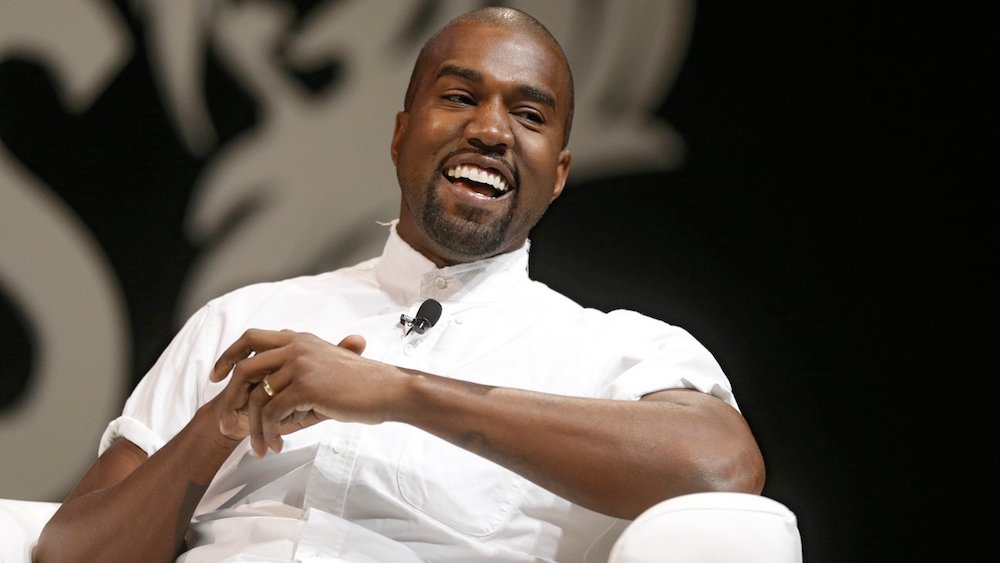 Kanye West is a legendary hip-hop emcee and producer from Chicago, Illinois. Not too long ago, he released his eighth solo project, entitled, “ye”.

During West’s album listening party in Wyoming, he conversed with BigBoyTV about why he named his project, “ye”.

“I believe ‘ye’ is the most commonly used word in the Bible. And, in the Bible, it means ‘you,’ so it’s [saying] “I’m you, I’m us, it’s us.” It went from being Kanye, which means the only one, to just ye – just being a reflection of our good, our bad, our confused. Everything, that I’m just more of a reflection of who we are, just as beings.” – Kanye West

“I THOUGHT ABOUT KILLING YOU”

West begins the project with a dark spoken-word piece about premeditated murder and suicidal thoughts, originating from a place of conflict.

“I love myself way more than I love you. And I think about killin’ myself. So, best believe, I thought about killing you today.”

He admits sometimes he thinks really, really bad things. Also, the outside world might think he doesn’t love himself, but that’s not the case. He loves himself dearly but still thinks about killing himself. Therefore, he wouldn’t think twice about killing you. Because he loves himself way more than he loves you. The analogy makes sense. It’s honest but disturbingly confusing. The question is who’s you? Is it West’s second personality? Another person? Or maybe, a loved one? Friend? Maybe, it’s just West standing in front of a mirror talking to himself in a dark room.

West changes his subject matter. He raps about bad days, clearing his cache (memory), and making his name last. The song was produced by Mike Dean and Kanye West. Also, it contains a sample of Kareem Lotfy’s “Fr3sh” track.

Superhero West embraces his bipolar nature and labels it a superpower, not a disability. But at times, we can’t tell if he’s a superhero or a controversial villain. Unlike other superheroes, West struggles with the same earthly things that the people he’s supposed to be saving struggle with. Things such as drugs and alcohol addictions, suicide, and demonic thoughts.

“Tweakin’, tweakin’ off that 2CB, huh? Is he gon’ make it? TBD, huh. Thought I was gon’ run, DMC, huh? I done died and lived again on DMT, huh. See, this a type of high that won’t come down. This the type of high that get you gunned down. Yeezy, Yeezy trollin’ OD, huh? Turn TMZ to Smack DVD, huh? Russell Simmons wanna pray for me too. I’ma pray for him ’cause he got #MeToo’d. Thinkin’ what if that happened to me too. Then I’m on E! News.”

Afterward, West continues his verbal assault. He goes on a rampage and raps about how powerful money makes him feel. Also, the perks that come along with being rich and famous. His approach is arrogant, braggadocios, unapologetic, and unstably alarming.

“See, this is why all the b*tches f*ck with Ye. F*ck what they talk about. They’ll take me on meds, off meds, ask yourself. Ask your homegirl right now, look, you had a shot at Ye? You’ll drop everything.”

The song was produced by Apex Martin, Mike Dean, and Kanye West.

West enlists Ty Dolla $ign and Valee to talk about sex. ‘Cause according to West, we wouldn’t be here without c*m.

The chorus speaks about the medulla oblongata, the involuntary, lowest part of the brain. Meaning–when a big-butt female starts rubbin’ on a male’s lamp, there’s nothing he can do to control his urges. His medulla sends a sexual signal down to his genie, and it naturally comes out of the bottle. The song was produced by Mike Dean, Francis and the Lights, and Kanye West.

Kanye gets syrupy and addresses an emotional time for him and his wife, Kim Kardashian. He praises her loyalty and exposes her concerns, over a choppy ballad produced by West and Mike Dean.

“They say, ‘Build your own’—I said, ‘How, Sway?’ I said, ‘Slavery’s a choice’—they said, ‘How, ‘Ye?’. Just imagine if they caught me on a wild day. Now I’m on fifty blogs gettin’ fifty calls. My wife callin’, screamin’, say, ‘We ’bout to lose it all!’ Had to calm her down ’cause she couldn’t breathe. Told her she could leave me now, but she wouldn’t leave.”

West’s slavery comment caused an uproar in African-American communities. So much so that his wife panicked about their stability and financial future. West humbles himself and shows Kim that he’s grateful to her for sticking by his side through thick and thin. Also, he knows he messed up and embarrassed her for the world to see. So, he dedicates “Wouldn’t Leave” to her and every other ride-or-die female who stood by their man’s side. Through the best times, through the worst times.

West enlists Charlie Wilson and Kid Cudi to help him vent about some issues on his mind.

“I got dirt on my name, I got white on my beard. I had debt on my books, it’s been a shaky-ass year. Let me make this clear, so all y’all see. I don’t take advice from people less successful than me.”

The soulful song was produced by Che Pope, Mike Dean, and West. Also, it contains samples of Slick Rick’s “Hey Young World” and The Edwin Hawkins Singers’s “Children Get Together” songs.

The song was produced by Benny Blanco, Francis and the lights, Mike Dean, and Kanye West.

070 Shake sings an effective intro/chorus. Afterward, West addresses his fear about his daughters (North and Chicago) growing up in the world.

“Ni^^as is savage, ni^^as is monsters. Ni^^as is pimps, ni^^as is players. ‘Til ni^^as have daughters, now they precautious. Father, forgive me, I’m scared of the karma. ‘Cause now I see women as somethin’ to nurture. Not somethin’ to conquer. I hope she’s like Nicki, I’ll make her a monster, not havin’ ménages.”

West’s classic production and heartfelt reality raps, smelted in brutal honesty, put ‘ye’ on a level separate from other hip-hop projects of 2018. Whether you agree with West or not, one thing is for sure, he loves being bi-polar. 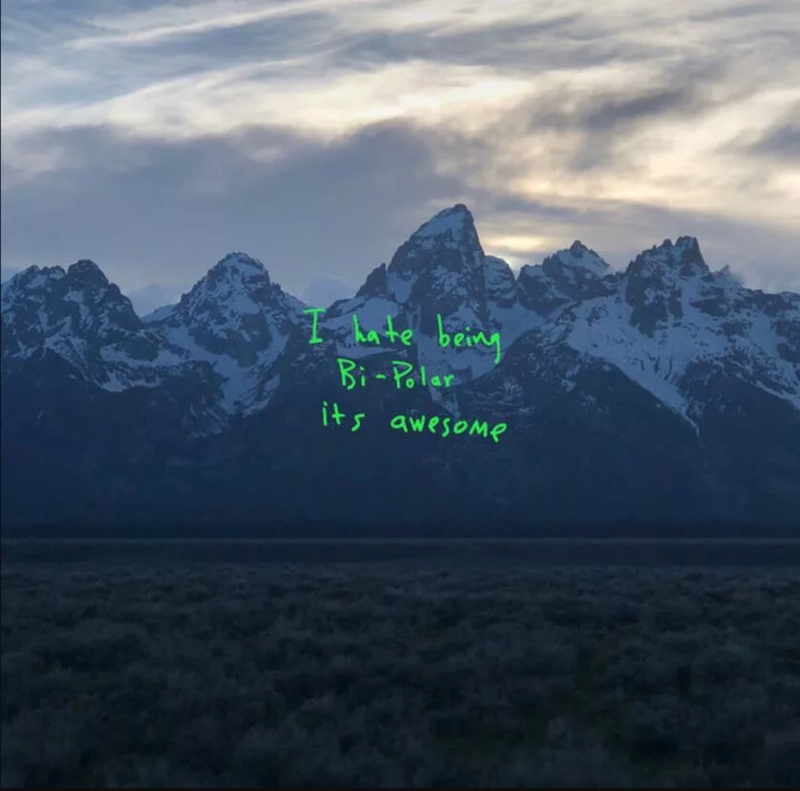 “ye” is a solid project; it’s short, but a belly full. We recommend adding songs it to your personal playlist.

In conclusion, check out West’s “Ye vs. the People (starring T.I. as the People)” behind the scene discussion between West and T.I.