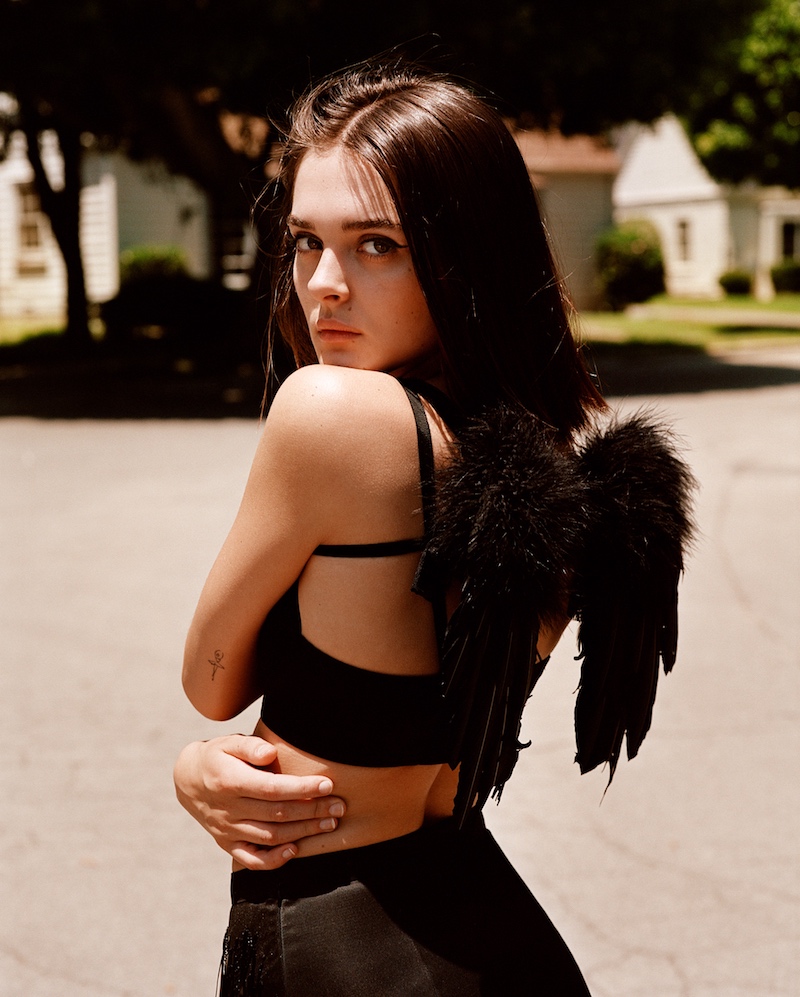 Charlotte Lawrence is a singer-songwriter based in Los Angeles, CA. Not too long ago, she released a music video for her “Why Do You Love Me” single, released via Atlantic Records and Gold Tooth Records.

Charlotte Lawrence – “Why Do You Love Me” music video

“I hate your friends, I hate your mom and dad. I hope they hate me back, I guess for once, I’m being honest Gotta be a lot is wrong with you to wanna be with me. It’s kinda sweet when we fight until someone’s calling the cops. But you never blame it on me, you’re so annoying.” – lyrics

‘Why Do You Love Me’ tells an interesting tale of a young woman who doesn’t understand why her significant other loves her so much. Apparently, they are in a problematic relationship and both of them act crazy at times.

The audiovisual was directed by photographer and filmmaker Alasdair McLellan (The xx, Miu Miu) with creative direction by Marc Kalman (Travis Scott).

“I write easier about sad emotions. I think it’s so cool to have an upbeat song with dark lyrics. If you tap into an emotion then you can write a whole story. No matter what you’re going through it’s important to take risks with music. I never want to play it safe.” – Charlotte Lawrence

Charlotte Lawrence’s “Just The Same”, “Sleep Talking”, and other singles have amassed millions of streams online. On November 7, 2019, she will celebrate her “Why Do You Love Me” single with a major North American concert tour.

The Navy Blue Tour will begin at Atlanta, GA’s Vinyl. Also, it will travel through the month, culminating November 23rd with an eagerly awaited homecoming performance at The Fonda Theatre in Los Angeles.

‘Why Do You Love Me’ contains a relatable storyline and ear-welcoming vocals. Also, the likable tune possesses bass-laden instrumentation which invades the soundscape between pop and rock.

We recommend adding Charlotte Lawrence’s “Why Do You Love Me” single to your personal playlist. Also, let us know how you feel about it in the comment section below.