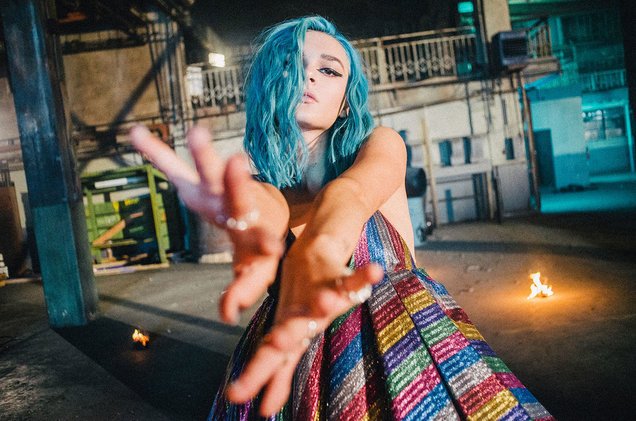 Charlotte Lawrence is a talented singer-songwriter from Los Angeles, California. Not too long ago, she released an explosive new video for the Harley Quinn anthem, entitled, “Joke’s on You”.

‘Joke’s on You’ is the second single from “Birds of Prey: The Album”. The star-studded project is an all-female musical companion to the eagerly awaited new film from Warner Bros. Pictures, also in theaters. The song, which is featured in the opening of the film, has been streamed over 2 million times worldwide.

‘Joke’s on You’ is one of Charlotte Lawrence’s biggest musical moments. The hypnotizing revenge tune contains a relatable storyline, ear-welcoming vocals, and tuneful melodies. Furthermore, the song reminds listeners why Lawrence is an exciting artist to watch in 2020.

Charlotte Lawrence’s music has amassed millions of streams online. Not too long ago, she wrapped up an incredible tour. In the United States, she sold out major markets in New York and Los Angeles. Also, she sold out Amsterdam, Cologne, and Manchester during her European leg.

“Birds of Prey: The Album”

We recommend adding Charlotte Lawrence’s “Joke’s on You” single to your personal playlist. Also, let us know how you feel about it in the comment section below.