Charlotte Lawrence is a singer-songwriter based in Los Angeles, CA. Not too long ago, she released a music video for her “Navy Blue” single via Atlantic/Gold Tooth Records.

“Conversations in the silence. Words are violent and the feeling’s dying slow. We don’t even try to hide it. It’s like we like it. I guess the pain is comfortable. We got delusions of a grand oblivion. We’re only happy when we’re higher than the sun.” – lyrics

The likable tune will be featured on Charlotte Lawrence’s forthcoming sophomore EP, set to be released late 2019.

Also, the song follows in the heels of Lawrence’s major-label debut single, entitled, “Why Do You Love Me”. 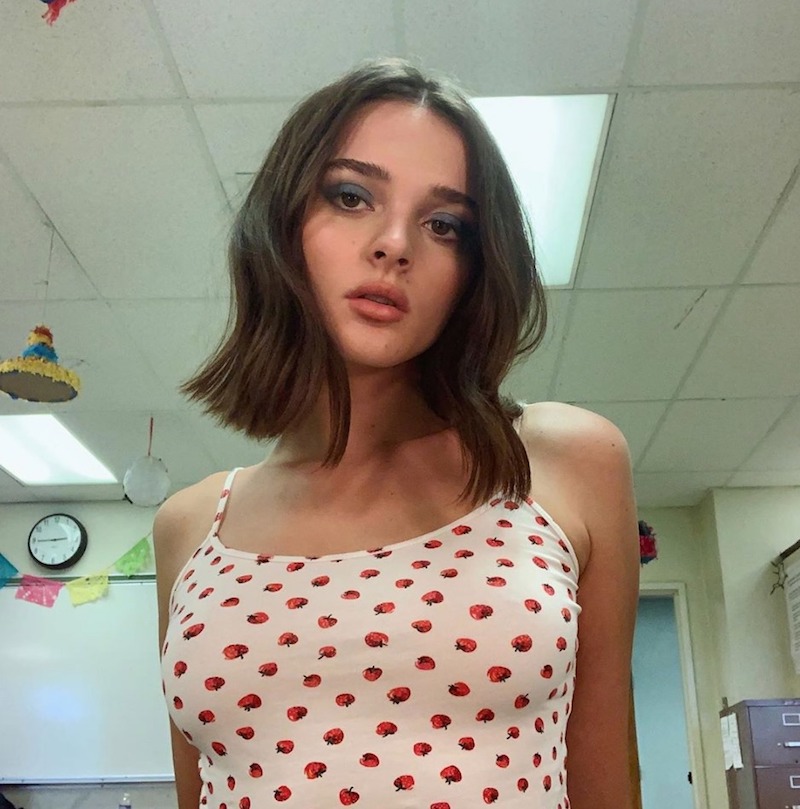 They’re strawberries, not tomatoes. Or are they tomatoes?? Confused now. Please vote.

Charlotte Lawrence is a name you should remember. With each release, she continues to establish herself as an exciting artist to watch.

Since exploding on the scene in recent years, she has seen widespread critical acclaim. Also, her music has amassed millions of worldwide streams thanks to her breakthrough singles: “Just The Same” and “Sleep Talking” from her 2018 debut EP, entitled, “YOUNG”.

This fall will see Lawrence embarking on her headline Navy Blue Tour, kicking off November 7th in Atlanta, GA.

We recommend adding Charlotte Lawrence’s “Navy Blue” single to your personal playlist. Also, let us know how you feel about it in the comment section below.