Charlotte Lawrence is a singer-songwriter and model based in Los Angeles, California. Not too long ago, she performed her “Sleep Talking” single live at Vevo DSCVR, a platform that highlights emerging artists.

“‘Cause you’ve been talkin’ in your sleep and you’ve been messin’ ’round on me. I thought I told you once before, I guess you wasn’t listening. I’ll wait till the morning, might just let you sleep in. Won’t you give a warning, just know that I’m leavin’.” – lyrics

‘Sleep Talking’ tells the tale of a woman who finds out that her boyfriend has been cheating on her. Apparently, while sleeping, he says things that incriminate him. Now, she’s gone without giving him a warning, and he wants her back. 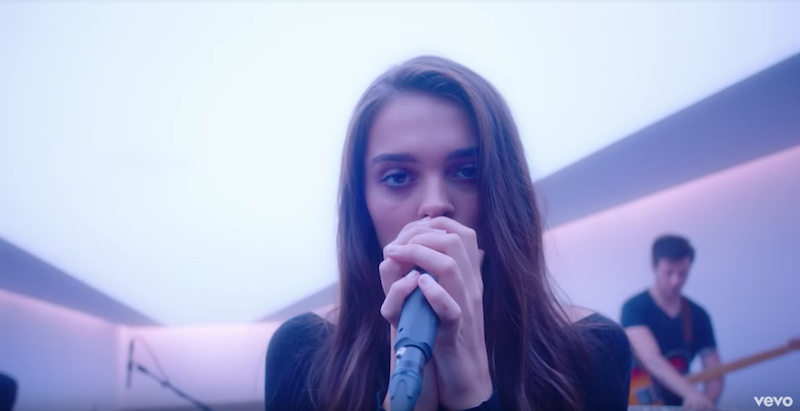 Charlotte Lawrence has been on the rise since her first single racked up over 16 million streams back in 2017. Since then, she has built a strong following, toured with Lauv, and has a viral hit with Nina Nesbitt and Sasha Sloane.

‘Sleep Talkin’ is a charming single from her debut EP, entitled, “Young”. Check it out and let us know how you feel about it in the comment section below.