Malone wears his heart on his sleeve and speaks from the heart. His world is good and bad, and he blames himself for his dual reality because life is what you make it. 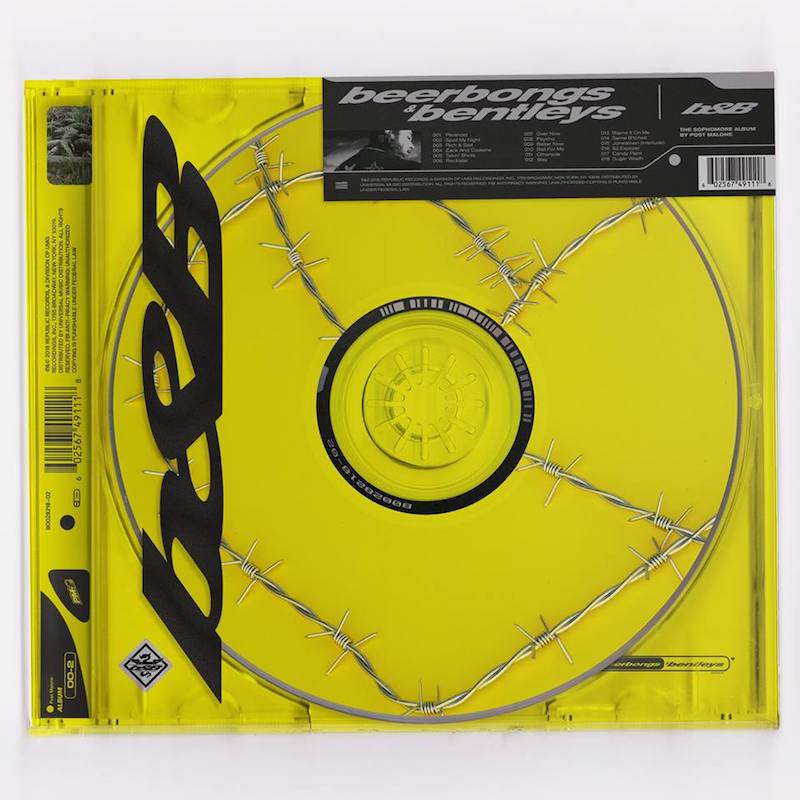 “Malone paints a picture of himself, trapped between living a normal life with his girlfriend and being a Rockstar who indulges in hedonistic and materialistic activities.”

Post Malone opens the album speaking about his paranoia. He’s worked so hard to become rich and successful. Now, he can’t trust anyone around him. He fears that people are out to get him for his riches, which he has stashed in different areas of his home. 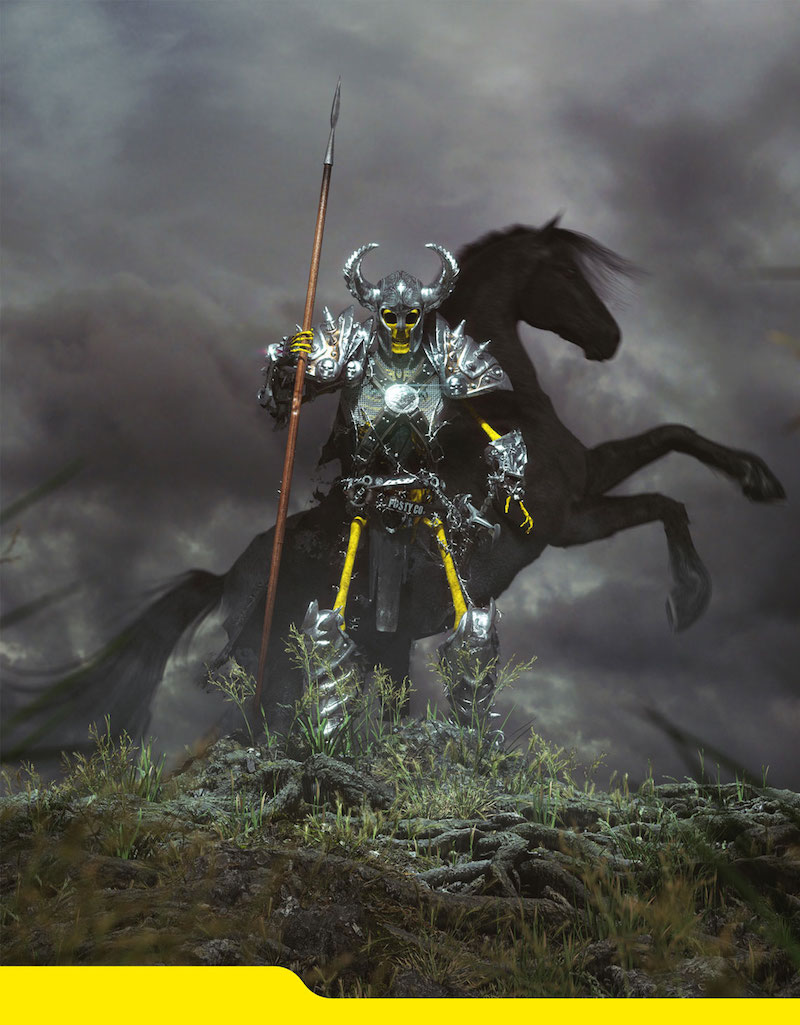 To protect himself, Malone sleeps with a gun by his bed.  Also, he’s willing to shoot anyone trying to break in or enter his home unannounced.

Malone addresses limelight-lustful females he encounters in nightclubs. The women know Malone is a celebrity, so they want their social-media world to know that they are hanging out with him. 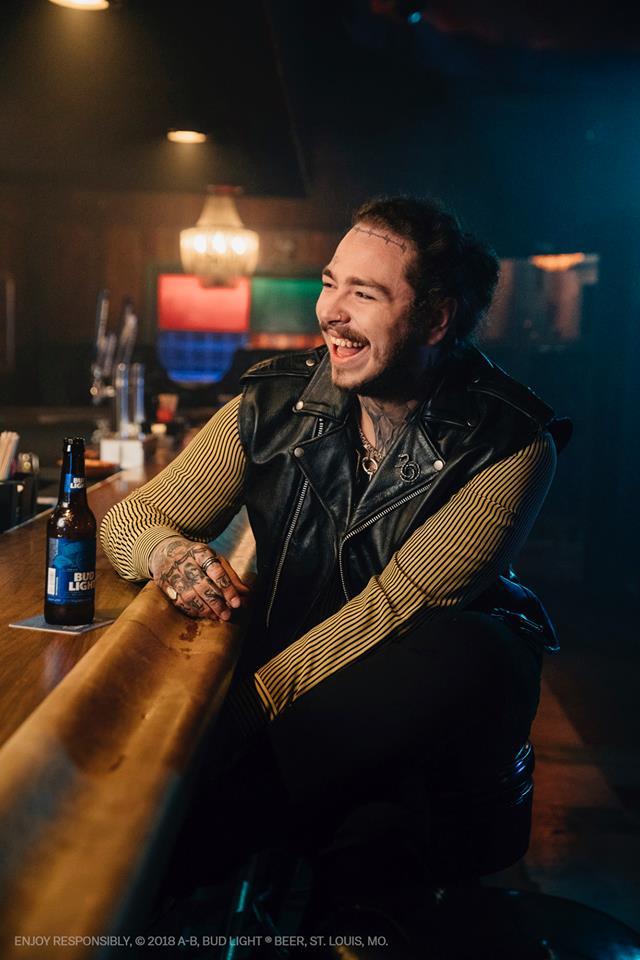 “Now she whippin’ out her phone and I know. Damn, how many videos you gon’ post? Everybody on the ‘Gram gonna know. My girl at home now my line about to blow.” – Malone

Malone admits that what he’s doing is wrong. But there’s no need for these women to get star-struck. In a way, he’s suspicious about their move to go live on Instagram. He would rather them chill and keep things on the low.

Malone addresses his girlfriend. She’s the reason why he doesn’t want his female fans recording him in the clubs. Apparently, Malone’s girl leaves him for unknown reasons. Malone claims it’s because his career is skyrocketing. So, that might’ve complicated their relationship. But the real reason is anyone’s guess. 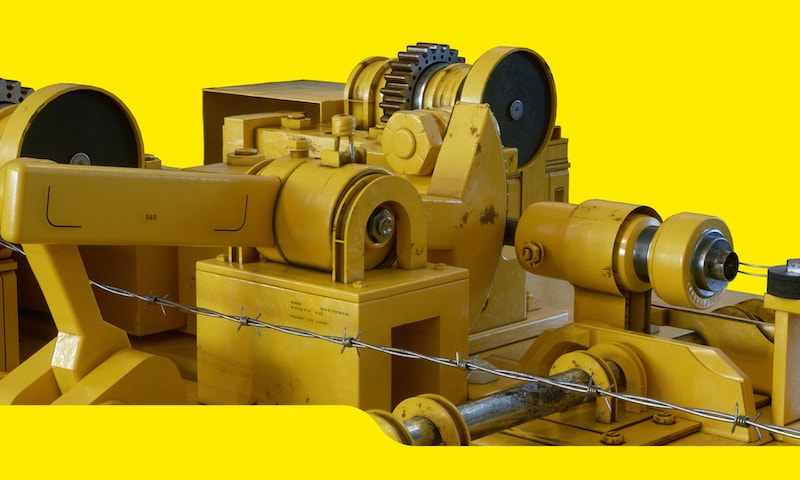 After her departure, Malone feels lonely and depressed, even though he’s surrounded by fame and fortune.

“Hundred thousand for the chain and now my drop.  When I pull out the garage, I chop my top. Just like a fiend, when I start I cannot stop. I got hella guap, look at me now. Covered in carats, mahogany cabinets. I ball like the Mavericks, stable and stallions. Massive medallions, I finally had it. But then you just vanished. Damn, I thought I was savage.”

Malone realizes that money can’t buy happiness. All he wants is his girlfriend back.

Malone solves his loneliness by indulging in his guilty pleasures. So, he parties in a hotel lobby, filled with women, drugs, and alcohol.

Malone celebrates his success and doesn’t plan on sleeping anytime soon. As long as he’s partying, he doesn’t feel alone. He even addresses the current state of urban music.

“All these rappers, they sound the same now. Sayin’ I’m to blame, now y’all see me on the TV.  Multimillionaire by the time I’m 23. Gettin’ no sleep, ragin’ for a week. I hit number one and I ain’t even hit my peak.”

Malone identifies what he is—a Rockstar, smoking weed like a Rasta, f*cking hoes, and popping pills. 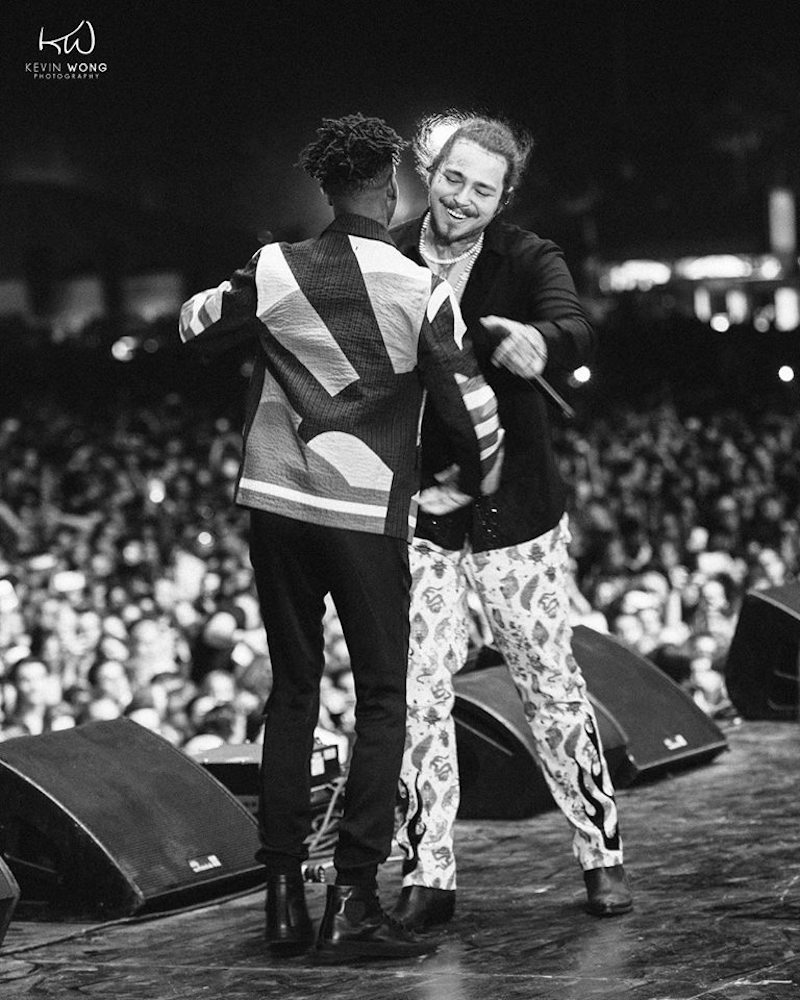 “Hundred b*tches in my trailer say they ain’t got a man. And they all brought a friend.”

The Emil Nava-directed video shows Malone as a deranged swordsman. Also, he is warring against the ops, and they are clothed in business attire.

Malone stops partying and addresses his off-and-on relationship with his girlfriend. This time, he lets her know that he’s been a begging idiot. Now, he doesn’t want her anymore. It’s over!

“I’ma turn the tables, promise you will not forget it. Won’t apologize, don’t give a f*ck if you’re offended. No discussion, yeah we gotta go our separate ways. Won’t take me down in flames, I don’t even wanna know your name.”

Malone raps about making his first million, how much he charges for a walkthrough, and how the jewelry on his neck is making his neck cold. Also, all these things he has accumulated, have women asking, “Can I have some to hold?”

Malone reverts back to talking about his ex-girlfriend. He questions her saying that she is better now. But he doesn’t believe that, even though he sees her with a new guy. 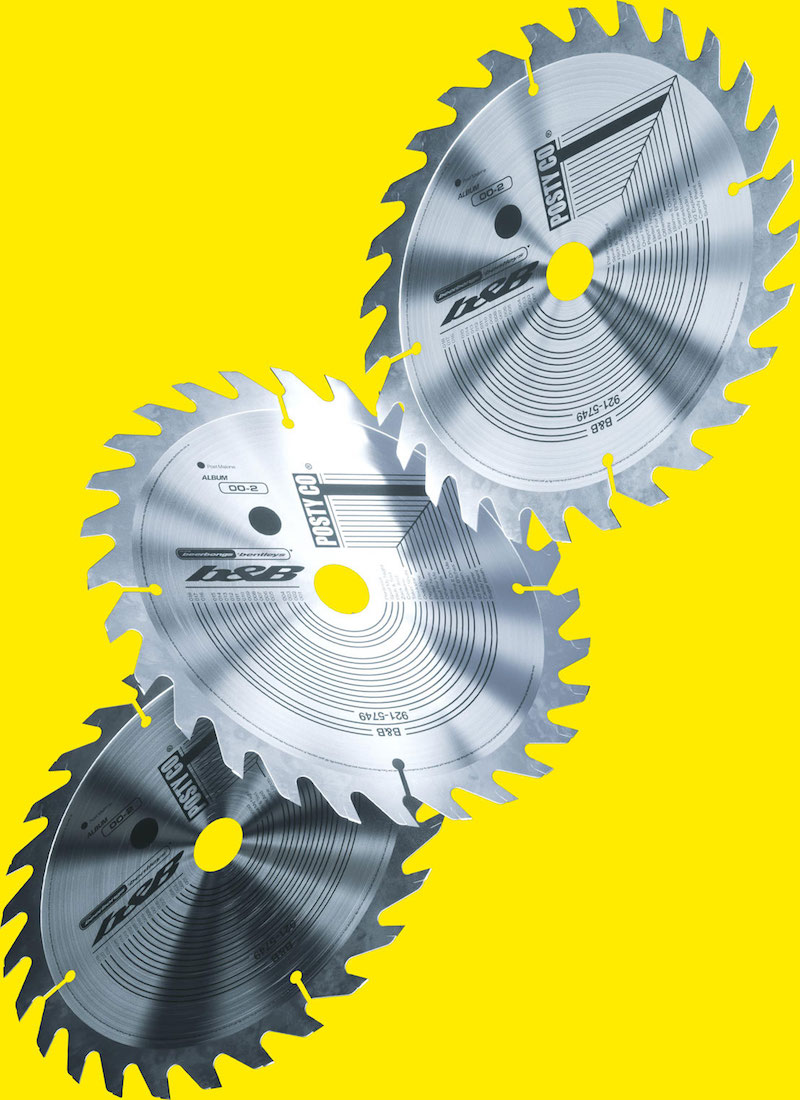 “I seen you with your other dude. He seemed like he was pretty cool. I was so broken over you. Life it goes on, what can you do? I just wonder what it’s gonna take. Another foreign or a bigger chain? Because no matter how my life has changed. I keep on looking back on better days.”

Malone is trying to win back her love and faults himself as the problem of their separation. He puts his heart on his sleeve and lets it be known that he’s still in love with her.

BALL FOR ME FEAT. NICKI MINAJ

Malone ditches his relationship drama and puts on his ballin’ jersey. He’s busy on the road getting paid. So, he doesn’t have time to personally take her shopping on Rodeo Drive. The girl wants to be styled in Saint Laurent fashion. So, Malone offers to pay $30,000 for the shopping spree and nothing more.

Malone reverts back to talking about his ex-girlfriend. He’s been drinking and reminiscing about their rocky relationship. Also, he wants to know why she doesn’t answer when he calls her name.

It seems Malone’s girl did him dirty. She left him in the cold and now he’s burning inside trying to drink away the pain. But somehow, he still loves her and wants the waves to come and take him back to her.

Malone is stuck in a sunken place. The rocky relationship between him and his ex is starting to get to him and he’s starting to drink more and more.

“F*ck off and pour another drink and tell me what you think. You know that I’m too drunk to talk right now. You put your cigarette out on my face. So beautiful, please, woman.”

BLAME IT ON ME

Malone reflects on a time when he didn’t have money and fame. Life was so simple back then.

Now, people around him are trying to take pieces of him, and everything he has worked hard for. He blames himself for them taking advantage of him, even though he knows they love when he’s in agony. 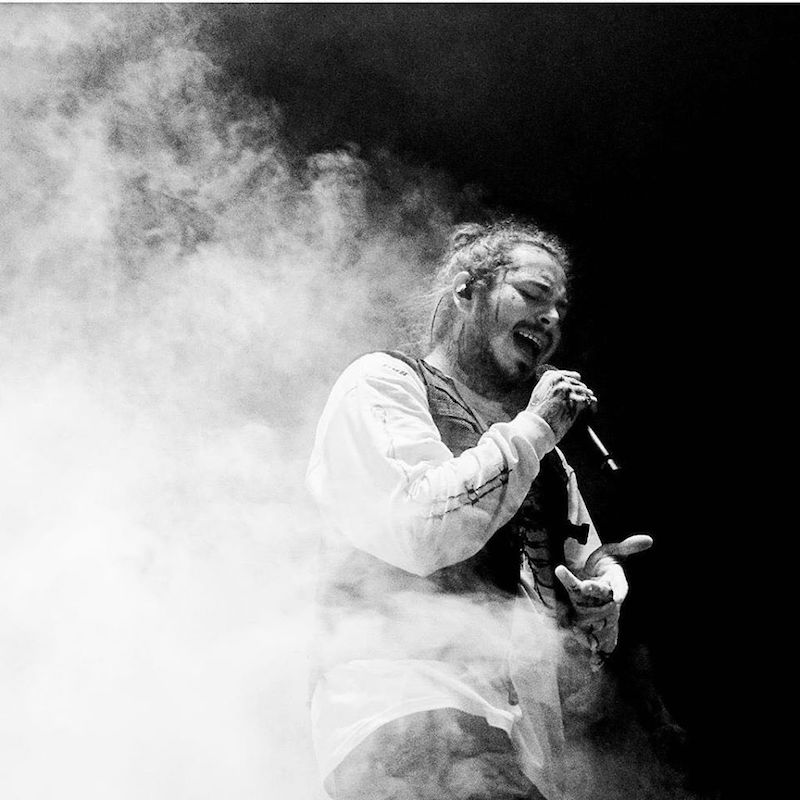 Malone raps about being in Los Angeles. He questions, if the population is 4-million, how come he sees the same b*tches? Also, he questions their intention.

Malone is depressed again. He mentions the Jonestown cult massacre when Jim Jones poisoned his followers with a poisonous Kool-Aid drink. 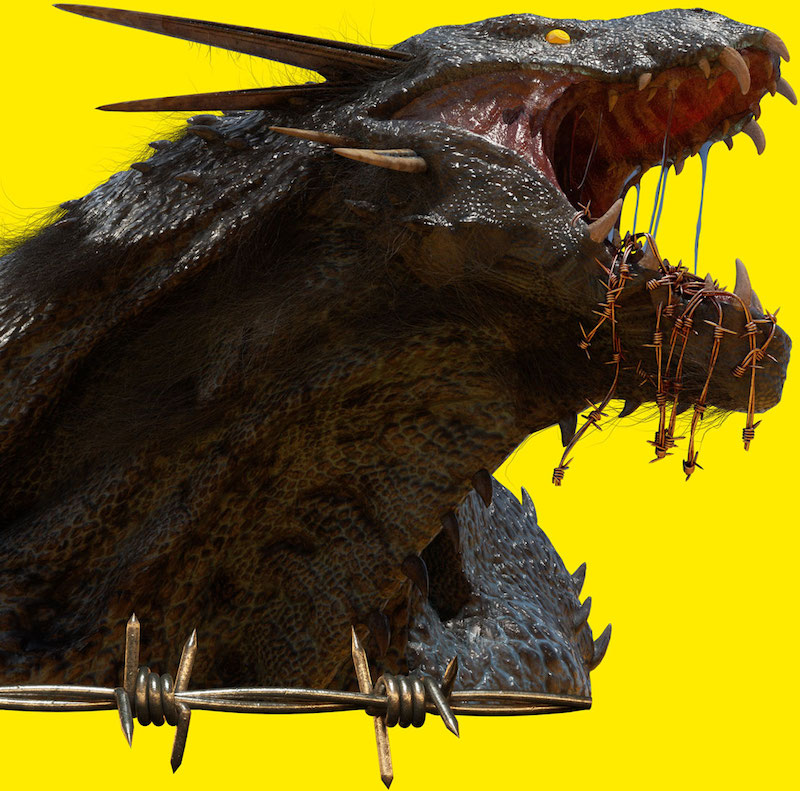 Malone raps about his 1992 Ford Explorer. Apparently, he purchased another one for $1,700 and got it customized by West Coast Customs. 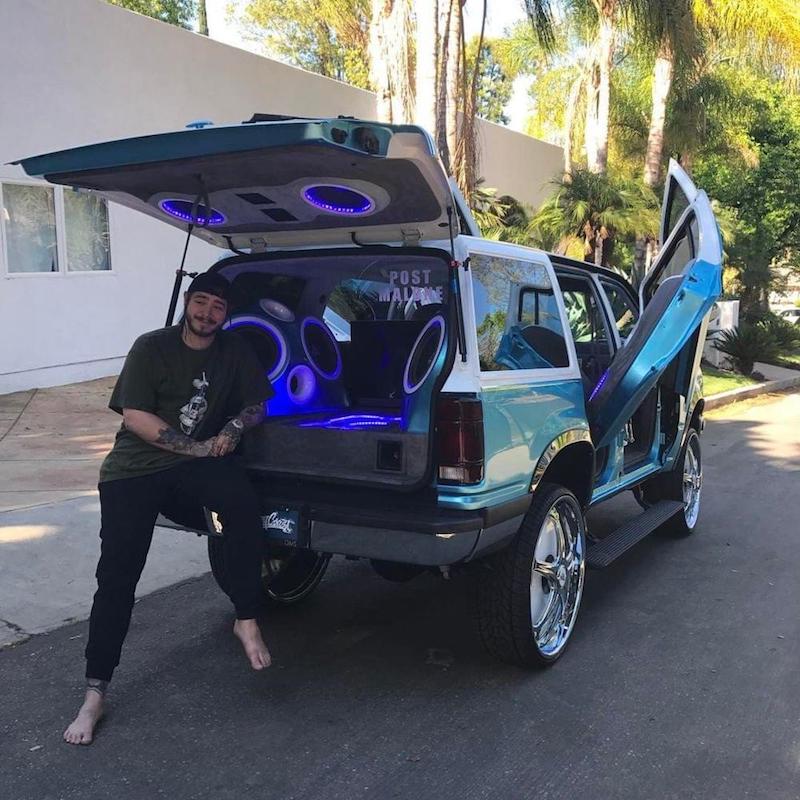 Malone continues his lavish talks about his lavish lifestyle, expensive vehicles, and his boss status. Also, he warns people not to plot on what he has because it can get ugly.

‘Candy Paint’ was originally recorded for “The Fate of the Furious: The Album” soundtrack.

Malone continues with the car theme. He raps about his Rolls Royce Wraith and taking it out for a drive. Also, he covers other topics.

“Sayin’ I was broke last year, I can’t go back there. Nicotine fiend, couldn’t even buy a pack. She don’t know my music, told her I ain’t mad. Let her cut that coco on my platinum plaque.”

‘beerbongs & bentleys’ is a rhythmic/harmonious album with solid production and detailed songwriting.

Also, it highlights Malone’s struggles, pinpoints his weaknesses and addictions, which are lotion with tears of depression, and materialistic happiness.