Alok, Sigala, and Ellie Goulding release an irresistible dance track, entitled, “All By Myself”

Alok is the biggest artist and internationally acclaimed DJ/music producer from Brazil. Sigala is a London-based house DJ, producer, and remixer. Ellie Goulding is a multi-platinum-selling singer-songwriter from Hereford, England. Not too long ago, they released an irresistible dance track, titled, “All By Myself.”

Alok, Sigala, and Ellie Goulding – “All By Myself” single

A rarity and an honor, Depeche Mode gave Alok, Sigala, and Ellie Goulding the first green light ever to use their “Enjoy The Silence” sample. The sample is used in the drop of “All by Myself,” which concentrates all the elements, including Goulding’s glossy vocals and Alok and Sigala’s flawless production, into a smash hit for the Fall season. The holy grail of samples, Alok wanted to use it with the respect the song deserves, and all artists are very pleased with the outcome, turning this release into a top priority for all. 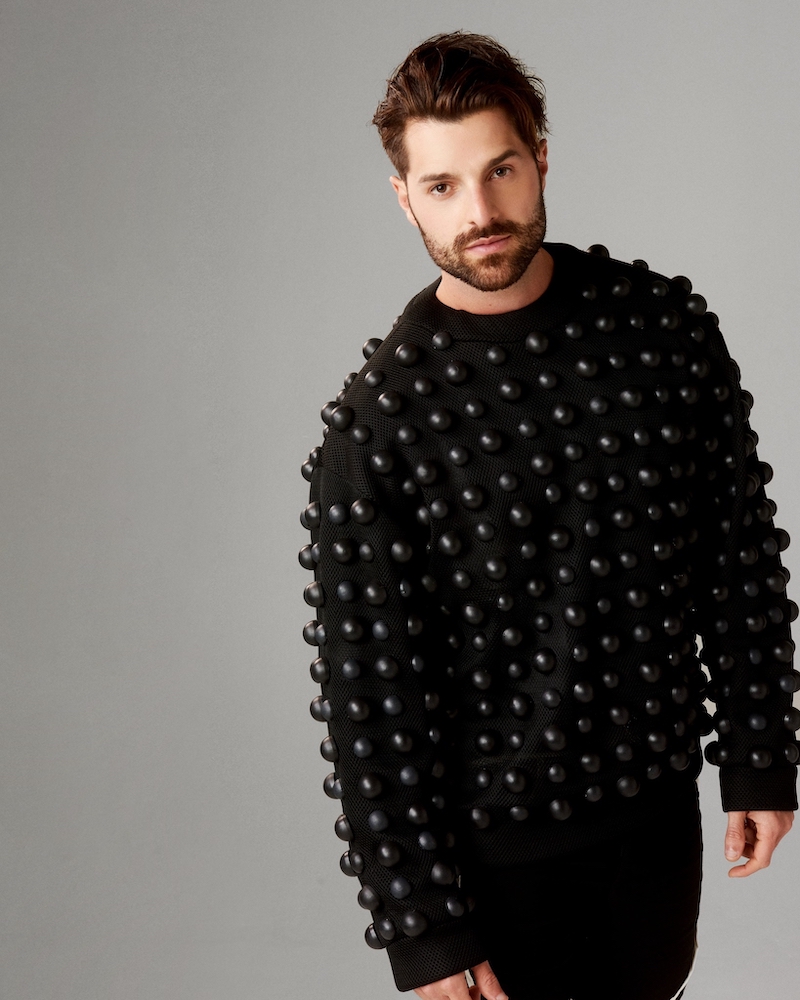 “It was a pleasure to work with Ellie and Sigala on this track. And such a huge honor that the electronic music pioneers Depeche Mode liked it enough to give us the legendary ‘Enjoy The Silence’ sample and let us officially release it. We are all so thrilled with how it came out!” – Alok stated

Alok was voted #4 DJ in the world by DJ Mag with a remarkable 70 million social media followers. He is known best known for global hit singles like “Hear Me Now” and his chart-topping remix of MEDUZA’s “Piece of Your Heart,” for which he won Best Remix at the 2020 International Dance Music Awards. Also, Alok is known for his colossal collaborations with John Legend, Jason Derulo, Tove Lo, and most recently Ella Eyre for the #1 sound of the summer, “Deep Down,” which hit #1 on Billboard’s Dance chart and still climbing the streaming charts.

Alok was recently in New York City to launch his remarkable climate change partnership with the United Nations Global Compact and the Alok Institute. “The Future Is Ancestral” project helped kick off New York’s Climate Change Week with a series of informative, international panels and a historic first-ever performance on the rooftop of the United Nations headquarters.

“It was such an incredible experience to work with Alok and Sigala on this new track. They’re both such unique and amazing artists and coming together was a delight. I hope this song gives people the self-love and power that I felt when writing it. We need to make sure we’re loving and taking care of ourselves so we can receive the same from those around us.” – Ellie Goulding stated

Ellie Goulding‘s empowering vocals have made her a world-renowned artist and have led her to win such accolades as Best British Female Solo Artist. Goulding has become one of the UK’s best-selling female artists with over 23 Top 40 singles, including three number-ones. Her biggest single “Love Me Like You Do” quickly climbed the U.K. charts to number one and has over two billion views on YouTube. Also, her fearless and ethereal vocals have made her the go-to artist for top charting collaborations with artists such as Calvin Harris, Diplo, and Big Sean. 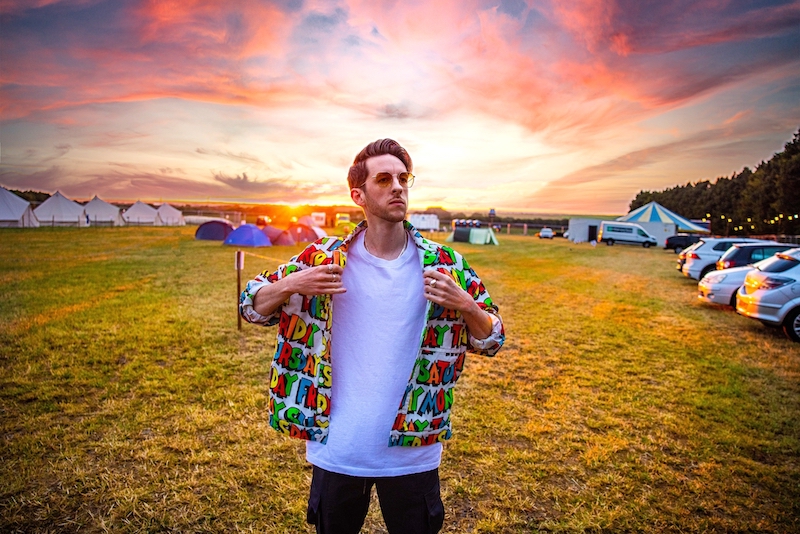 “Such a pleasure to work with such talented individuals, I’ve been wanting to work with Ellie for a while so it’s great to finally collaborate.” – Sigala stated

Sigala is uniquely renowned for his cheerful dance-pop sound. He has made a name for himself as one of the most-played British DJs on UK radio. Sigala burst onto the scene with his single, “Easy Love,” a Jackson 5 sampled track that has over 150 million views on YouTube, which quickly topped the U.K. singles chart at number one. Sigala continued to release blazing bright tunes with artists such as Hailee Steinfeld, Craig David, and Paloma Faith. These collaborations have earned him over seven platinum singles, nine gold singles, and ten million worldwide sales.

In 2018, Sigala released his highly anticipated debut album, “Brighter Days,” featuring collaborations with Kylie Minogue, Sean Paul, and Meghan Trainor among others. Sigala’s album became the highest-charting dance album of 2018 and received the honor of a BRIT-certified Silver certification.

“All By Myself” single 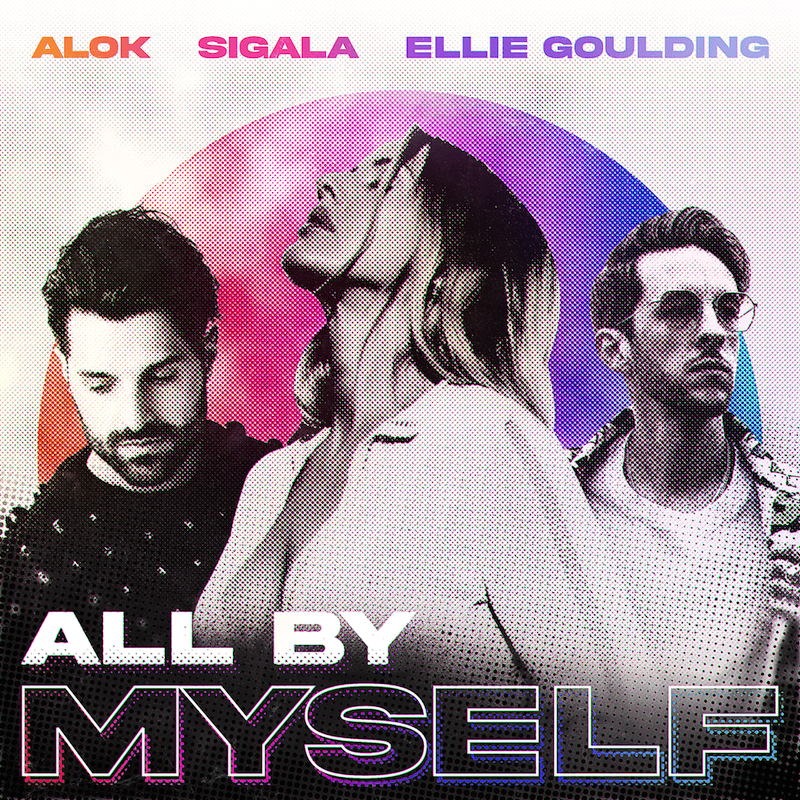 We recommend adding Alok’s, Sigala’s, and Ellie Goulding’s “All By Myself” single to your favorite dance playlist. Also, let us know how you feel in the comment section below. Mel Blanc’s famous catchphrase, That’s All Folks! Thanks for reading another great article on Bong Mines Entertainment – the hot spot for new music. Always remember that (P) Positive, (E) Energy, (A) Always, (C) Creates, (E) Elevation (P.E.A.C.E). Contact us on social media via Twitter, YouTube, Instagram, or Facebook, and let us know what’s going on. Disclaimer: This post, contains affiliate links, and we may be compensated if you make a purchase through links on our website.