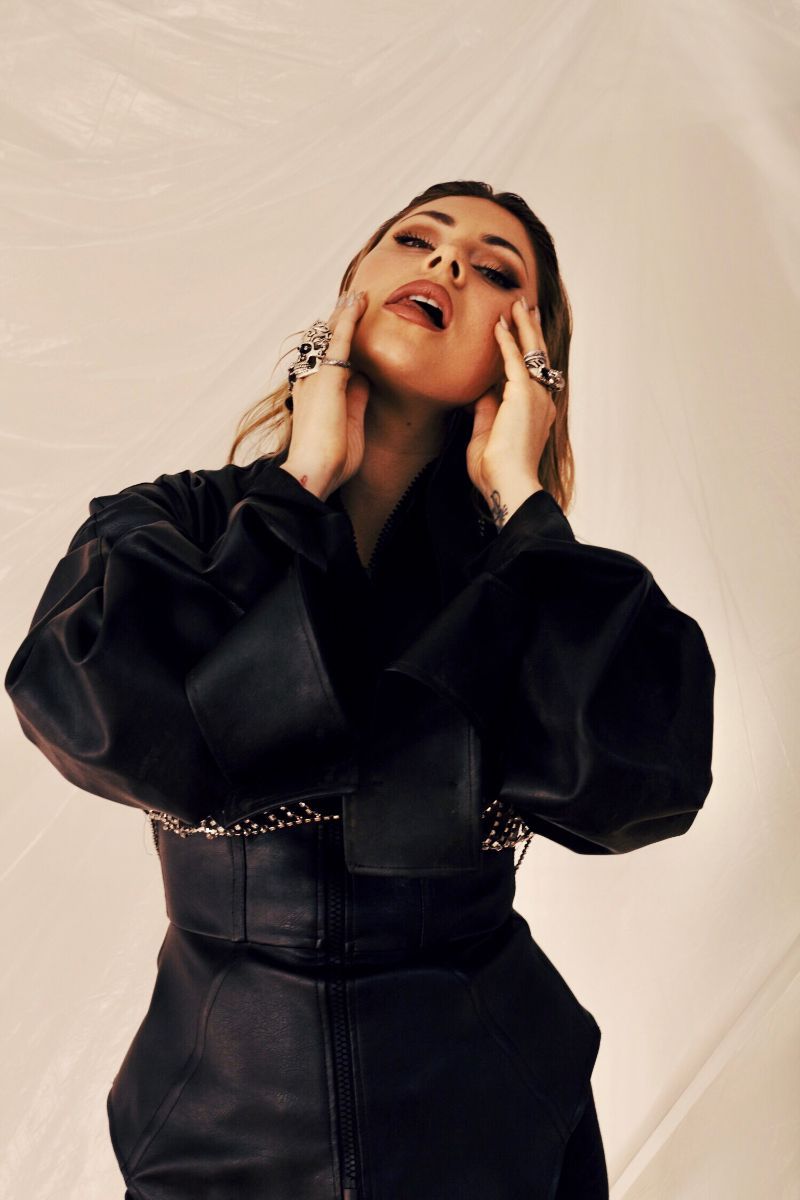 Empara Mi is a London-based singer-songwriter and producer from Guernsey. Not too long ago, she released an epic music video for her “WYGD” single.

“I wanted the video to be a metaphor for the saying ‘knock me down 9 times, but I get up 10’. We wanted to be relatively method with it because we wanted it to feel real and a bit shocking so people could feel the sentiment of the song, which is of both fear and strength. The strength in this video comes from knowing you can survive anything that is thrown at you, that’s what I want to leave people with, a little bit of hope.” — Empara Mi

‘WYGD’ addresses ownership of self-worth and breaking free from people who hold you back. The deadly yet self-empowering audiovisual (directed by Filmawi) is intense as it is graphic and dark. Also, the thrilling video finds Empara Mi exposed to disturbing violence.

“What you gonna do about it?”

“Be silent, never let your jaw drop low. Go waste it on another girl. So, be silent, everybody here’s alone. Be silent. Drink until you sober up. You were only nice to me when you were being silent. Now you want to light me up. So what you gonna do about it?” – lyrics

‘WYGD’ will be featured on Empara Mi’s upcoming mini-album, entitled, “Suitcase Full Of Sins”, set to be released on February 21, 2020. The anticipated project will contain a collection of Empara Mi’s previous tunes as well as new material.

Also, the project will showcase her journey so far, since her emergence in 2016 with debut single, entitled, “Wanderlust”. Right through to today, where she has unveiled singles such as “Ditch”, “Blood in the Water”, and “Shine On You”.

“‘Suitcase Full Of Sins’ is a compilation of all of my demons over the past five years. I wanted to pour all the fractured states of my mind into the music, hence the journey between chaos and complete solitude but always with a side of EXTRA. I was lucky enough to work with some incredible producers, Andrew Dawson (Kanye West, Childish Gambino) and Owen Cutts, to create a world around the songs with no fear of genre, which is why each song feels more like a scene from a movie as they each play their own role in the album.” – Empara Mi

We recommend adding Empara Mi’s “WYGD” single to your personal playlist. Also, let us know how you feel about it in the comment section below.