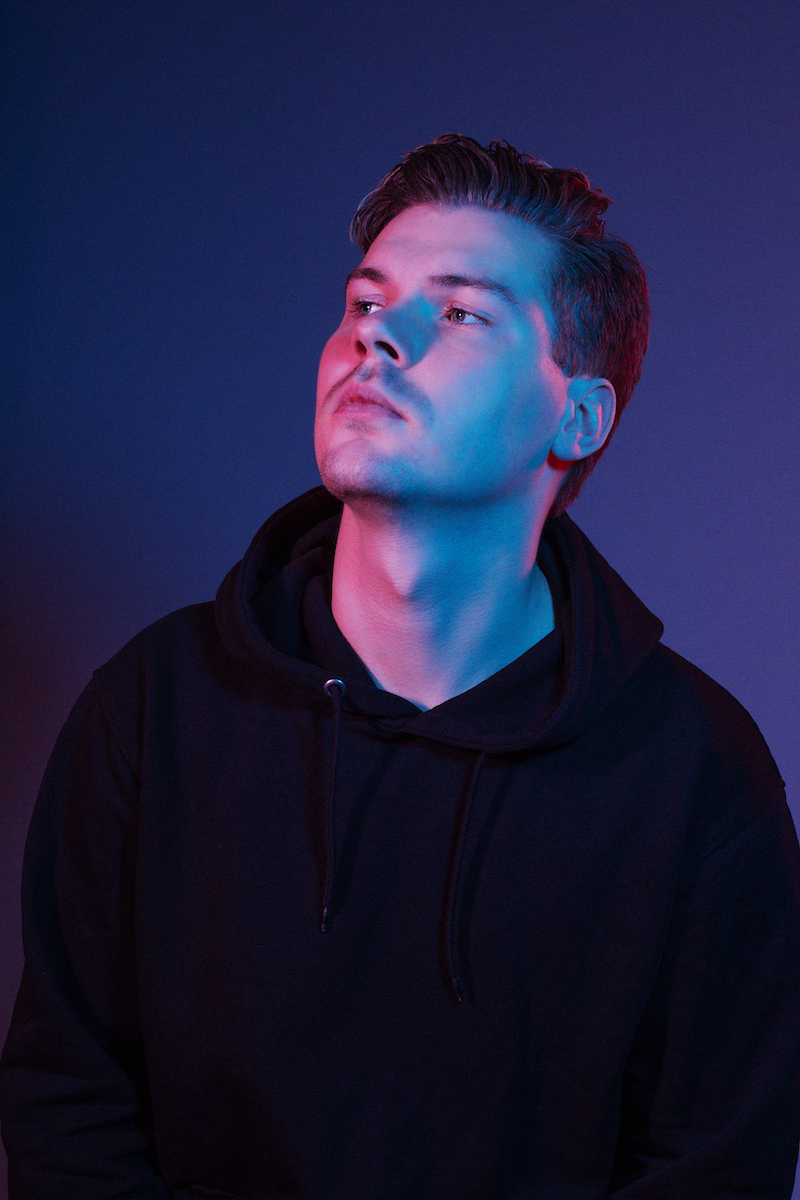 Discrete (August Ramberg) is a twenty-two-year-old songwriter, producer, and engineer from Stockholm, Sweden. Not too long ago, he released an electro-pop tune, entitled, “Trippin’ Bout You”, featuring ANGEL.

“When you miss someone enough, you realize that parties and drugs aren’t enough to distract or comfort you. I believe everyone who’s experienced heartbreak can relate to some extent. There is no way around facing the truth.” – Discrete

‘Trippin’ Bout You’ tells an emotional tale of a young woman who is hooked on her significant other’s energy.

Apparently, she drinks and smokes to cope whenever she thinks about her partner who she considers her only antidote to experiencing love.

“I finished the instrumental in the summer of 2018. Deko and I wrote the verses shortly thereafter, but it wasn’t until ANGEL and EJAE joined the team that the rest of the song fell in place. The four of us wrote the killer pre-chorus that fall. We had tried a few other singers on the early demos and struggled to envision the song as coherent. When we recorded ANGEL’s vocals, we felt it was a perfect match.” – Discrete

Discrete grew up in a creative household and discovered music production at the age of thirteen.

Since then, he has developed his production versatility on solo projects and has written for other artists in just about every musical genre.

Recently, he enjoyed the #1 position on the Japanese album charts for his work on Kis-My-Ft2’s Free Hugs!. So far, his first two singles have amassed over 35M plays across all platforms.

We recommend adding Discrete’s “Trippin’ Bout You” single to your personal playlist. Also, let us know how you feel about it in the comment section below.