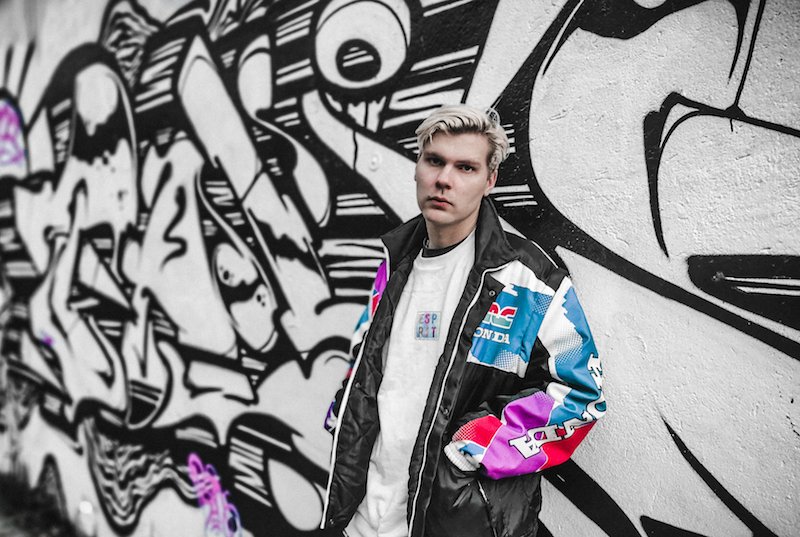 Discrete (August Ramberg) is an electro-pop connoisseur and multi-talented artist/producer from Stockholm, Sweden. Not too long ago, he released a feel-good summer tune, entitled, “Stupid Things”, featuring singer Neville.

“We could be driving through the city, no red lights keeping us busy. Holding hands while you are shifting, no way you and I are drifting. Nah, taking the highways, feeling the highs. Gas on low, we don’t mind. When we’re driving through the city, only you and I existing. So were driving across the hills, high enough to get chills, yeah. Do you feel what I feel? I feel like doing stupid things.” – lyrics

‘Stupid Things’ tells a flirtatious tale of a young woman who drives through an empty-street city on a Friday night with her significant other. Apparently, she has a die-hard crush on her companion, who might be the cause of her future heartbreak. Later, she reveals that she’s willing to sin and do stupid things with her partner.

The five-track project focuses on themes such as relationships, reflections, and bettering one’s self. Also, it is filled with uplifting, splash-filled melodies that don’t confine to one genre.

Focus track and upcoming release, “Run Away“, sees Discrete collaborate with well-respected Swedish songwriter, Alex Shield, who is launching his own project under the name of KELLYKKE.  Combining crisp beats and breezy synths that flow graciously together; Discrete and KELLYKKE explore urges for self-discovery and new beginnings.

“KELLYKKE and I met for the first time last summer, and we’ve been working on a lot of songs together since. He came up with an idea for a song using a guitar and his vocals, and before we knew it RUN AWAY was born. We ended up experimenting until we finally found a middle ground that fitted both of our sounds. I feel humbled that he wanted to release his first single as KELLYKKE with me.” – Discrete stated

Having over 300 million streams to his name, KELLYKKE has been involved in ground-breaking projects, including co-writing Swedish P3 Radio Pop Song of the year, and several songs on Molly Sandén’s Swedish Grammy’s Award-winning full-length, which won in three categories.

On Spotify alone, “Typo” has already surpassed over one million streams. The closing number, “Better Days” sees Discrete collaborate with lifelong friend, Chris Collins, to create an ‘80s-inspired synth-pop number that focuses on the struggles and pain caused by long-distance relationships.

“As an artist, I always aim for growth and want to stay away from focusing on one particular genre. People have always told me to ‘find my sound’ which is something that I like to keep in mind. I like the thought of my audience not knowing what to expect when I release music.” – Discrete

Discrete has an impressive catalog of music that has accumulated over 65 million plays across various platforms online. Therefore, we recommend adding his “Stupid Things” single to your personal playlist. Also, let us know how you feel about it in the comment section below.