Lola Lennox is an LA-based singer-songwriter and musician from London, England. Not too long ago, she released a fantastic music video for her “Want More” single.

The dynamic visual was filmed in Los Angeles and directed by Grace Pickering (Dua Lipa, Calvin Harris, Khalid). The video invites viewers into Lola’s hyperreality using color, stop-motion, and symbolic objects to highlight the frustration in always craving more. Furthermore, the video, shot on 16mm film, finds Lola flit between scenes inside a brightly lit white bedroom. As the song evolves, more colorful scenes are displayed in a garden.

‘Want More’ is laced with a gritty, driving beat to compliment Lola Lennox’s signature soulful vocals. The song is a sensational, summer anthem-in-the-making. Lyrically, “Want More” touches on an age-old human condition of focusing more on what you want than what you already have. Also, the song details the frustrating discovery that the grass rarely turns out to be greener on the other side.

“‘Want More’ is a commentary on a world where consumption is at an all-time high. We are told that the more we acquire the better we will feel about ourselves, and yet we seem to be more dissatisfied than ever. We’re motivated by the belief that our internal voids can be filled by love, success, beauty, and so on. And we are inundated with ‘highlight reels’ of other people’s lives on social media. External gratification cannot solve all of our problems. We only drift further away from substantial happiness and self-worth as we strive for more things. ‘Want More’ is that frenzied state of perpetual escapism, a craving to fill a void with fleeting joy in order to feel enough.” – Lola Lennox explained

‘Want More’ is the latest track to be released from Lola’s forthcoming debut EP, available in October 2022. The project was written by Lola Lennox, Edd Holloway, Richard Walters, and Braeden Wright; and produced by Braeden Wright, Edd Holloway, and Annie Lennox. Also, Lennox’s debut will feature previously released singles such as “Love Like That,” “Wherever You Go,” “Back At Wrong,” and “La La Love Me,” alongside new tracks recorded in sessions with Eg White (Adele, Ellie Goulding, Florence and The Machine), and in her Los Angeles studio.

Music has been in Lola Lennox’s blood for as long as she can remember. She has played the piano and sung from seven years old, written songs from the age of 15, and earned a place at the Royal Academy of Music. 2020 saw Lola duet with her mother, Annie Lennox, for their much talked about mid-pandemic performance of “There Must Be An Angel” for Global Citizen One World: Together At Home to an audience of over 270 million viewers.

In 2019, Lola collaborated with Goldfrapp’s Will Gregory on the soundtrack for the “Serengeti” docu-series, which was narrated by Oscar-winning actress, Lupita Nyong’o, and aired in over 35 countries around the world (including the UK on BBC and the U.S. on Discover Network). 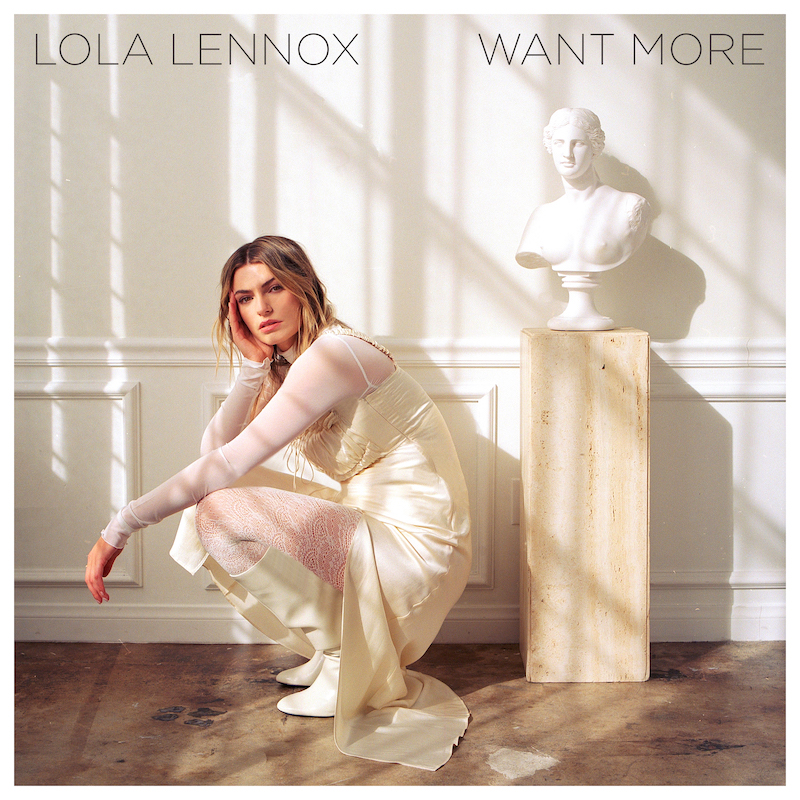 We recommend adding Lola Lennox’s “Want More” single to your favorite contemporary pop playlist. Also, let us know how you feel in the comment section below. Mel Blanc’s famous catchphrase, That’s All Folks! Thanks for reading another great article on Bong Mines Entertainment – the hot spot for new music. Always remember that (P) Positive, (E) Energy, (A) Always, (C) Creates, (E) Elevation (P.E.A.C.E). Contact us on social media via Twitter, YouTube, Instagram, or Facebook, and let us know what’s going on. Disclaimer: This post, contains affiliate links, and we may be compensated if you make a purchase through links on our website.