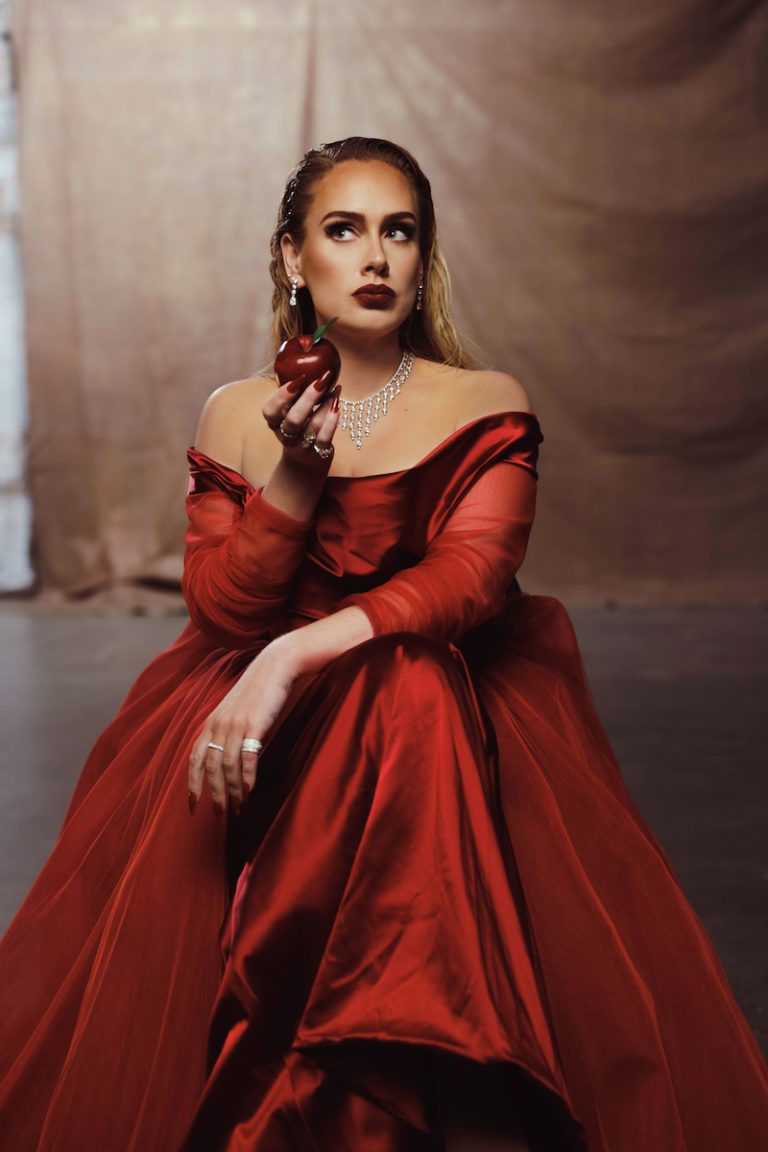 Photo by Raven B. Verona

Adele is a global pop superstar from London, England. Not too long ago, she released a spectacular music video for her “Oh My God” single.

“I ain’t got too much time to spare but I’ll make time for you to show how much I care. Wish that I would let you break my walls but I’m still spinning out of control from the fall. Boy, you give good love I won’t lie. It’s what keeps me coming back even though I’m terrified. I know that it’s wrong but I want to have fun. Oh my, god, I can’t believe it. Out of all the people in the world – what is the likelihood of jumping out of my life and into your arms?” – lyrics

‘Oh My God’ tells an intriguing tale about a young woman who finds herself wobbling on the edge of heaven and hell. Apparently, she’s losing her mind while grappling with an internal battle that she can’t fight. Also, she’s a grown woman who does whatever she wants to do. Therefore, she doesn’t have to explain herself to anyone.

The music video reunites Adele with the director, Sam Brown, who directed her 2010 video for “Rolling In The Deep.” The video’s energy and movement underscore the song’s immediate and sultry tone as Adele asserts, “I know that it’s wrong, but I want to have fun.” Furthermore, “Oh My God” is featured on Adele’s latest album, entitled, “30,” via Columbia Records.

“I’m a fool but they all think I’m blind. I’d rather be a fool than leave myself behind.”

‘30’ continues to dominate charts around the globe and is officially certified 3x Platinum in the U.S. and 2x Platinum in the U.K., Ireland, France, and Korea. Released last November, the acclaimed project is the biggest selling album of 2021, and in the U.S. has been #1 on Billboard’s Top Album Sales chart for seven weeks. Also, “30” is the fastest-selling album of 2021 and the only album to sell over one million copies in pure album sales.

Adele – “Easy On Me” music video

“There ain’t no room for things to change when we are both so deeply stuck in our ways. You can’t deny how hard I have tried, I changed who I was to put you both first. But now I give up. Go easy on me, baby, I was still a child. Didn’t get the chance to feel the world around me. I had no time to choose what I chose to do, so go easy on me. I had good intentions and the highest hopes. But I know right now it probably doesn’t even show.” – lyrics

The album’s lead single, “Easy On Me,” is a global smash and has occupied the #1 position on Billboard’s Hot 100 chart for eight weeks. The song is currently the #1 song on U.S. Top 40 radio for the sixth week, surpassing Adele’s previous best record with “Rolling In The Deep” at five weeks in 2011. Upon release, “Easy On Me” was the most added track to U.S. radio and the most played track in a single week.

“Some of the songs on this album could really help people.”

On January 21, 2022, Adele will kick off her previously announced Las Vegas residency, WEEKENDS WITH ADELE, at The Colosseum of Caesars Palace Hotel.

We recommend adding Adele’s “Oh My God” single to your favorite contemporary-pop playlist. Also, let us know how you feel in the comment section below. Mel Blanc’s famous catchphrase, “That’s All Folks!” Thanks for reading another great article on Bong Mines Entertainment – the hot spot for new music. Furthermore, always remember that (P) Positive, (E) Energy, (A) Always, (C) Creates, (E) Elevation (P.E.A.C.E).