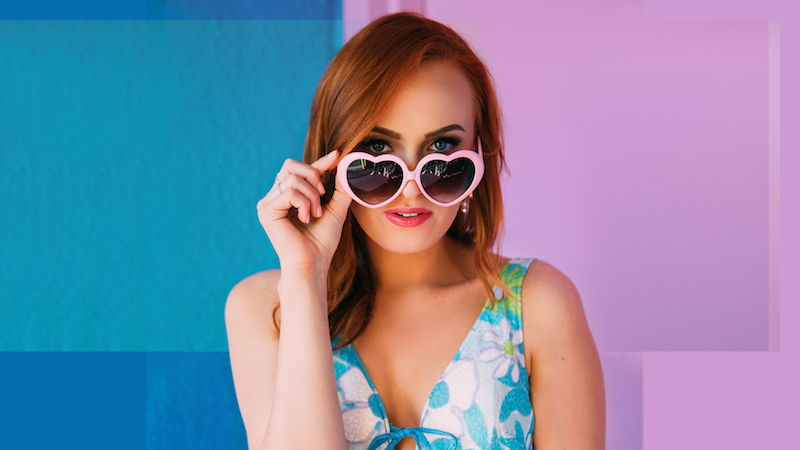 Kara Connolly is a Los Angeles-based singer-songwriter. Not too long ago, she released a cool lyric video for “Nice Guy”, the second single from her upcoming debut album, entitled, “Life in Rear View”.

“There’s something incredibly sexy about someone who makes it known that they care about you. And that person is kind, compassionate, trustworthy, intelligent, and supportive. In my world, the nice guy gets the girl and has all the fun.” – Kara Connolly

‘Nice Guy’ tells a lovely story about an independent woman who knows exactly what she wants—a nice guy who cares, isn’t around only for the weekend, and he’s into her and not her friends.

The woman has long-term relationship goals and wants a man that’s built to go the distance. If he treats her right, he can spend the night. But if he treats her wrong, then the front door might hit him on his way out.

While the majority of women favor bad guys who are into that ‘wham bam thank you ma’am’ type of thing, the singer favors the nice guys and finds them attractive.

“My goal was to create something fun and honest that you could sing to, with hopes that after a second listen you may realize you’re singing something empowering. Or maybe you never realize it. Maybe it’s just a song to sing along to in the car with your best friends. And that’s great too. But my hope is that the message subconsciously seeps in one way or another.” – Kara Connolly talks about her “Nice Guy” song

“Nice Guy” is an inspiring, popcorn-ish pop tune with a buttery feel. It consists of great storytelling, charismatic vocals, and superbly mastered instrumentation.

The song paints a fair narrative and argues a valid point that a nice guy should be rewarded first prize not last. Also, women who are into the wrong type of guys should reevaluate their thinking and consider choosing the nice guys who will treat them right.

“I feel very called to empower and connect with the next generation of young women. To hopefully inspire them to acknowledge their own worth and not put up with the kind of treatment that my generation and those of the past have experienced. I believe in the power of music to inspire. And I hope that through humor and heart my songs can make a difference in these girls’ lives.”

In conclusion, Kara Connolly’s “Nice Guy” single has an evergreen message. Therefore, we highly recommend adding it to your personal playlist.