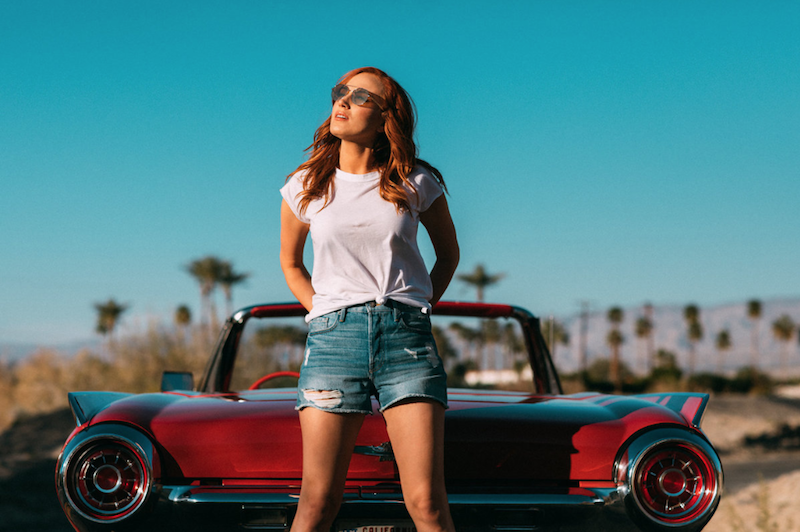 Kara Connolly is a Los Angeles-based singer-songwriter. Not too long ago, she released a music video for “Life in Rear View”, her debut single from her upcoming full-length LP bearing the same name.

“Maybe you could bottle up and throw to sea letters I send. Let the feelings sink to depths that words and art can’t comprehend. I just don’t know how to be a memory.” – lyrics 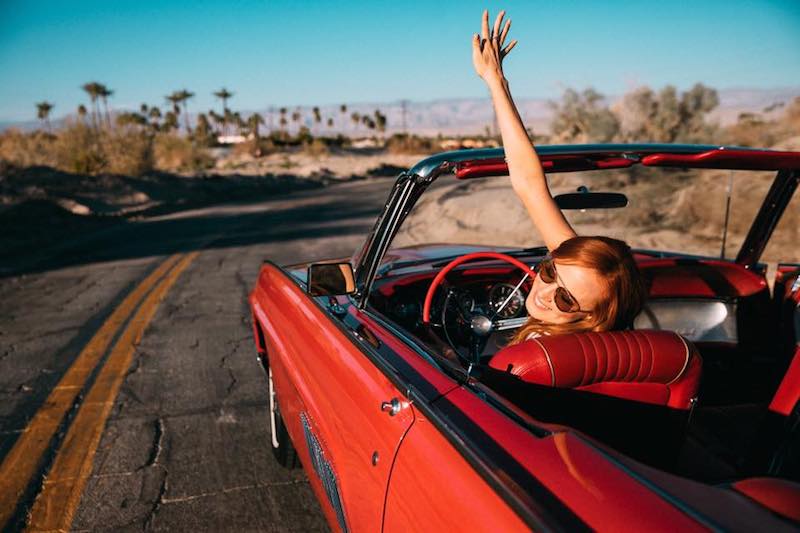 The cinematic music video takes place in the desert, where the singer’s journey begins with an emotional ending. Feelings flare as she drives a classic cherry-red convertible on an introspective road trip from breakdown to breakthrough.

“I’m relentless. I have a hard time letting go of the things I love. Even if I’ve outgrown them.” – Kara Connolly

The following scene finds Connolly carrying a box. Inside of it are items representing all of the people, ideas, memories, and things she was clinging on to. These sentimental objects produced an emotional weight on her shoulders. So she decides not to drag them around any longer. Eventually, she burns the items, including intimate letters from her ex. After the arson, she feels liberated because she just let go of her past.

“The ex’s items and letters I burned in the video were all sent in from actual fans, friends, and family members. They related to letting go of something or someone that no longer serves them. We wanted there to be a communal aspect to the video. In certain spiritual traditions, burning rituals are believed to aid in the release and healing of the past. They represent letting go of all attachment and leaving space for what’s new, freedom. I thought, perhaps, we could all find a bit of that freedom together.”

Connolly stated that the song and video were created as a sort of bittersweet journey back to herself.

“I wrote the song during a period of transition. My high school sweetheart and I ended our 6-year relationship. My childhood dog was dying. Home life was tumultuous. I was graduating from college and uncertain about my future in all regards. I didn’t know how I was going to survive so many changes at once.”

It was at this pivotal moment that Connolly realized she could either cling desperately to the past, stuck in the rearview mirror as life passed her by, or jump in the driver’s seat and move forward. 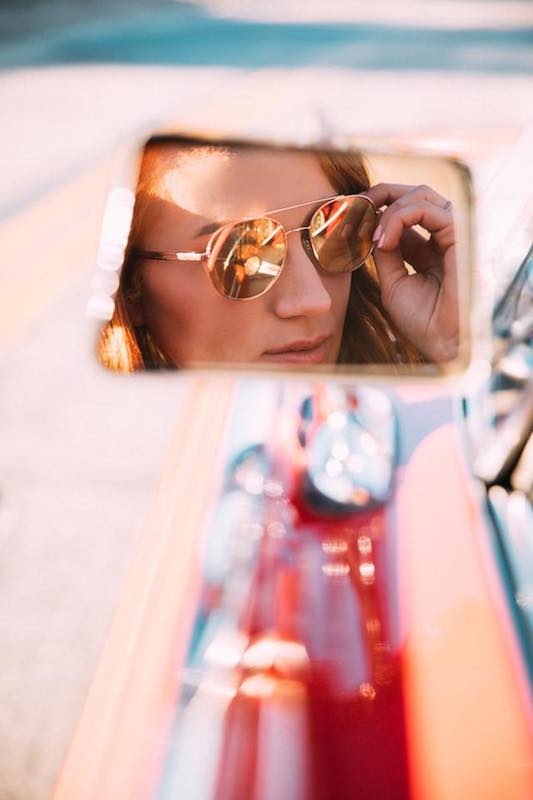 “The song reminds me to surrender. Which I think sometimes is seen as a defeat, as giving in or giving up. But, lately, I find surrender to be liberating. To me, it means releasing the situation, allowing and accepting what is, instead of fighting it. There are peace and grace to be found in that space.”

In conclusion, Kara Connolly’s “Life in Rear View” is an inspiring single. Therefore, we recommend adding it to your personal playlist.