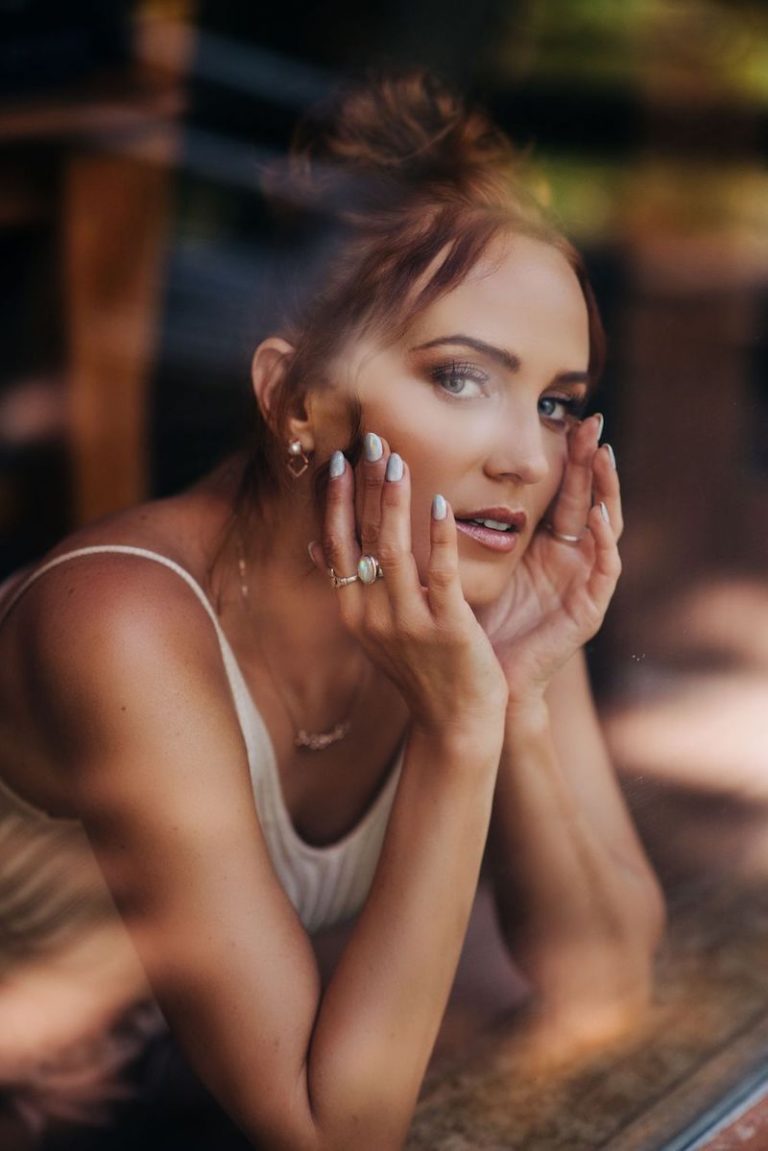 Kara Connolly is a singer-songwriter based in Los Angeles, California. Not too long ago, she released a delightful alternative-pop tune, entitled, “Something More,” which was produced and mixed by Dan Sadin, and co-produced by Kara herself (a first for the artist). Also, the song was mastered by Randy Merrill (Taylor Swift, Lorde, Maren Morris, Harry Styles).

“It’s embarrassing to admit, but I often find myself in this dark place of falling trap to striving for some ever-moving target and unable to stop out of the fear that I may lose what I’ve worked so hard to build. There’s always something more—to do, to be, to know—but lately, I’m exploring the idea that there’s got to be something more than that way of life and all of this also, which is what inspired the new song.” – Kara Connolly explained

‘Something More’ contains a thought-provoking narrative, contemporary country vocals, and tuneful melodies that will resonate well with fans of The Cranberries, Cocteau Twins, and Wilson Phillips. Also, the song possesses vibrant instrumentation flavored with ‘90s-inspired alternative-pop reminiscent of sad, but hopeful bangers such as Lorde’s “Green Light” or Haim’s “Now I’m In It.” Furthermore, “Something More” urges listeners to dance and good-cry at the same time.

“I wrote this song when I felt stuck, exhausted, and, quite honestly, depressed. My co-writer and producer, Dan Sadin, and I started working on it right before the quarantine hit. We had written the lyric—Maybe time will stop if I can slowly break it. And then, in a twist of fate, time really did stop in a way. The song took on new meaning for me as we produced it through the lockdown, collaborating via Zoom. I was recording vocals in my closet with scarves and sweaters hanging on the wall to recreate the qualities of a vocal booth. I’m influenced by so many different sounds and artists that I doubt I’ll ever make the same record twice.” – Kara Connolly explained

‘Something More’ is something different. A departure from the sweet and sunny, acoustic-driven pop that Kara Connolly established on her debut. This versatility is one reason why she is frequently asked to lend her writing and storytelling skills to other artist’s projects. So far, she has landed prime real estate on official Spotify editorial playlists. Also, she has received major film, television, and ad placements with Instagram, Lionsgate, ABC, Netflix, and Showtime in the last year alone.

“I can tell I’m getting close; I can almost taste it.”

“As we slowly exit this pandemic and return to whatever new normal exists for us, I hope we don’t forget the lessons we’ve learned in isolation. There has to be something more than the paint-by-numbers; work until you’re burned out, constant comparison, and power struggle that we’ve gotten used to. Which are reinforced generation to generation. There have been a few moments in my life where everything just seemed to make sense and click. As though there is some intricate web, beyond my current understanding, connecting our experiences and us all. That’s something I find hope and beauty in.” – Kara Connolly explained

Kara Connolly has accomplished a lot, despite being a wholly independent, self-supported artist. She ended 2019 nominated for two Hollywood Music in Media Awards (Best Independent Music Video and Best Message Song/Social Impact). Furthermore, she landed on the first-round GRAMMY® ballot for “Best Pop Vocal” album. Also, she ranked in industry insider, Music Connection Magazine’s December issue as one of their Top 4 Unsigned Artists/New Music Critiques of the year. Since then, Connolly has invested in a tiny home studio and has a co-producer credit on her new track.

“All I know is what I know and it don’t mean a thing.”

“I’ve always been very involved in all aspects of my music and my visuals. But now even more so than ever before. I used to approach recording from a songwriter’s perspective—mostly thinking about the progression, the lyric, and the melody. But I’ve since learned to hear production while I’m writing. I have a pretty strong idea of how I want each individual song to feel and sound this go-around. Also, I haven’t been willing to compromise as much on that. Which is different from my last record.” – Kara Connolly stated

Not too long ago, Connolly released her very first record, “Life in Rear View,” to sold-out shows at LA hotspots such as The Hotel Cafe and Interscope’s The Peppermint Club. Needless to say, her devoted supporters (“Karakeets”) had a lot to tweet about.

‘Something More’ brings us hope for a better world. Also, the song serves as a tasty appetizer to what listeners can expect to hear from a brand new Kara Connolly in the near future.

We recommend adding Kara Connolly’s “Something More” single to your favorite alternative-pop playlist. Also, let us know how you feel in the comment section below. Mel Blanc’s famous catchphrase, “That’s All Folks!” Thanks for reading another great article on Bong Mines Entertainment. And always remember that (P) Positive, (E) Energy, (A) Always, (C) Creates, (E) Elevation (P.E.A.C.E).