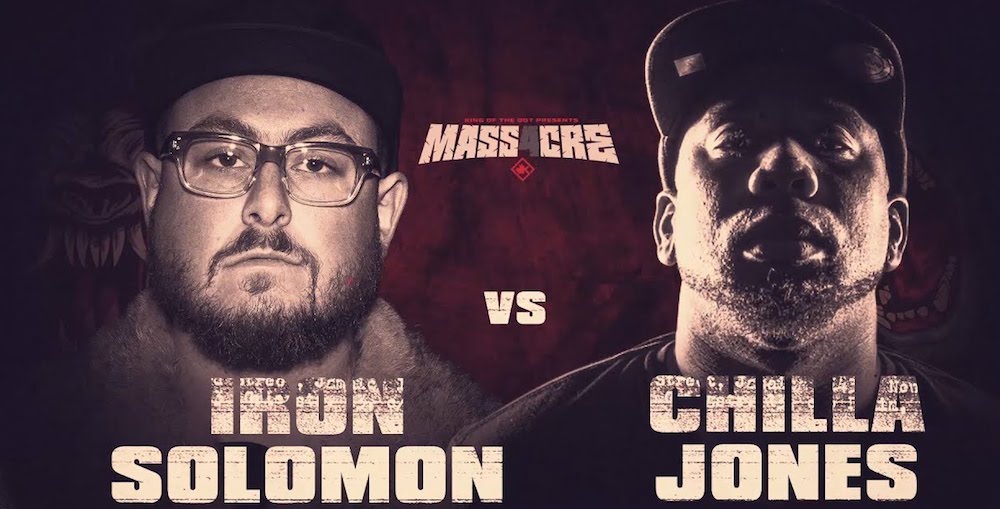 Iron Solomon is a legendary battle rapper out of New York City. And Chilla Jones is a highly respected battler from Boston, Massachusetts. Not too long ago, they put it all on the line in their epic rap battle at King of the Dot’s #MASSacre4 event in Massachusetts.

Poison Pen, Bishop Brigante, and Gully TK hosted the festive event. The audience was there to hear clever schemes and witty punchlines, and boy, did they get their money worth.

Chilla Jones – Round One 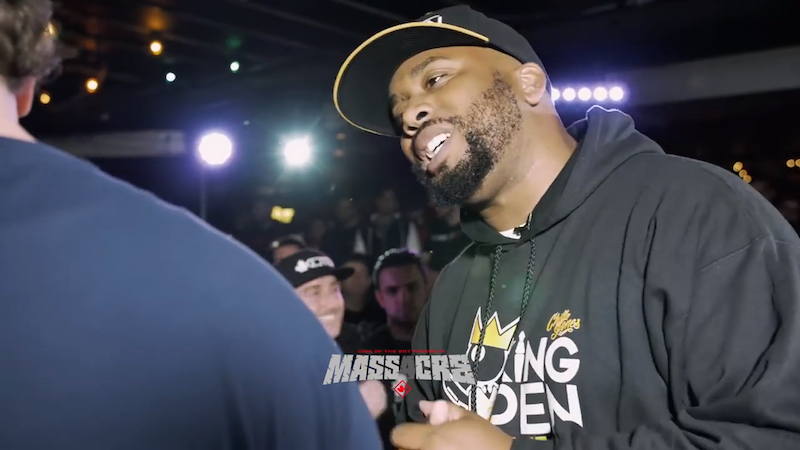 “What up Iron, Aaron? Now that I see what I am hearin’, I’m eyein’ Aaron. Gunshots is what I am hearin’, hit Iron, Aaron when I’m in errand. I’ll point a gun down at his young child. Do Iron, Aaron with iron airing. Soon as I am near him his head explode. They need a bowl to put his eye and ear in. Now Iron, Aaron on the side of caution. I ain’t a regular rapper, boy, every bar cold (barcode). But, maybe it will register after.”

Chilla continued scheming and punching, having fun with Solomon, pretty much treating him like a lyrical punching bag. 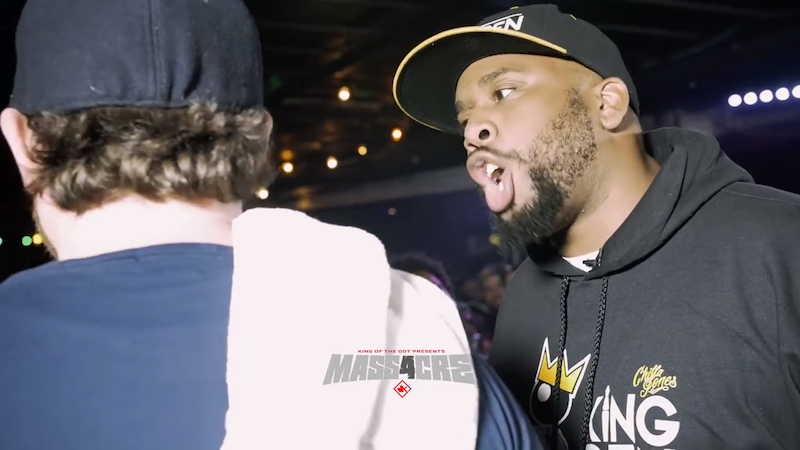 “But amp him up, I’ll use the ‘K ta (cater) serve his head on a platter like hors d’oeuvres since y’all wanna egg on a Cracker. Boy, I’m a relevant factor. I know this ain’t what you planned on. They pulled strings to get you took out, p*ssy, like a tampon. I’m hands on. You came for God then (Gordon). Hey, word (Hayward). I told him ‘break a leg’ from the jump. Just hope his punches don’t land wrong. My fan’s strong, of course I’ma sell tics (Celtics).”

Then, he proceeded to pick apart whatever street persona Solomon has. To do this, he attacked the vulnerability in his opponent’s armor. 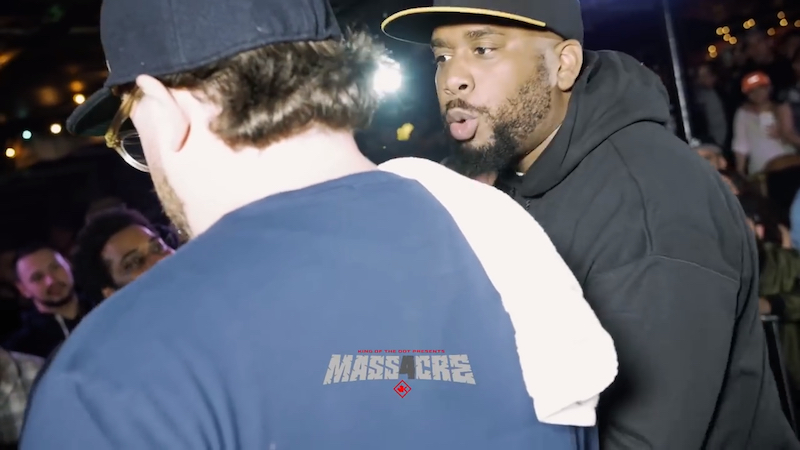 “But do your research, and any good enemy would find…iron ain’t touched an arm since Penny from Good Times. F*ck them hood rhymes. Actin’ like you sprayin’ a burner. Summer Madness is the only time you was facin’ a murder (Murda). When Mook was done with you…All they found was your glasses and a Skittles bag.”

Sidebar: Murda Mook, a battle rapper from Harlem, New York, beat Iron Solomon all five rounds in their one-sided matchup at one of URL’s Summer Madness events. During the battle, Mook threw Skittles at Solomon while attacking him with a Trayvon Martin scheme.

Chilla told Solomon he’s the reason why there’s metal in Logan (Wolverine) because he’s William Stryker. Therefore, he wouldn’t hesitate to shoot him on the couch like a Vlad interview.

Solomon, after absorbing some powerful punchlines from Chilla Jones, appeared unharmed. He labeled Chilla a watered-down version of Rum Nitty and addresses other battle rappers like Aye Verb and The Saurus (Peter Morris). 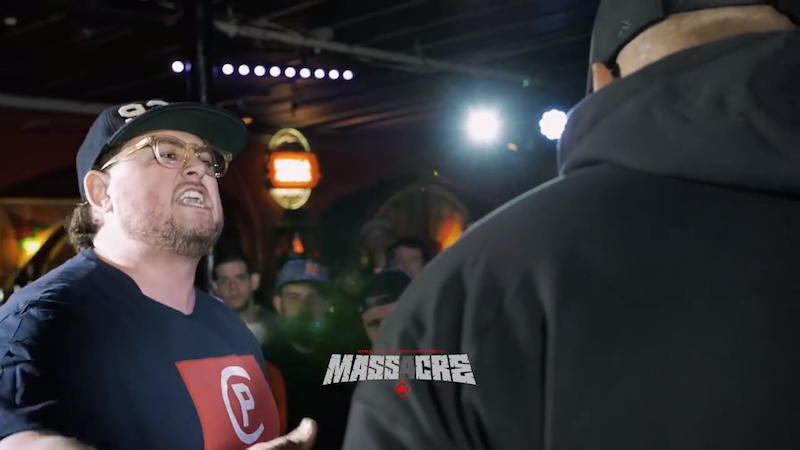 “(1) This battle would’ve never happened if Aye Verb hadn’t pulled out last minute like his daddy should’ve. (2) F*ck all the rumors. Why I ain’t rematch Peter Morris sooner? Oh, he’s mad he ain’t win the first time, you the sorest (The Saurus) loser. That Greek? Food. I’ll feast at a different venue. Somehow, the Middle East pita (Peter) wasn’t on the menu.” 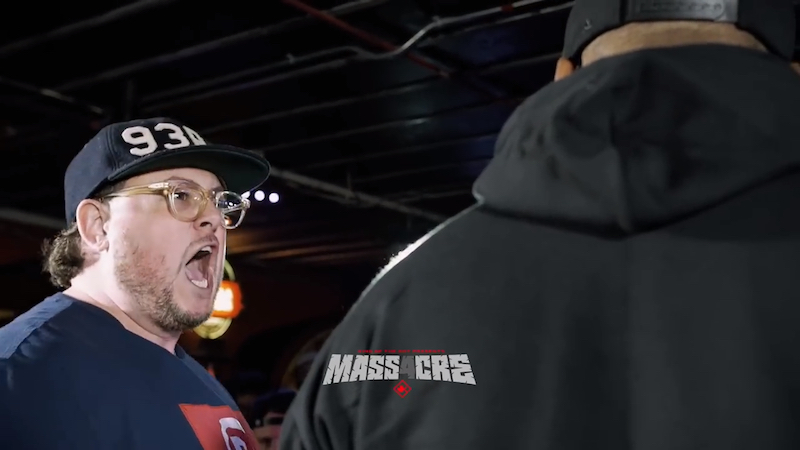 “Y’all matched a toddler, holding a magic marker against a classic author. With the penny, a helpless little girl—Inspector Gadget’s daughter. In Mass, I’m a masked marauder, teaching the class in karma. I’m sick and my fanging farther than Amazon anacondas. The lines that I land are sharper that cuts from a Spanish barber. The last performer from the days of the DAT recorders. When Kane used to smash Madonna. To sand to water, the farmer who plants the seeds that expand the genre. A man of honor, a monster, the gangster, the banker, and a robber. Frank Sinatra could throw a fit together better than cranky toddlers.”

Sidebar: Solomon is feeling himself. He throws a shot at Rum Nitty, a URL battler he had a potential battle-of-the-year with at URL’s “SMACK VOL. 2” event.

After saying he made Nitty look like a bird in “them blue Jays” (possibly the sneakers he was wearing when they battled), he continued snapping on Chilla. 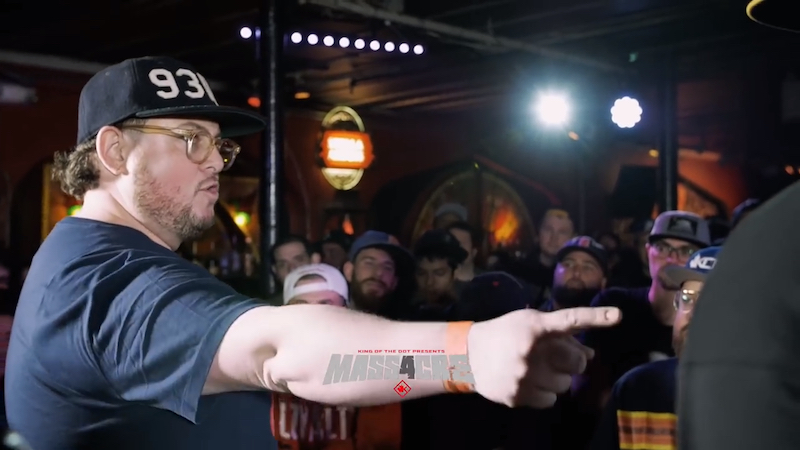 “If you ain’t in the mind frame to like pain, you don’t need the headache to go against my grain (migraine). If every battle you book, the same story retold. Y’all might feel like he’s cold to me, C old, the one trick pony. His schemes are at best, forced. Ridin’ the style he on (stallion) until he beatin’ a dead horse. You won a couple of races now a honkey’s in your way. Who could pen (pin) a tale (tail) to portray him as the donkey of the day? But this jackass’s ego is swollen. It gets ahead of him. This medicine gonna help him reduce that swellin’. I got that Epipen to clog your vein. From now on my name is John McCain. A veteran with something lethal I need to get off my brain.”

Solomon tells Chilla he’s gonna get racked across the yard because he leaves in a bag. Also, he hits him with a fatality move.

For the final two rounds, Iron Solomon and Chilla Jones continue their verbal assault against each other. They drop enough quotable, lyrical schemes, and witty punchlines to satisfy the average battle rap fan.