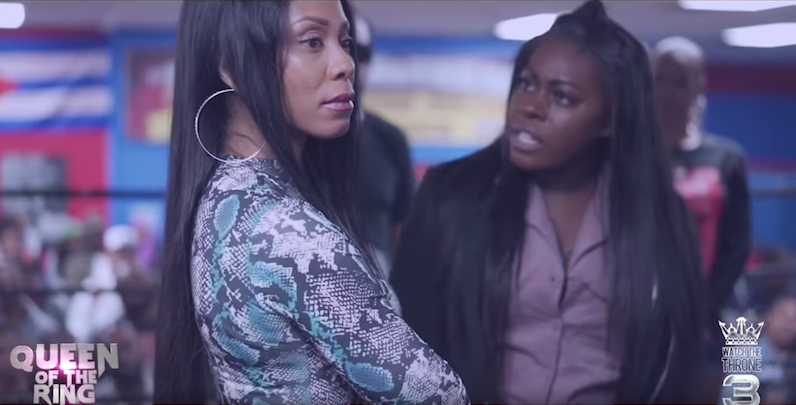 Couture edges 40 B.a.r.r.s in an amazing rap battle via Queen of the Ring

Couture is a battle rapper based in Rhode Island and 40 B.a.r.r.s is a battler from Boston. Not too long ago, the two female emcees battled for battle-rap supremacy during Queen of the Ring’s Watch The Throne 3 event.

“Debo hit my phone like what you doing Queen? And I’m like nothing, just lounging. He said, ‘Well, I got 40 for you.’ I jumped off the bed and said thousand? He said, ‘No 40 B.a.r.r.r.s.’ Oh, the ghetto b*tch who lives in housing. Carlisa Lee Rindrick, right? He said, ‘Right’. Well, then we gotta spar because I heard ni^^as f**king her over nickel bags. Well, just imagine if they got a jar. Can’t take her back to her crib because she lives in shelter, and I’m sorry y’all this is not a bar. But that’s why ni^^as call her Carlisa because you got to f**k Lisa inside a car.” – Couture

Couture came to New York with the semi looking for Lisa (40’s real name) and she found her inside the square circle at the International Boxing Gym.

Couture proved once again why she’s one of the best female battle rappers. Her lyrical setups, stage presence, and flawless performance was nothing short of spectacular. 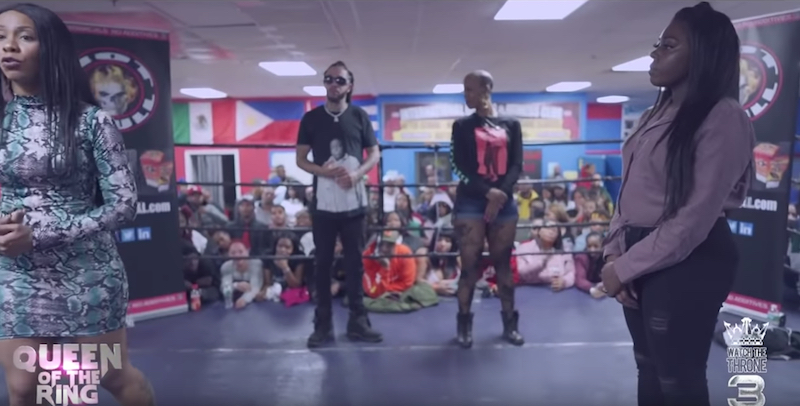 “Your team makes up lies about your opponents. And y’all ni^^as be thinking she be winning shit. Her, her manager, and her brother are all DJs so for the record they be spinning shit. No code for people privacy I seen the pattern she watch what my pen gets. Her broken it’ll take years to put her back together like friendships. Big clips, hit ya head it’s like a tumor in ya melon. Bullets will spread even faster than those rumors you be telling. Telephone with my hitta he’ll give her a quick four. I’ll get couture laid out for cheap like thrift stores.” – 40 B.a.r.r.s

40 B.a.r.r.s came out swinging and landed effective punchlines amidst a few stumbles.

Throughout the battle, she rapped witty lines such as: “Your lies about your false narrative don’t matter. I found out who my father was last year, so b*tch, I don’t know who I am. So try to lie about the inside of my crib, she telling stories are not cool. No one ever been inside my shelter, it was strict and got rules. I overcame my struggle, I ain’t afraid to show the world that. Y’all see my credit score, 702 got me asking where my girls at.”

40’s performance proved why she’s one of the best female battle rappers. Also, her intricate lyrics are top of the line and she has good stage presence. 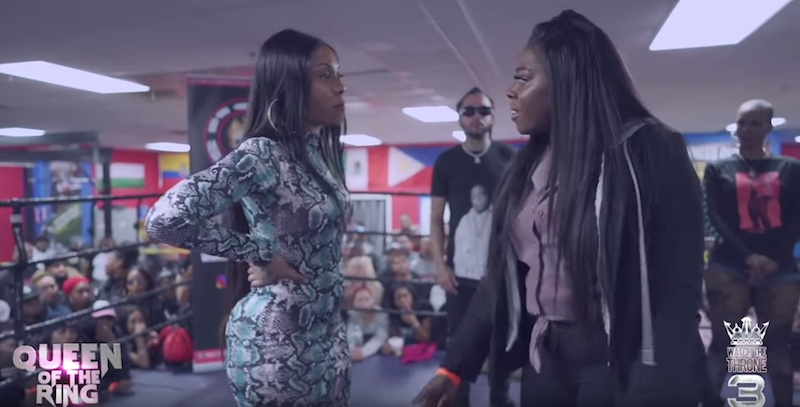 In the end, we award the battle to Couture, two rounds to one, because she landed more impactful punchlines in our opinion. Plus, she had a flawless delivery, top-notch creativity, and a defensive stage presence which nonchalantly blocked some of 40’s bars.

Let us know in the comment section below who you got winning and why. Couture or 40 B.a.r.r.s?