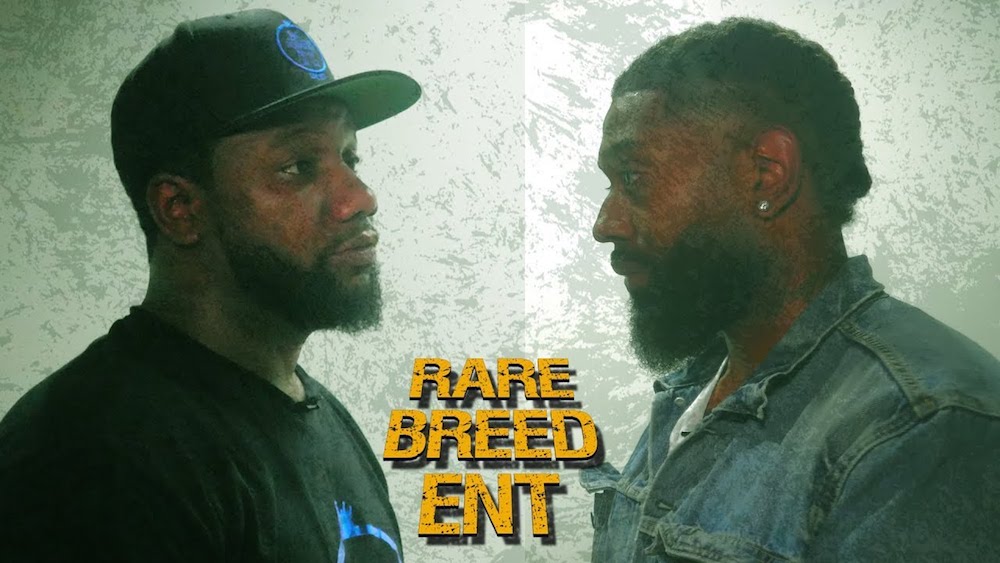 Murda Mook is the Floyd Mayweather Jr. of battle rap. And Aye Verb is a Mount Rushmore candidate and general of the Midwest Movement. Not too long ago, Rare Breed Entertainment released two spirited videos of the two emcees’ legendary faceoff.

Mook insinuates that Verb used his blueprint of angling and breaking down Hitman Holla in the third round of their epic battle.

Verb disagrees and rebuttals with—that style came from battle rap. Then he asks Mook, “Where does joking come from?” The point he’s trying to make is—the style of angling and breaking down your opponent was around way before Mook decided to use it in his first recorded battles against Jae Millz and Serius Jones on SMACK.

Tempers flared while both emcees tried to assassinate each other’s character.

Mook: When the last time you clearly won, Verb?

Mook: You trying to figure it out right now. He’s still in his mind…when’s the last time I won.

Verb: I got 55 matches and you have 3 that were unimpressive.

Verb: So it’s easy to pinpoint that bullsh*t and for me it’s different.

Mook: You see the difference in us now—55 matches to 3.

Verb: And none of yours are good. What the f*ck you mean?

Mook: And still ni^^as consider you nobody. Just a ni^^a I’m battling.

Mook: What? You a legend, yeah.

Aye Verb: Then what are you talking about? So make your mind up, man.

Mook: You a Acura Legend. That’s what you is.

Mook: You going against a Phantom. That’s the legend you on. You a Acura legend. You acting like a legend.

An important take away from the above transcript is that Mook and Verb are extremely confident combatants. But Mook lands an interesting phantom punch in between their exchanges, similar to the one Ali landed against Sonny Liston in their second fight in 1965.

Therefore, for Verb to beat Mook, he has to watch out for those subtle punchlines that Mook throws every now and then. It’s a punch that his opponents never see coming. But when it hits them, not only does it score points on the judges’ scorecards, but it usually leaves the opponents dazed and confused.

Make sure you order Murda Mook versus Aye Verb rap battle via RapGrid.com PPV on August 18, 2018.