The majority of fans have Aye Verb beating Murda Mook: Here’s Why?

Murda Mook is the self-proclaimed Floyd Mayweather Jr. of battle rap. Aye Verb (Captain Marketable) is the General of the Midwest battle rap movement. Not too long ago, the two lyrical combatants battled each other in an epic clash at Rare Breed Entertainment’s 2018 battle rap event in New York.

Aye Verb won the coin toss and decided for Mook to go first. The crowd roars when Mook puts on his durag. Whenever that happens, they know the other battler facing Mook is in for a long night. 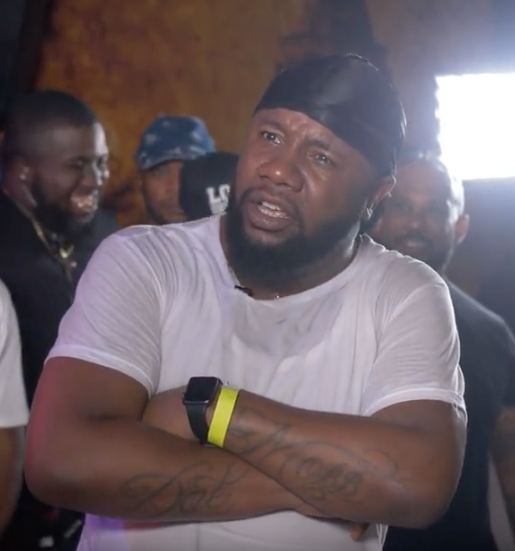 “Don’t Y’all think it’s hilarious that after you just decided to stop eatin’ meat…that Man (God) put you right in front of the G.O.A.T. (Greatest of all Time).” – Murda Mook

Mook begins superbly with a vegan/meat scheme. After that, he jabs a lot, misses a few punchlines here and there, but lands 19 impactful punchlines in our honest opinion.

One thing we noticed, Mook uses the words “I & me” to get his point across. But that egotistical “I am God” strategy doesn’t include the audience, who desperately want to root for Mook, their fellow New Yorker. But he alienates himself from them and focuses on himself (God Mook).

This decision leaves him overconfident and his bloodthirstiness shows. Sun Tzu stated, “The bloodthirsty cannot have their way with the world,” but Mook disregards that evergreen logic.

“Picture me debatin’ with the haters about the greatest names is. What for (four)? When the last time you saw a picture of God carved on Mt. Rushmore?” – Murda Mook 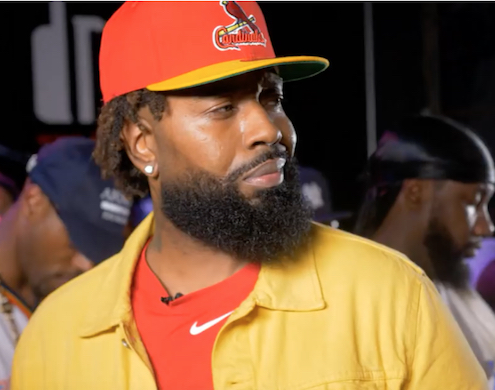 “You the first man alive who sold tickets to his own funeral.” – Aye Verb

Verb begins with a “Black Panther” analogy that works very well. From the get-go, he used words such as “We & Us” when he raps, which psychologically connects him and the audience as one unit, fighting for the same cause. He wins their trust and they resonate with what he is saying.

“You selfish. You want us to stay at the bottom like all the shellfish. Yeah, you sell tics to come see you rap. But we don’t care inside. When you’re back we can’t stand up for you. The culture’s paralyzed, you crippled them. You tell ’em one number and then you triple them. Death comes in threes, this yo’ third match, swing on that pendulum.” – Aye Verb

Verb, a combination puncher that sets traps when he raps, corners Mook and throws punches in bunches, hardly missing. We have him landing 32 impactful punchlines in our honest opinion. His direct, straight to the punch attack, works well for him. 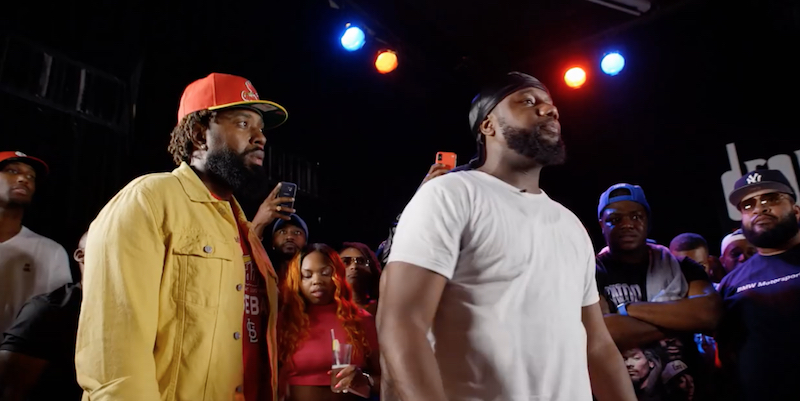 “Aye, Aye (AA) punk don’t tell me you gettin’ drunk again. Well, you standin’ up against shots that ain’t got no names. That’s the first step that I’ll admit. And trust me, Chaz, I can haul it (alcoholic), hope you don’t think a nine’ll miss (anonymous). Aye, how it feel bein’ the designated guy to whip? Ya peeps grievin’, see you sleepin’ in pee, stinkin’ while you sip. Oh you some kind of friend, you got me f*cked up. Don’t wanna question my drive and test my lines. Like if I point nine (.09) I ain’t blowin’ it, that’s a breath of lies (breathalyz-er)”. – Murda Mook

Mook’s liquor scheme was the highlight of his round. Most of his bars (no pun intended) landed, but a few stretches the imagination, but still dope. One bar highlights one adjustment Mook didn’t make—you standin’ up against shots that ain’t got no names. Mook’s indirectness, or spitting raps meant for anybody, caused him some added points on the scorecard.

He adds a few “we” words in his raps to pull the crowd on his side. But reverts back to using “I” words for the remainder of the round. We have him landing 21 impactful punchlines in our opinion. Although a lot of his other punchlines landed partially between Verb’s guard, we only counted the effective ones that landed flush.

“Why Mook want all this money? Is you serious? Well since you curious… It’s ‘cause I’m like a lowercase ‘i’, top of the f*ckin’ line; period.” – Murda Mook

“I’ve been past my test ni**a, this night school. Ni**a ya pen high school. You come back to the game with the same moves every time like you Ken/Ryu.” – Aye Verb

Verb goes philosophical on Mook. He plays the victim, the rebel, the villain that the audience wants to root for. He does his infamous “Showtime”, but it partially falls flat. Seconds later, a quick combination flurry puts him right back in the fight.

“A body bag is what you prayin’ fo’. But a dogfight is what I’m paid fo’. When it’s war I don’t play bro. I’m up early throwin’ rounds in that toaster; Leggo my Eggo.” – Aye Verb

We have Verb landing 18 impactful punchlines in our opinion. 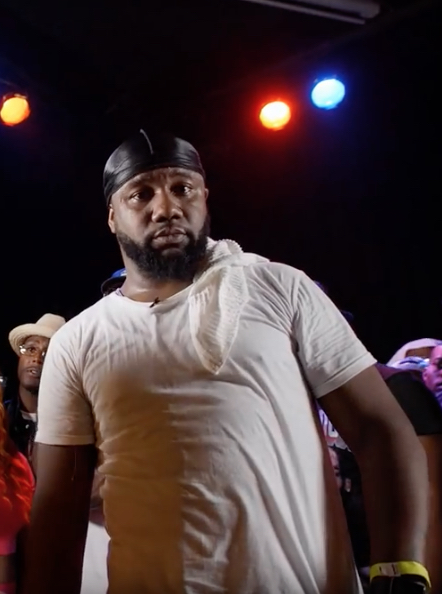 “But see nouns we need Verb to add description to sh*t that’s happening. That’s why I need you Verb because you help me manifest a lesson I wanna fulfill. That’s the only reason you existing is because you position next to something that’s real.” – Murda Mook

Mook effectively breaks down what a verb is. After that, mid-round, in the middle of the ring, he lands combinations in bunches, followed by a dope “Verb, Holla, Ill, and RemyD” scheme. Then he goes into a drought where nothing lands substantially.

Mook goes on to attack Verb’s sexuality, and questions him being a vegan. If he is, then why is he on Instagram cheesin’, wearing minks and leather sneakers. Don’t leather come from cows? Mook concludes Verb ain’t practicing what he preaches.

Shortly afterward, he gives a brief science lesson about vegetables, and why the vegetable Verb eats aren’t real vegetables. Therefore, he considers Verb ignorant and corrects the audience for following Verb. We have Mook landing 28 affective punchlines in our opinion.

“All I do is amaze (a maze), you gotta find out the hard way. Daylyt gave me a call saying, ‘Son (sun) this ni**a 24-hours-straight.’ I couldn’t even take the shine for it, ‘cause that was all day. Wait, don’t we got unlimited time for it? Oh, we got all day.” – Murda Mook 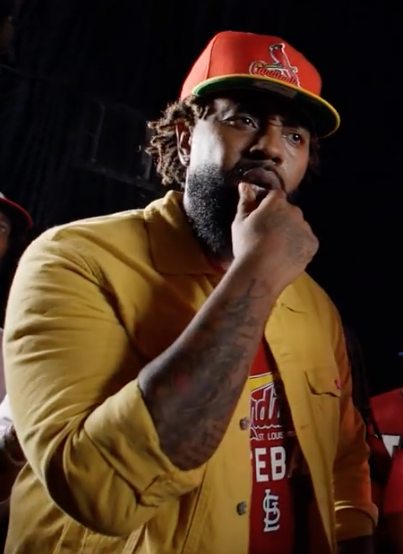 “Ten years of killin’, it’s only right they gave me Murda.” – Aye Verb

Philosophical Verb breaks down Mook’s character and blames him for being the main reason why labels don’t think battle rappers can make good music. Then he raps about unity and why division breeds poverty. He’s up in Mook’s face and it’s apparent he’s not scared of the boogie monster anymore. Now he knows he can hang with the greatest battle rappers because he’s one of them now.

“See me and Mook, it’s like Rocky and Apollo. Minus the arguin’. He the champ, so they hired a dog to come and spar wit’ him.” – Aye Verb

Verb’s abovementioned bar puts the entire battle in perspective. His main objective coming into the battle was to spar with Mook, and in doing so, he bloodied the champ’s mouth as no other battle rapper has done before. Also, he destroyed Mook’s invincibility.

We have Verb landing 25 impactful punchlines in our opinion.

In the eyes of the majority of battle rap fans, Verb won rounds 1 & 2, some even saying he won all three rounds. But in reality, Murda Mook versus Aye Verb is a debatable classic battle that could go either way. We have Verb winning Round 1 and Mook barely edging Round 2 & 3.

But keep in mind, Round 2 can go either way and it’s up for debate. Although Mook outpointed Verb and scored a lot of points with his scheme, Verb still landed the harder punchlines. Therefore, we score the battle a majority draw because the only clear round is the first round, and Verb won that convincingly.

Not only that, but Verb also won a moral victory because Mook said Verb wasn’t going to win one round. Not only did he do that in the first round, he ‘arguably’ beat the greatest battle rapper in the eyes of battle rap fans. Also, he came to New York and walloped the “legend of Mook”, a once untouchable mythical image. But kudos to Verb though. Now the question is…does Verb’s image belong on Battle Rap’s Mouth Rushmore next to Mook’s? It’s something to think about.

We’ll leave Y’all with an interesting bar from Mook, one he recited during the battle. It suggests a reason why the majority of fans have Mook losing and Verb winning.

“Fans need this debated. ‘Cause Y’all know if Y’all make this debatable, there’s less chance for me to go on a hiatus.” – Murda Mook

According to Mook’s lyric, we’re going to be seeing him battle very soon. The question is when? And versus who? But one thing we do know is Aye Verb has his eyes set on Loaded Lux. Let’s see if ‘Beloved’ is up to battle Verb in St. Louis, Missouri.

NOTE: This review is based on analyzing the lyrics and watching the battle. Our decision favors the emcee with the most impactful punchlines landed.

Let us know who in feel is the winner in the comment section below.