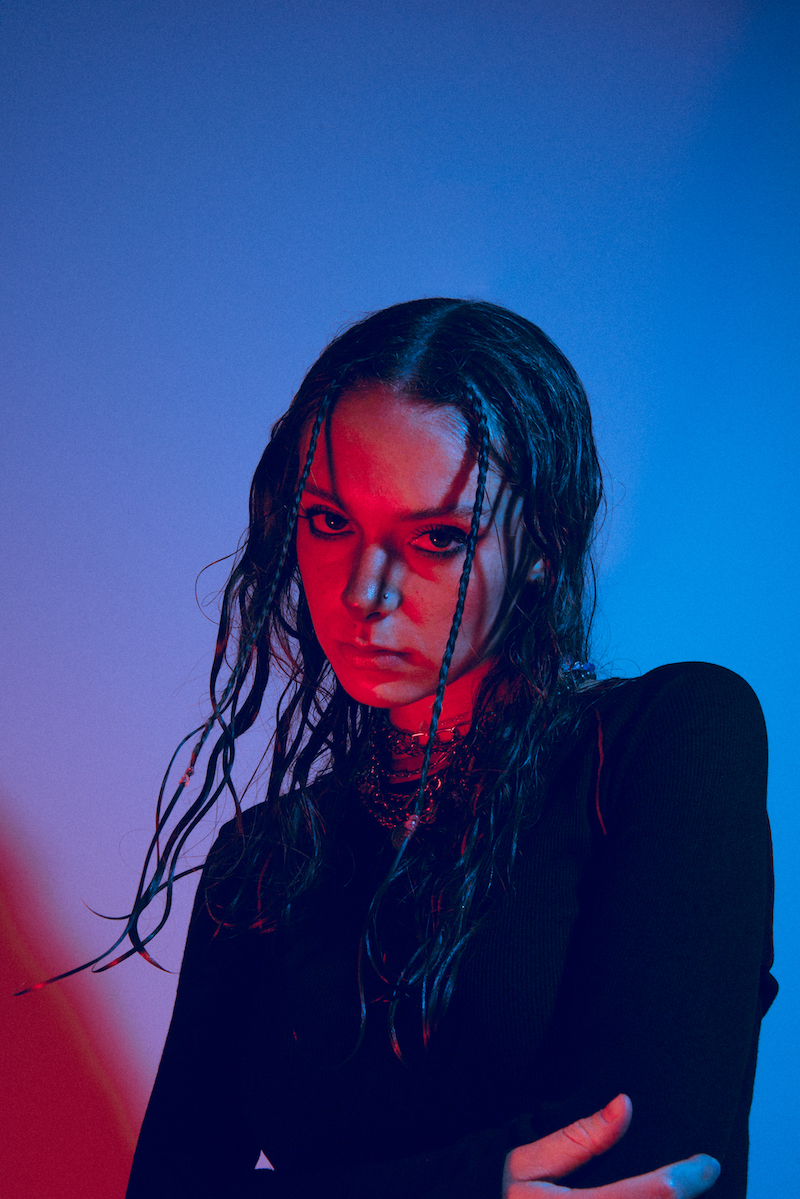 Holly Humberstone is a talented singer-songwriter from Grantham, England. Not too long ago, she released a stunning performance of her new single, entitled, “Vanilla (Stairwell Version)”.

“I don’t wanna be your enemy but truly I ain’t got the energy to wait for somebody you’ll never be. It never works, it never will, I need a cure for all this apathy. I’m spending way too long on Web MD (not so sure it’s good for me). Guess I feel a little nauseous, think I should be cautious.” – lyrics

‘Vanilla (Stairwell Version)’ tells a bittersweet tale about a young woman who shares an up-and-down relationship with her significant other. Apparently, the truth is she has her best nights whenever her partner isn’t around. Therefore, she concludes that their lukewarm relationship has become meaningless, dull, and lifeless. However, every now and then, a spark ignites them back together.

‘Vanilla (Stairwell Version)’ contains a relationship-based narrative, pleasing vocals, and tuneful melodies that are sure to pull at your heartstring. The emotional-laden tune possesses guitar-driven instrumentation flavored with a moody alternative-pop aroma. Furthermore, “Vanilla (Stairwell Version)” was performed in an isolated stairwell of the withering countryside house that Holly Humberstone grew up in. Also, the Raja Virdi-directed video finds the artist-to-watch singing with her heart on her sleeve.

“The truth is I have my best nights without you.”

Holly Humberstone has proven herself an unmatched talent. In the span of just a few months, the artist-to-watch has been chosen as Apple’s Up Next Artist (following in the footsteps of Billie Eilish and BENEE), performed on Jimmy Kimmel! Live, and sold out three headline shows at Omeara in London.

Not too long ago, the 20-year-old’s performance on the BBC Introducing stage at Glastonbury 2019 caught the attention of Lewis Capaldi and Sam Fender, who invited Humberstone on tour with them. This weekend, Humberstone performed live from the BBC Radio Theatre for BBC Music Introducing as part of their LIVE 2020: Spotlight Sessions.

‘Vanilla (Stairwell Version)’ serves as a wonderful presentation of what listeners can expect to hear on Holly Humberstone’s critically acclaimed debut EP, entitled, “Falling Asleep At The Wheel”. The highly-praised project has already amassed well over 50 million streams. Also, the EP blends Humberstone’s dark and moody sound with searingly honest lyrics and refreshing candor. The songs embrace and translate some of life’s most intense feelings in a way that typical conversations all too often fail to capture, from mental health struggles to the dizzying feeling of falling for someone for the first time. Although her story might have just begun, Humberstone’s unstoppable rise of success will make you want to have been there since the start.

We recommend adding Holly Humberstone’s “Vanilla (Stairwell Version)” single to your personal playlist. Also, let us know how you feel in the comment section below.