Holly Humberstone releases an 11-song collection, entitled, “Can You Afford To Lose Me?”

Holly Humberstone is a rising singer-songwriter and musician from Grantham, England. Not too long ago, she released an 11-song collection, titled, “Can You Afford To Lose Me?” The project is not only a reflection on Holly’s origins but her evolution from an unknown artist hailing from a small countryside town to emerging as one of the biggest breakout talents of the past two years.

‘Can You Afford To Lose Me?’ offers fans a culmination of the singer-songwriter’s past and present as she looks ahead to 2023 and the impending release of her highly anticipated debut album. An accompanying video for the new single will be out in the coming days.

Holly Humberstone – “Can You Afford To Lose Me?”

‘Can You Afford To Lose Me?’ is a devastating slow burn carried by a piano-driven heartbeat and swelling choir vocals. Seared with the type of lyrical authenticity that’s been a staple in Holly’s songwriting since day one, the track is a heartbreaking ode to a relationship hurtling toward its conclusion. Humberstone sings with passion, “You were my home planet, you were my stars, my holy place. But you took me for granted, right from the start.”

‘Can You Afford To Lose Me?’ follows Humberstone’s first single, “Deep End,” to tracks from her stunning debut EP, “Falling Asleep At The Wheel,” and acclaimed sophomore effort, “The Walls Are Way Too Thin.”

Holly Humberstone – “Can You Afford To Lose Me?” 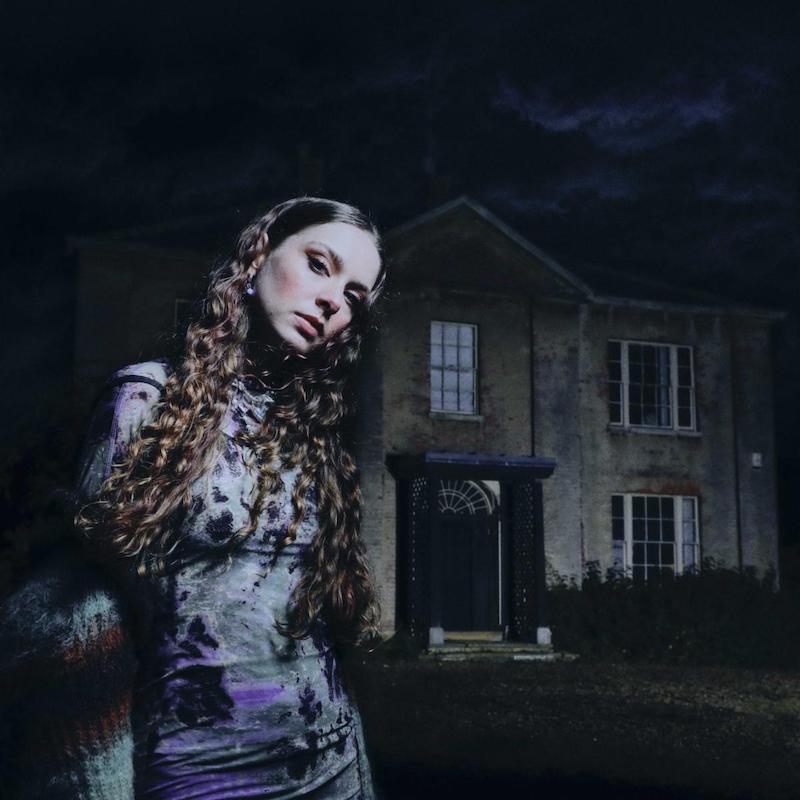 “The past couple of years have been a whirlwind and I rarely get the chance to reflect on everything that’s happened. Over the past few months, I’ve been looking back at the music I’ve made, the people I’ve met, the incredible experiences we’ve shared together, and where I’m heading on a personal level. Playing my songs on tour, seeing them out in the world, and how they’ve affected people differently has made me want to give them another life so much so that I’ve put them together in the order I would listen to them now: a fresh evolution of my first two EPs.

I’ve also added a brand-new song called ‘Can You Afford To Lose Me?’ which is probably one of my favorite songs I’ve ever written. I feel like I’ve changed quite a lot since releasing some of my tracks, so I decided not to include a couple of them. While I’ll always love those songs, I wanted to highlight the ones that resonate the most with where I’m at in my life at this moment. I hope you guys can listen to these songs in new ways, just like I have.” – Holly Humberstone explained

“I guess this is me closing the chapter on the first part of my journey. I’m writing my debut album as we speak and it’s going to come out next year. It’s my most personal music yet and I hope I can continue to document my experiences for them to become yours.” – Holly Humberstone explained

Holly Humberstone will celebrate the release of “Can You Afford To Lose Me?” with a return to the US for several tour dates – her largest North American headlining tour dates ever. Kicking off next week with a SOLD-OUT show in New York City on November 1st at Webster Hall, the budding star will then travel to Toronto, Chicago, Los Angeles, and San Francisco before the year’s end.

A testament to Humberstone’s dazzling ascent, the shows will put an exclamation point on a breakout year that’s seen her win the prestigious BRIT Rising Star Award, perform as a special guest on one of 2022’s hottest tours supporting Olivia Rodrigo, and make her electrifying debut at Coachella Valley Music & Arts Festival. Also, Humberstone has stunned audiences across the US (on tour with girl in red ) while releasing her acclaimed single, “Sleep Tight.”

Tickets for Humberstone’s headlining concerts are on sale via her website. As she turns the page to her next chapter, Humberstone’s journey is destined to be among the most captivating of 2023 and beyond.

We recommend adding Holly Humberstone’s “Can You Afford To Lose Me?” single to your favorite alternative pop playlist. Also, let us know how you feel in the comment section below. Mel Blanc’s famous catchphrase, That’s All Folks! Thanks for reading another great article on Bong Mines Entertainment – the hot spot for new music. Always remember that (P) Positive, (E) Energy, (A) Always, (C) Creates, (E) Elevation (P.E.A.C.E). Contact us on social media via Twitter, YouTube, Instagram, or Facebook, and let us know what’s going on. Disclaimer: This post contains affiliate links. If you make a purchase after clicking a link, we’ll collect a share of sales or other compensation.