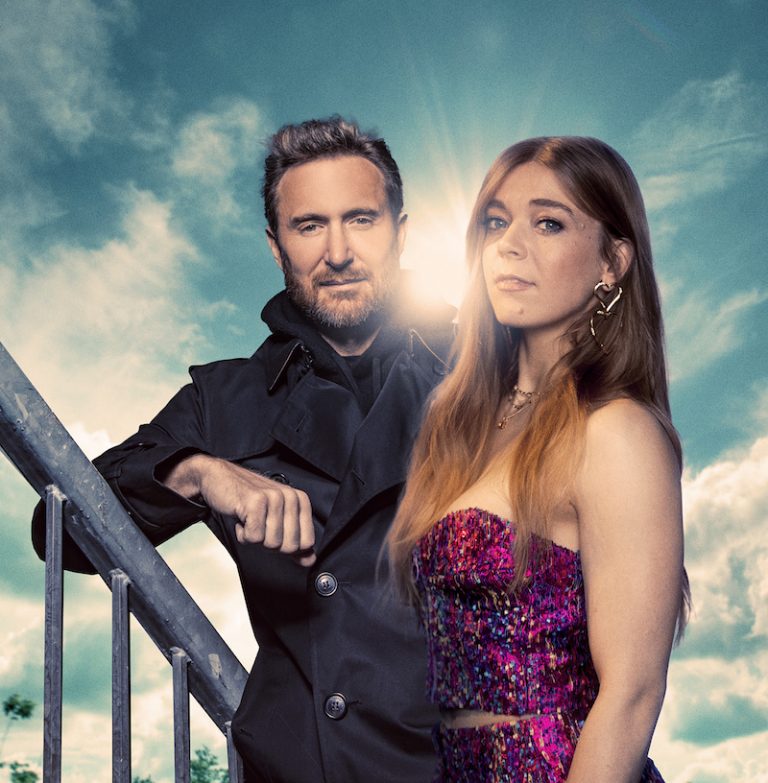 Becky Hill is a show-stopping vocalist and hit-making songwriter from London, England. David Guetta is a legendary French DJ, record producer, and songwriter. Not too long ago, they released an appealing music video for their “Remember” single.

“I’m doing just fine now it’s over. I’ve been moving on and living my life. But occasionally, I lose composure and I can’t get you out of my mind. If I could go back in time, I’d do things differently. Yeah, I wouldn’t think twice. I distract myself, think of someone else. But every now and then you remind me.” – lyrics

‘Remember’ tells a heartfelt tale about a young woman who finds herself missing her ex severely. Apparently, her friends want her to delete the memories of her ex from her mind. But unfortunately, she can’t because her ex is someone who is extremely hard to forget.

The Carly Cussan-directed video is set in a hyper-stylized world of punchy, powerful colors and tongue-in-cheek scenes. The audiovisual was released after Becky Hill announced she will perform live at the opening game of The Hundred. Her performance will take place at The Kia Oval in London on July 21, 2021. It will celebrate the start of the competition after the expected lifting of lockdown restrictions. Also, the opening game of The Hundred marks the first time a women’s match has started a major sporting event in the UK.

“I’ve been moving on and living my life.”

“My whole career has built up to this moment! I have a sure-fire single with David Guetta! And an album I’ve spent my whole adult life making is finally coming out. I’ve grafted and strived to reach this milestone for a few years now, and my patience has definitely been tested! But it’s definitely been worth the wait, as my creativity and vision for the album have now come to full fruition. It’s been an honor to collaborate with David Guetta on this release too. I feel so proud of the work I’ve created and so thankful for the team around me who’ve stuck by me throughout this process. To the first of many, and to a very bright future ahead!” – Becky Hill explained

‘Remember’ contains a post-relationship-based narrative, ear-pleasing vocals, and tuneful melodies. The likable tune possesses upbeat instrumentation flavored with electro-pop, modern dance, and deep house elements. Furthermore, “Remember” serves as a tasty appetizer to what listeners can expect to hear on Becky Hill’s upcoming debut studio album. The project will follow, Get To Know, a 13-track collection of singles Becky either released herself or wrote and guest performed on. Also, “Get To Know” is now certified Gold after being confirmed by Official Charts as one of 2020’s top 5 most streamed albums by a female artist in the UK. Plus, it peaked at #16 on the Billboard Dance/Electronic Albums Chart in the US.

“But every now and then you remind me.”

‘Remember’ follows the release of Becky’s “Better Off Without You” single (featuring Shift K3Y), which is certified Platinum after accumulating over 600,000 sales. Also, it follows “Heaven On My Mind,” which has accumulated over 65 million streams and is now certified Gold. Currently, in Shazam’s Top 10 and no.2 on iTunes, “Remember” is on course to be the 2nd highest entry in the Official UK Singles Chart, which will make it Becky’s 13th Top 40 record.

Not too long ago, Becky sang the National Anthem at the FA Cup Final 2021. Following a string of festival dates this summer (including Reading & Leeds Festival, TRNSMT, and Isle of Wight Festival), Becky will be embarking on her UK and Ireland headline tour in the Autumn. Things will kick off at Engine Shed, Lincoln on September 29, 2021, head to o2 Academy Brixton, London on October 18, 2021, and wrap up at Olympia Theatre, Dublin on November 18, 2021. Due to popular demand, (with the majority of dates sold out), Becky’s 18-date headline tour will now encompass three additional shows.

Becky Hill has been crowned the 2nd most-streamed British Female Artist on Spotify UK in 2019. She has over 180 songs registered with ASCAP – no mean feat considering only 17% of PRS for Music’s registered songwriters are female – and an impressive string of hits to her name.

Becky’s music has amassed over two billion combined streams and over 15 million monthly listeners on Spotify. Her impressive string of hits includes the million-selling #1 single, “Gecko (Overdrive)” with Oliver Heldens, and the gold-certified UK Top 10 single, “Afterglow” with Wilkinson. Also, she was involved in the club anthem, entitled, “Back & Forth”, with MK and Jonas Blue.

Furthermore, Becky has co-written and collaborated on hit singles with Sigala (“Wish You Well”) and Meduza x Goodboys (“Lose Control”). Also, she has been on projects involving Europa (“All Day and Night” featuring Madison Beer), Rudimental, Matoma, and Little Simz.

“If I could go back in time, I’d do things differently.”

“In my opinion, Becky is becoming one of the very rare queens of dance music. She has an incredible voice and it felt so good to go back to house music for this record.” – David Guetta stated

For over 20 years now, David Guetta has managed to stay on top of the game. He is surely not done with showing the world his incredible sound. And it is safe to say that at this stage in his career, David knows exactly where to take it next. Last year saw him being crowned as The World’s #1 DJ, winning DJ Mag’s annual Top 100 DJs poll for the second time – almost a decade after he first took the no.1 spot in 2011.

Globally, David has accumulated over 50 million record sales, whereas his total number of streams is over 10 billion. He has received numerous Platinum and Gold certifications and was voted the world’s #1 DJ twice. He was named ‘EDM Power Player’ by Billboard and won two Grammy Awards out of six nominations. Besides his hard-won DJ skills, he is prolific in the studio. He has worked with Sia, Justin Bieber, Rihanna, Lady Gaga, Nicki Minaj, Anne-Marie, Ariana Grande, J Balvin, Kid Cudi, Snoop Dogg, Usher, John Legend, Madonna, Avicii, and Akon, for starters.

We recommend adding Becky Hill’s and David Guetta’s “Remember” single to your favorite dance playlist. Also, let us know how you feel in the comment section below. Mel Blanc’s famous catchphrase, “That’s All Folks!” Thanks for reading another great article on Bong Mines Entertainment. And always remember that (P) Positive, (E) Energy, (A) Always, (C) Creates, (E) Elevation (P.E.A.C.E).