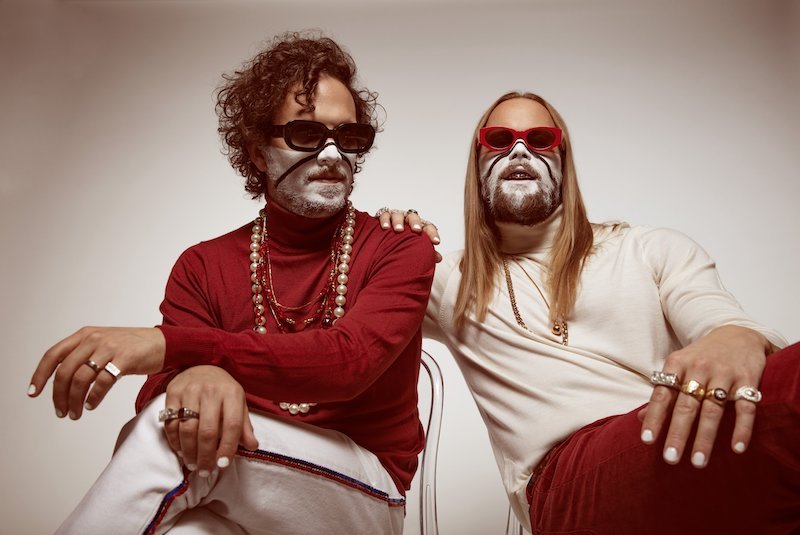 Vargas & Lagola is the musical alter ego belonging to Salem Al Fakir and Vincent Pontare (two of Sweden’s most successful songwriters and producers). Not too long ago, they released a dramatic alternative-rock ballad, entitled, “Somebody That Understands Me”, featuring Ludwig Göransson.

Vargas & Lagola – “Somebody That Understands Me” featuring Ludwig Göransson

“The song is about finding those rare people in life who truly understand you for who you are. Even though you don’t fit in the mold. It’s not an easy thing. We wanted to make a classic 12 string rock ballad in our own way. The plan that day was actually to write a song for Post Malone, but when we started with the guitar riff we got a bit carried away and it took a whole other direction.” – Vargas & Lagola

‘Somebody That Understands Me’ finds Vargas & Lagola reminding listeners to surround themselves with people who will allow them to be themselves.

The song contains rippling guitar riffs and shades of the ‘80s rock ballad era. Also, it possesses influences from tunes like White Lion’s “When the Children Cry” with Al Fakir and Pontare’s contemporary touch.

Furthermore, “Somebody That Understands Me” features a one minute long, beautiful and sentimental guitar solo (02:27) by threefold US Grammy-winning producer Ludwig Göransson, praised for his work for Childish Gambino and the Black Panther movie.

Vargas & Lagola is a name you should remember and an exciting duo to watch in 2020. Choosing “Vargas & Lagola” because they thought the names sounded like those of Quentin Tarantino’s messed up brothers.

Not too long ago, they were awarded a Swedish Grammy for “Composer of the Year”. Also, they have performed their co-written hit, “More Than You Know”, with Axwell /\ Ingrosso at Coachella. So far, their music has amassed over eight billion streams online across various social platforms.

“Somebody That Understands Me”

“This whole thing is a long process of finding out who we are. Also, the upcoming album will be a first great step for those pieces to fall into place.” – Vargas & Lagola

‘Somebody That Understands Me’ was released ahead of Vargas & Lagola’s anticipated upcoming debut album. On January 31, 2020, the 11-track project will be released.

We recommend adding Vargas & Lagola’s “Somebody That Understands Me” single to your personal playlist. Also, let us know how you feel about it in the comment section below.