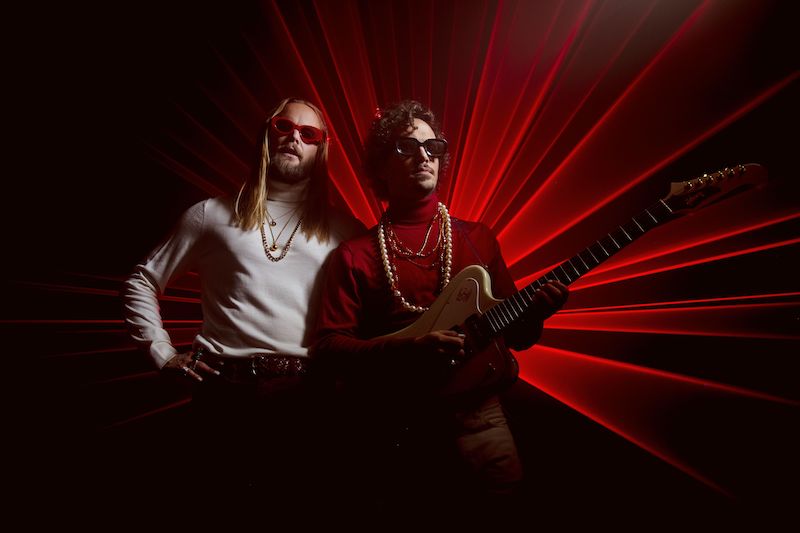 Vargas & Lagola is the musical alter ego belonging to Salem Al Fakir and Vincent Pontare (two of Sweden’s most successful songwriters and producers). Not too long ago, they released a wonderful debut album, entitled, “The Butterfly Effect”.

The 11-track project serves as Vargas & Lagola’s biggest musical moment yet. Also, the album proves why Vargas & Lagola is one of the most successful songwriting and production duos of our time.

Furthermore, “The Butterfly Effect” invites listeners to a fascinating musical world where no creative rules exist. Also, the diverse yet coherent collection originated from many years of high-level songwriting, a shared love for retro soundscapes, and lyrics filled with Nordic melancholia.

Some of the new tracks are the bombastic, “Darkest Before Dawn”, with rough guitars, heavy drum beats and an infusion of the hopeful melancholia we know them by. “Hurts to be Hurt” is a downtempo story about leaving someone behind. The relatable tune mixes Americana-influenced instrumentation with contemporary sounds.

“Back to You” is catchy and melodic. Also, the song possesses a liberating alternative-sounding production from echoing electric guitars, topped with a rap solo by Ghostface Killah. Finally, the delicate indie-pop track, “Pick it Up”, delivers a dreamy production where ‘70s Americana meets ‘80s disco synths and a longing to move up in life. Other standout tracks include the delicious “Since 99” and the irresistible “Somebody That Understands Me”.

Vargas & Lagola – “Somebody That Understands Me” featuring Ludwig Göransson

“The song is about finding those rare people in life who truly understand you for who you are. Even though you don’t fit in the mold. It’s not an easy thing. We wanted to make a classic 12 string rock ballad in our own way. The plan that day was actually to write a song for Post Malone, but when we started with the guitar riff we got a bit carried away and it took a whole other direction.” – Vargas & Lagola

‘Somebody That Understands Me’ finds Vargas & Lagola reminding listeners to surround themselves with people who will allow them to be themselves.

The song contains rippling guitar riffs and shades of the ‘80s rock ballad era. Also, it possesses influences from tunes like White Lion’s “When the Children Cry” with Al Fakir and Pontare’s contemporary touch.

Furthermore, “Somebody That Understands Me” features a one minute long, beautiful and sentimental guitar solo (02:27) by threefold US Grammy-winning producer Ludwig Göransson, praised for his work for Childish Gambino and the Black Panther movie.

“This first album is our attempt to give the outside world a more nuanced palette of our musical landscape. And it really means the world to us to finally share it. We try not to set any boundaries for our work. Most songs that we like are based on a similar mindset and construction. And in the end, the most important thing isn’t if they come out as hip-hop, pop, or rock.” – Vargas & Lagola

Vargas & Lagola’s music is mainly inspired by retro influences, from Chicago and Fleetwood Mac to The Beach Boys, Jimi Hendrix, and ‘90s hip-hop.

On “The Butterfly Effect”, they shifted their focus from computer generated beats to live instruments. Also, they recorded everything themselves, from their own drum comps to riffs on steel-string acoustic guitar.

“Our greatest strength is that we rarely care about what others think. We create for ourselves, based on our own desire. It can be exciting to provoke, to find that rebellious feeling that exists in hard rock, skatepunk, hip-hop, etc. Even though we may make clean music, we can have that feeling inside of us.” – Vargas & Lagola

We recommend adding songs from Vargas & Lagola’s “The Butterfly Effect” album to your personal playlist. Also, let us know how you feel about it in the comment section below.