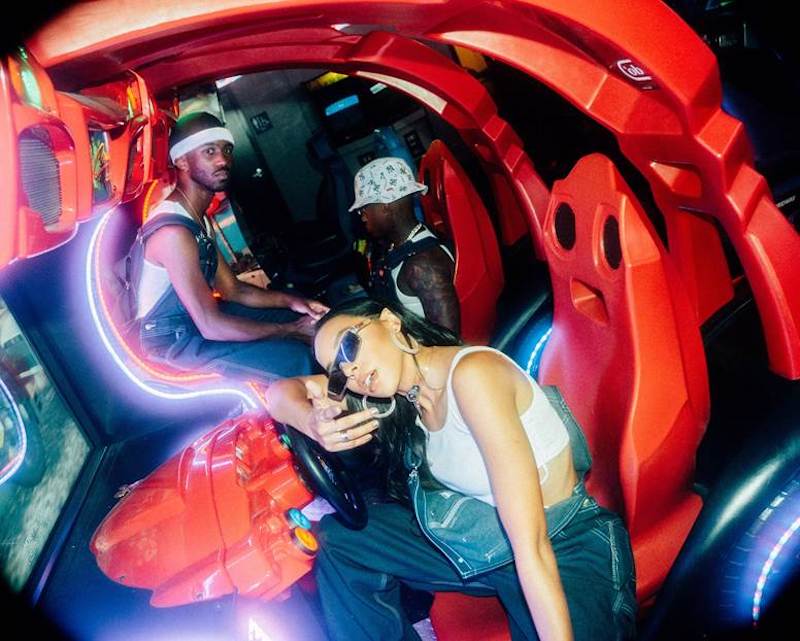 THEY. & Tinashe unveils a ‘90s-inspired audiovisual for their “Play Fight” single

THEY. is an LA-based duo consisting of Drew Love (vocalist) and Dante Jones (producer). Tinashe is a singer-songwriter from Lexington, Kentucky. Not too long ago, they released a ‘90s-inspired audiovisual for their “Play Fight” single.

“When we play fight, get to grabbin’ all up on me you don’t play nice. Next thing ya know, grabbin’ on ya waistline. We gon’ turn another evening to a late-night. When we play fight, I’ma eat like I don’t know what it tastes like. Round four, next round I’ll let you take five. F**k around keep going till the daylight.” – lyrics

‘Play Fight’ tells a dramatic tale of a young guy who shares a challenging relationship with his significant other. Apparently, they get on each other’s nerves, which consequently leads to them play-fighting like every other night.

“I’ll teach you a lesson, give you what you deserve.”

THEY. are ready to claim their throne. The multi-hyphenated duo has seen their music travel the globe. So far, they have worked with Wiz Khalifa, Jessie Reyez, Ty Dolla $ign, Vic Mensa, Jeremih, and Gallant. With each release, THEY. continues to establish themselves as an exciting R&B duo to watch in 2020. Also, keep a close eye on Tinashe as she continues to release more music this year.

We recommend adding THEY.’s & Tinashe’s “Play Fight” single to your personal playlist. Also, let us know how you feel in the comment section below.