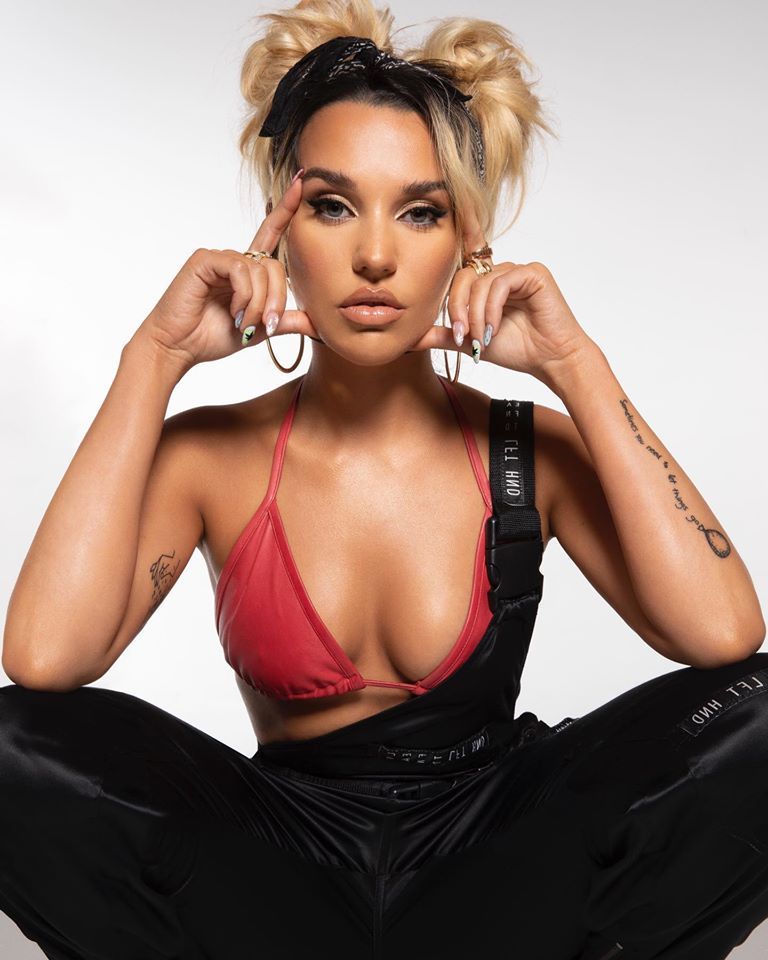 Shaylen is an LA-based singer-songwriter from Dallas, Texas. Not too long ago, she released a lovely six-track EP, entitled, “Highs and Lows”.

“Liquor in my system, I can’t see straight. Got so many problems‚ I can’t think straight. It’s so complicated with us these days. But only ’cause I’m taking pills that you hate. Hate it when I’m calling and you don’t call back. Know that I’m the reason we ain’t gonna last. Promise that I know the only thing that’s gonna save us. If I put down‚ it’s rough‚ give it up.” – lyrics

‘Sorry’ tells a heartfelt tale of an insecure young woman who shares a problematic relationship with her significant other. Apparently, she’s the reason why they might not last because she’s reluctant to give up using pills, drinking alcohol, and doing other thrills. Later, she admits she’s sick and tired of saying sorry (apologizing) every day and wants to change her lifestyle.

“I been sipping, I been smoking. I’m  in therapy, they say, ‘It might help. It’s  good for your health.’ I’m impatient, I’m destructive. I keep focusing on everyone else except  for myself. I  can only go up ’cause I been so down. Fill up on love, there ain’t no middle ground. The  older I get, I can’t play the victim. In the heat of the moment, I wanna keep moving. But then, I just can’t.” – lyrics

‘Own Way’ tells an honest tale of a temperamental young woman who realizes she’s getting too old to play the victim. Apparently, she believes she’s dysfunctional, incapable of being normal. Therefore, she realizes she can only go up because the majority of her life she’s been underneath her potential. Later, she admits if someone tells her she should do something, she never does it.

“Ever hurt yourself trying to make someone better? Thank God for my last relationship though, ‘cause that one made me realize that I have SO much to offer, and I shouldn’t put up with someone who thinks he’s the shit but treats me like sh*t. On top of that, he wasn’t even that great in bed. Not that good sex is the great equalizer, but it certainly helps.” – Shaylen

‘BTW’ tells an interesting tale of a young woman who regrets hurting herself trying to make her self-centered ex-boyfriend a better individual. Apparently, their once-promising relationship didn’t work out the way she envisioned, therefore, she hates him for that. Later, she confesses that she doesn’t need closure, even though she still feels some type of way about their breakup. Now that their relationship is over, she admits to burning his birthday cards and throwing his belongings out in the yard. If that’s not enough to disrupt his psyche, she reveals that he isn’t an adult-film star and that’s why she had to fake it in bed.

Commit the name “Shaylen” to your memory because you will be hearing her music often. Also, “Highs and Lows” provides a fuller picture of who she is as an artist. Therefore, you should keep a close eye on Shaylen as she continues her claim to fame.

We recommend adding Shaylen’s “Highs and Lows” EP to your personal playlist. Also, let us know how you feel about it in the comment section below.