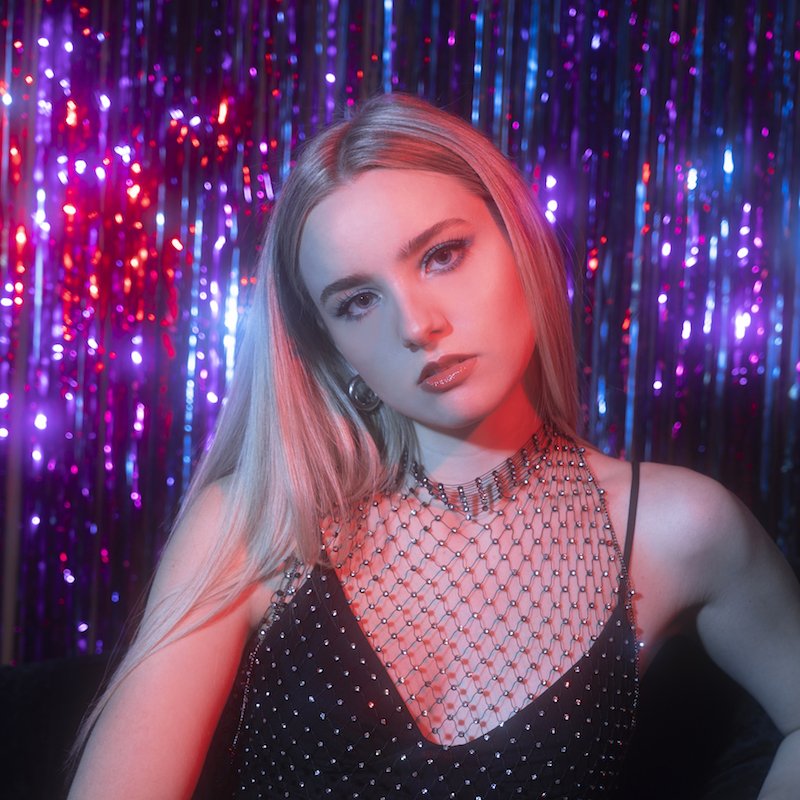 Rayne is an 18-year-old singer-songwriter from Vancouver, British Columbia. Not too long ago, she released a heartfelt electro-pop tune, entitled, “Envious.”

“It took me ages to finally find you, only a moment to push you away. Now I’m left waiting alone here without you. Stuck in this moment while our story fades. I get envious ‘cause she gets you, I can’t handle it but it’s the truth. I get envious that you’re with her ‘cause it reminds me of what we were.” – lyrics

‘Envious’ tells a heartfelt tale about a young woman who struggles to let go of a very special person in her life. Apparently, she was the one who vacated their once budding relationship, leaving her ex heartbroken in the pouring rain. Later, she regretfully has a change of heart and wonders why did she let her ex go in the first place? But it’s kinda too late to rekindle what they once had because her ex has found someone new to love. Now, she’s enviously obsessed with their relationship and wants to know if there’s any chance that she and her ex can get back together again. But unfortunately, the answer to that intriguing question makes her sad every night whenever she thinks about what her ex and his new love interest are doing.

“Envious” contains a relationship-based narrative, ear-welcoming vocals, and tuneful melodies that will surely resonate with fans of Dua Lipa and Selena Gomez. Also, the likable tune possesses groovy instrumentation flavored with electro-pop, alternative, and modern dance elements. Furthermore, “Envious” serves as a wonderful presentation of what listeners can expect to hear on Rayne’s upcoming EP, which is set to be released in early 2021.

“‘Envious’ is a song I wrote for my friend after a conversation we had about her ex. She had seen him out with his new girlfriend and though she’d been the one to end things with him, she still felt jealous of him for moving on. I thought that was something a lot of people probably experience after leaving a relationship, so I wrote a song for all the other envious exes to dance to!” – Rayne explained

Rayne has already proven to be an incredible songwriter with multiple cuts under her trendy belt. Not too long ago, she was the youngest artist in attendance at The Songwriters Association of Canada camp this past March 2020. Already an expert performer, she has opened for Billie Eilish and Tyler Shaw. Also, she had appearances at The Calgary Stampede, Rockin’ River Fest, Surrey Canada Day, and The Sun Peaks Summer Festival.

We recommend adding Rayne’s “Envious” single to your favorite playlist. Also, let us know how you feel in the comment section below. Mel Blanc’s famous catchphrase, “That’s All Folks!” Thanks for reading another article on Bong Mines Entertainment, and always remember that (P) Positive, (E) Energy, (A) Always, (C) Creates, (E) Elevation (P.E.A.C.E).