Madisyn Gifford releases a wonderful music video for her “21” single

Madisyn Gifford is a rising singer-songwriter from Vancouver, BC, Canada. Not too long ago, she released a wonderful music video for her infectious new single, entitled, “21.”

“‘21’ has been my lucky number for as long as I can remember. And because of that, my entire life I have always placed really high expectations on what my 21st year was going to be like. I wrote this song with Jared Manierka at a time when I was feeling really frustrated because I had not been having a year even close to the 21 that I had always imagined due to COVID and some other life circumstances I was dealing with. This was one of those magical songs where after I wrote it, I was able to look at the issues I was having more clearly. And luckily the second half of my 21st year was nothing short of magical. I’m so proud of this track and I think that it is going to be so much fun to perform and scream along in the car to. I hope people enjoy dancing around their kitchen to it as much as I do!” – Madisyn Gifford explained

‘21’ is a personal track about one of the most influential years of Madisyn Gifford’s adult life thus far. The likable tune contains a relatable narrative and ear-pleasing vocals that will resonate well with listeners who are currently experiencing early adulthood. Also, “21” possesses thudding drum-laden instrumentation flavored with alternative and contemporary pop elements. Furthermore, the song follows hot on the heels of Madisyn Gifford’s previously released single, “Dancing on This Line.”

‘Dancing On This Line’ was released in May in support of BPD awareness month. Madisyn is direct in her lyricism, discussing the ups and downs of living with Borderline Personality Disorder and putting the much-needed conversation about mental health at the forefront.

Quickly joining the new generation of Canadian artists getting noticed in the rising pop scene, Madisyn has already accumulated over 1.2M YouTube views and 550K Spotify streams since her debut release, “Without You,” in 2020.

Her transcendent take on music has earned accolades from media, industry moguls, and music-loving masses alike; but with her latest output, Madisyn is proving herself to be a complete creative force, serving up stories and introspections as compelling as the soundtrack to which they’re set.

Despite having just hit her 20s, the quick-blooming, genre-bending artist has been quite prolific, dropping her debut EP, “Learning to Exist,” via 604 Records in the spring of 2021, and heralded follow-up LP, “I hate ur guts,” less than a year later. Now, she’s putting the final touches on the next musical milestone of what’s already an impressive artistic path. 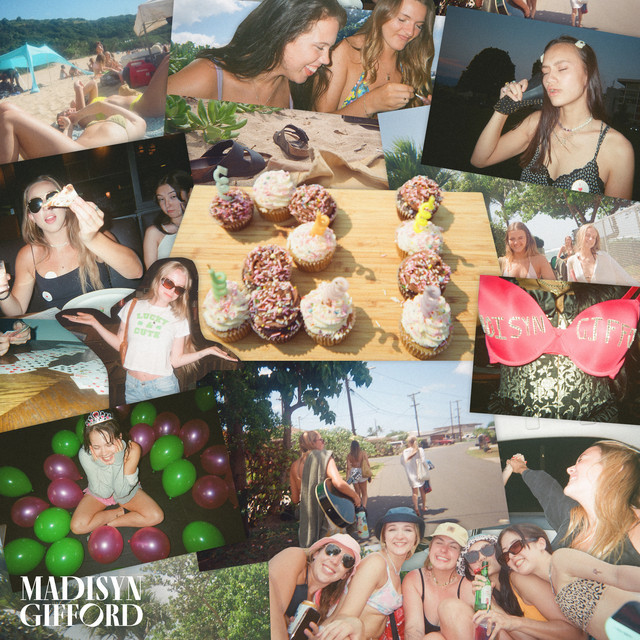 We recommend adding Madisyn Gifford’s “21” single to your favorite contemporary pop playlist. Also, let us know how you feel in the comment section below. Mel Blanc’s famous catchphrase, That’s All Folks! Thanks for reading another great article on Bong Mines Entertainment – the hot spot for new music. Always remember that (P) Positive, (E) Energy, (A) Always, (C) Creates, (E) Elevation (P.E.A.C.E). Contact us on social media via Twitter, YouTube, Instagram, or Facebook, and let us know what’s going on. “Disclaimer: This post contains Apple TV and Apple Music affiliate links. We may earn an affiliate commission when you buy through links on our site.