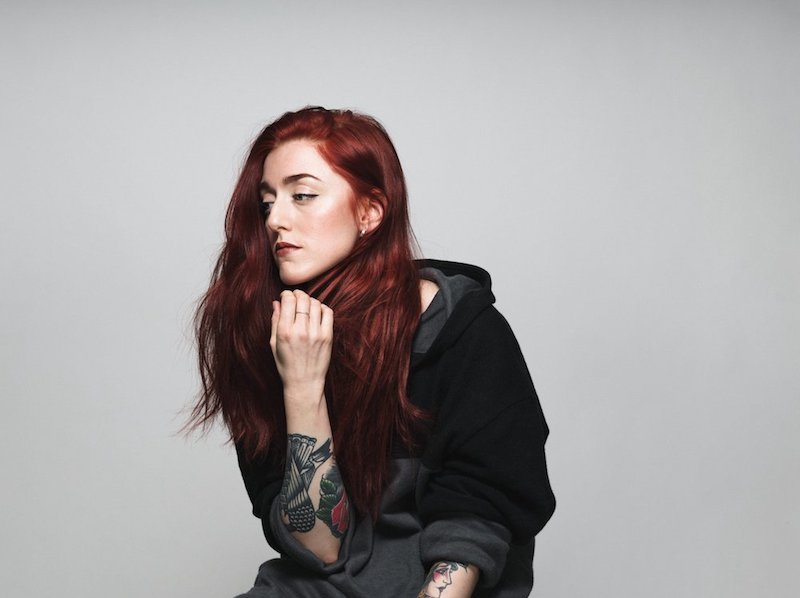 Elina is a talented singer-songwriter out of Stockholm, Sweden. Not too long ago, she released “Champion”, a lovely pop tune from her upcoming debut EP.

“To me, ‘Champion’ is about fear. Personally, when I get scared of losing someone or if I feel inadequate in a relationship, any relationship, I tend to disguise that fear with rejection. Sometimes even with anger. I think it’s a very easy-to-see-through attempt to hide that you’re hurt or vulnerable. ‘I’m scared of losing you’ becomes ‘I don’t need you.’” – Elina

‘Champion’ contains a relatable storyline, warm pop vocals, and ear-welcoming instrumentation perfumed with a commercial pop scent. Also, the song tells the bittersweet story of a vulnerable woman who’s on pins and needles. Apparently, she’s in a down-spiraling relationship with a man who’s about to leave her for good.

“The meaning of ‘break my heart like a champion’ is basically a request to your loved one not to break your heart slowly or gently. Sometimes the fall hurts even more than actually hitting the ground. It’s easier to know what will happen instead of fearing it and to live in uncertainty. It’s like ripping of a band-aid, the slower you rip the more it hurts.” – Elina

Elina’s “Wild Enough” and “Here With Me” singles has amassed over 16 million streams online via Spotify alone. Not too bad for her first two offerings, right? Also, she has been involved with some of last year’s biggest hits. She has contributed her input on “Sexual” by NEIKED and “What Lovers Do” by Maroon 5 & SZA, which has gained over 1-billion streams online.

We recommend adding Elina’s “Champion” single to your personal playlist. Also, let us know how you feel about it in the comment section below.