Elina (Elina Stridh) is a renowned singer-songwriter from Stockholm, Sweden. Not too long ago, she released a memorable sophomore EP, entitled, “Remember”, which marks a distinct period of growth and self-realization for Elina.

The project is the pinnacle of a breakout year for the singer, whose songs have garnered over 150 million Spotify streams and counting. Approaching her songwriting from a more stripped-back, organic angle, the EP is a stunning collection of lyrically rich, delicately understated pop gems. The first taste of the EP came in the fall of 2019 with the gorgeous, folk-inspired single, “Free”.

“I had a bittersweet feeling writing ‘Free’. We tend to live our lives in all places but the present, chasing after everything we don’t have and forgetting what’s right in front of our eyes. The story of the song is about losing yourself in the memories of a love that has ended, wishing you’d seen the beauty of it while it was still yours. Love is never easy or flawless, but you had a true version of it. In the rearview mirror, you’re looking back at it with different eyes knowing that being with this person was the greatest freedom of all.” – Elina stated

‘Free’ tells a heart-wrenching tale bursting with well-shaped melodies and self-reflective lyricism that shoots straight for the soul. The likable tune is Elina’s first new song since her May 2019 debut EP, entitled, “In Hindsight”. Furthermore, “Free” was featured on multiple Spotify ‘New Music Friday’ playlists.

Elina – “Another Round” single

“I’ve actually had this song as a draft on my phone for years, and it finally ended up as ‘Another Round’. It’s always had a somewhat nostalgic nature, revolving lyrically around a phone call to someone from the past. I’m personally very good at romanticizing the past. I guess it’s a common phenomenon. It’s like there’s a place within, holding all the memories of times you truly miss. Times where things were brighter and you were happier, acting as a constant reminder to yourself. Especially when you’re questioning things in your life or going through a rough time.” – Elina stated

“Deep down I know that I wouldn’t want to actually return to those times or places. Still, it’s kind of a happiness bank for me. I’m not talking about young love in particular, but all kinds of things. I won’t ever actually have access to this dreamy happy place but I can stop by right outside and sit down when I need to, absorbing some of its light.” – Elina stated

“At the time, two people in my life that I love dearly and care about very deeply had recently decided to walk their separate ways after a long, long time. I feel I subconsciously steered the lyrics in the direction of their story. I admire and respect their strength in wanting the best for each other and being supportive, selfless, and strong throughout it all. This song to me is about that kind of strength. The ability to help each other pursue happiness, even if that means you can’t be together.” – Elina stated

‘Paper Planes’ tells a relatable tale about finding resilience and hope in the throes of grief.

“There’s a certain bittersweetness when you realize you’ve actually moved on from something. You’ve gone through all the stages, the pain, the denial, and then finally acceptance. I’ve been thinking a lot about this lately, how there’s like an awakening when you don’t hurt anymore and the brighter memories start to outshine the sad ones. You’re not as emotionally attached as before. ‘Blue’, to me, is about that. About letting the past be a part of you, and appreciate where it has taken you and how it has shaped you.” – Elina

‘Blue’ tells a heartfelt tale of a woman who finds strength and resolution following the initial sting of heartbreak. The intimate tune contains a relatable narrative, pleasing vocals, and harmonious melodies. Also, the song possesses guitar-driven instrumentation decorated with a warm indie-pop aroma. 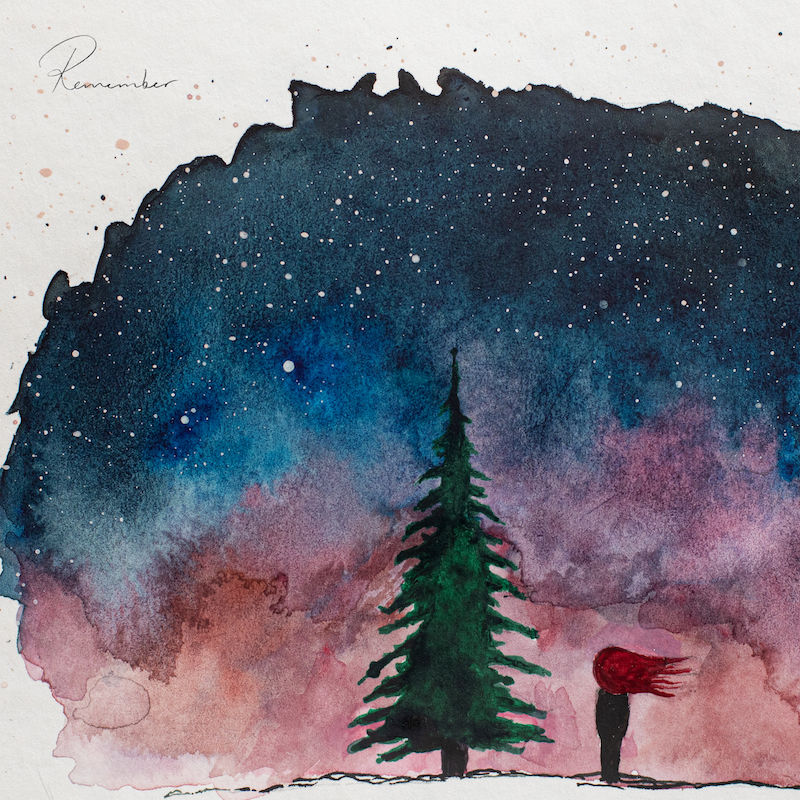 “This EP is all about embracing change. About accepting that everything is transient. I’ve had a complicated relationship to change all my life. And I’ve learned this about myself more than ever while writing these songs. They reflect a lot of what’s been going on in my own head and in my personal life this past year. It’s been therapeutic as always, writing alongside life. I’ve started letting go of the control I try to have over the uncontrollable. I’ve started taking care of my mental health in several ways. I think I’ve become a little more aware of the root of the anxiety I’ve had over the past few years. And I’ve found new ways to cope with it.” – Elina stated

Even though there is a sentimental undertone to her music, Elina wants this chapter in her life to be a bright one. Also, she hopes “Remember” sparks new ways of thinking, just like it did for her.

“The end of something is always the beginning of something else. We love, let go, and love again. We make new memories, find new paths. We’re all on a constant journey trying to navigate through life. And with every experience, we become a little wiser. I want to reach a point where I can stand before change without being scared of it. It is so important to be true to yourself and not stay in places, with people, or in situations where you don’t feel happy. Most of the time it’s just the monsters in our own head stopping us from exploring the love and happiness out there for us.” – Elina stated

We highly recommend adding songs from Elina’s “Remember” EP to your personal playlist. Also, let us know how you feel in the comment section below.