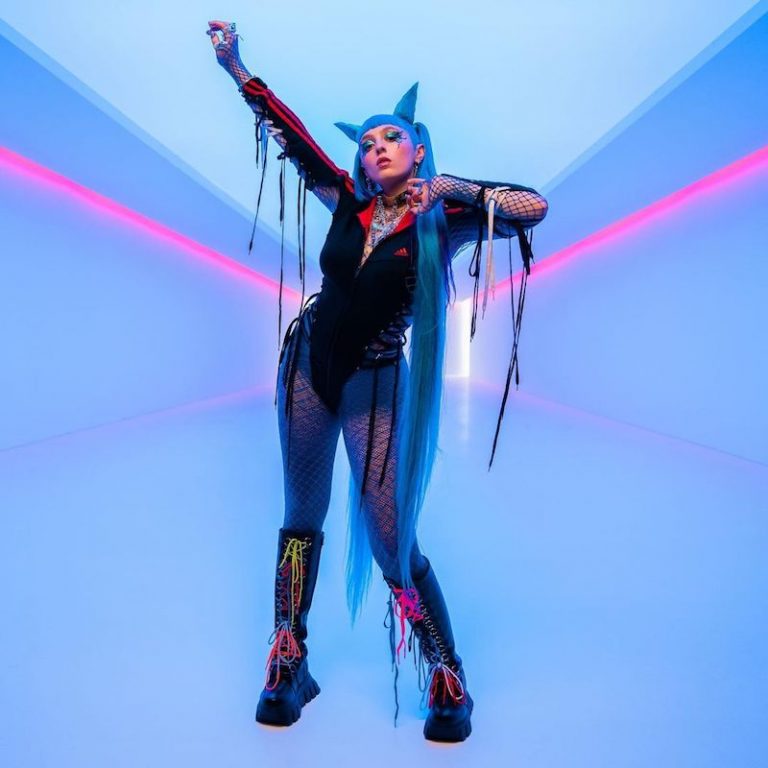 Ashnikko (Ashton Casey) is a 24-year-old London-based rapper/singer from Greensboro, North Carolina. Not too long ago, she performed her “Daisy” and “Deal With It” singles LIVE via her Vevo DSCVR session.

“You don’t wanna see me bratty. Pet the kitty, call me catty. Make your man call me, Daddy. He talks too much, he’s too chatty. CEO, I’m savvy. Respect a b*tch, I’m a maverick. Flexible, so elastic, but don’t you dare bend a b*tch backward. F*** a princess, I’m a king. Bow down and kiss on my ring. Being a b*tch is my kink. What the f*** else did you think?” – lyrics

Vevo DSCVR is an annual series that focuses on the development of emerging artists who are shaping the future of music. One of these artists is Ashnikko, a trash-talking pixie known for her eff-off attitude. She has been killing things lately, which makes sense because killing is part of her persona. Just think of Ashnikko’s blue hair as a metaphor for her sound, totally wild and reliably ambitious. The tips of the hair spike she sports in her DSCVR session are definitely sharp, and so is her performance.

Ashnikko makes genre-bending hip-hop and electronic pop, marked by her hyper-stylized, anime and video game-influenced persona. Art, music, and sexual liberation are the three most potent ingredients in Ashnikko’s rebellion. Check out her performance video for her “Deal With It” single to fully understand why Vevo included her in their DSCVR Artists to Watch program.

“I don’t need a man, I need a puppy. Allergic to you, every time you touch me. Emotional maturity for dummies, I don’t have the time to pretend you’re funny. I’m back and I’m better, I put the teddy bear you gave me in a blender. I drew a d**k on all your sweatshirts. Deal with it, boy, you got to. I don’t want you, do what you want.” – lyrics

‘Deal With It,’ an anti-boy anthem with Kelis, has racked up millions of views online. Its pirate-ship setting positions Ashnikko as both Jack Sparrow’s emo daughter and the video’s menacing sea-monster.

Ashnikko – “Deal With It” featuring Kelis

Ashnikko’s parents raised her on a musical diet comprised exclusively of country music and Slipknot. Spending her teenage years in Eastern Europe, she buried herself in music. She listened exclusively to female artists until she was 17, specifically proudly feminist and sex-positive female artists, all of whom shaped her early sound. As soon as she turned 18, she moved to London and spent her nights wandering nightclubs and open mics, eventually establishing a home for herself in the community. “Daisy” and “Deal With It” singles serve as tasty treats on Ashnikko’s new mixtape, entitled, “DEMIDEVIL.” 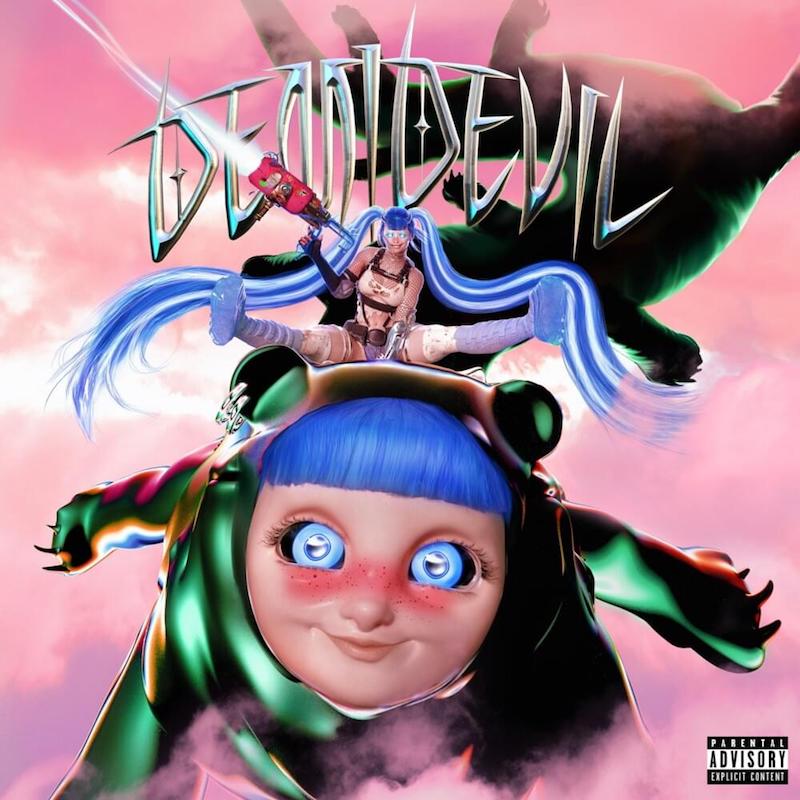 We recommend adding Ashnikko’s “Daisy” and “Deal With It” singles to your favorite playlist. Also, let us know how you feel in the comment section below. Mel Blanc’s famous catchphrase, “That’s All Folks!” Thanks for reading another great article on Bong Mines Entertainment, and always remember that (P) Positive, (E) Energy, (A) Always, (C) Creates, (E) Elevation (P.E.A.C.E).