Ananya Birla is a 5-time platinum singer-songwriter based between Mumbai, London, and Los Angeles. Not too long ago, she released a lyric video for her “Blackout” single featuring rapper Vector Tha Viper and electro-fusion artist WurlD.

“‘Blackout’ is all about taking a step back from the relentless pace of the modern world. It took me a while, but I’ve realized that life isn’t about racing to the finish line, it’s about savoring every step of the journey.” – Ananya Birla

‘Blackout’ is one of the first collaborations between major artists from India and Nigeria.

The likable tune will be featured on Birla’s highly anticipated debut EP, entitled, “Fingerprint”, available on May 17, 2019. 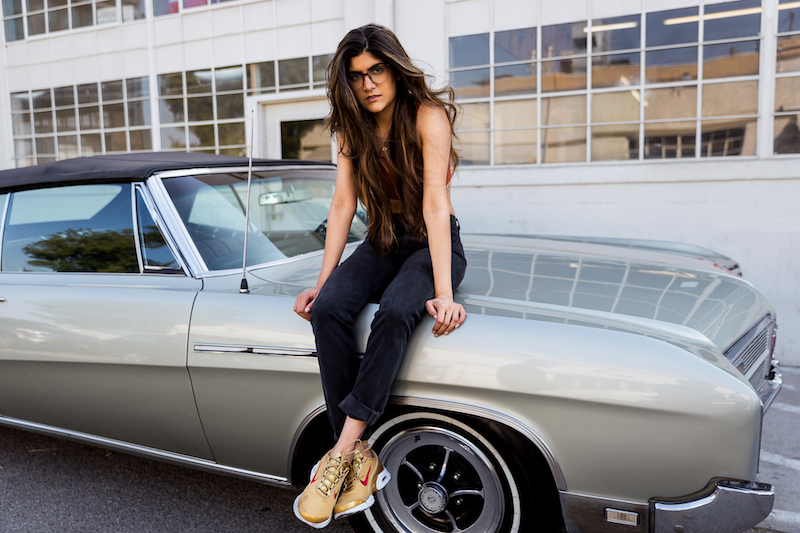 “I had always wanted to incorporate rap and hip-hop into one of my songs, and it was awesome to work with Vector and WurlD on this. Also, I’m a big believer that music is the ultimate global language and collaborating with artists from all over the world is a big part of that.” – Ananya Birla

Ananya Birla is the first homegrown artist to go platinum with an English language track in India. She has done this five times, breaking the dominance of Bollywood music on the Indian music scene.

Since signing with Universal Music India in 2016, the self-taught santoor and guitar player has reached over 150M combined streams. Also, she has collaborated with artists such as Afrojack, Jim Beanz, and Mood Melodies.

Also, she has performed at major Indian concerts including Global Citizen, Oktoberfest, and Sunburn, Asia’s biggest electronic music festival. Not too long ago, GQ listed her as one of the Most Influential Young Indians and Forbes added her to their Women to Watch list.

“Heard Ananya for the first time on the rough draft of ‘Blackout’ and I knew instantly she had something special. I’m honored to be a part of this great record.” – WurlD

WurlD is an American-Nigerian singer-songwriter who has worked with Akon, B.O.B, Mario, and Trinidad James.

In 2012, he released his debut single, entitled,  “Beyond Our Dreams”. The likable tune was later featured on his debut EP, entitled, “Evolution”.

Later, he received a gold certification for a collaborative track, entitled, “Follow You”, with Polish International DJ Gromee.

“The world needs more voices like ours and Ananya did amazing with this record. it is a pleasure to have joined voices with her and WurlD on this art piece.” – Vector

Vector (Ogunmefun Olanrewaju) is the voice behind the Sprite commercial which has aired on most radio stations across Nigeria since 2009. He started his hip-hop journey in junior high in 1994.

We recommend adding Ananya Birla’s “Blackout” single to your personal playlist. Also, let us know how you feel about it in the comment section below.