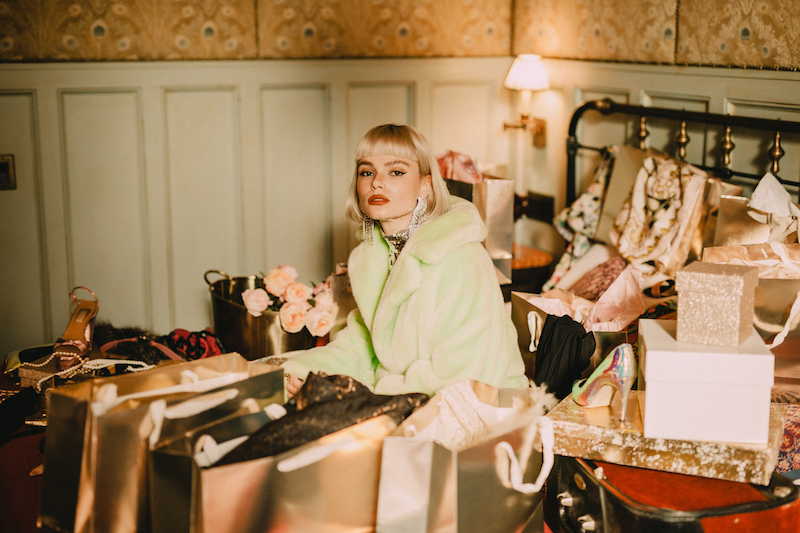 Winona Oak unveils an attractive audiovisual for her “With Myself” single

Winona Oak is an LA-based singer-songwriter from Sweden. Not too long ago, she released an attractive audiovisual for her “With Myself” single.

Winona Oak – “With Myself” music video

“Leading up to the release of this song, I’ve been thinking a lot about how scarily easy it is to lose yourself in order to please somebody else. And trust me when I say that I’ve been there. You start overlooking your own needs and all of a sudden it’s like you’re living and breathing to satisfy someone that wouldn’t lift a finger for you.” – Winona Oak stated

‘With Myself’ contains a self-empowerment narrative, ear-welcoming vocals, and sugar-sweet melodies. Also, the catchy tune possesses vibrant instrumentation flavored with indie and electro-pop elements. Furthermore, “With Myself” follows hot on the heels of Winona Oak’s “Who Can Sail” single from the compilation album, “At Home With the Kids”; and “Another Story” from her recently released debut EP, entitled, “CLOSURE”, released via Neon Gold and Atlantic Records earlier this year.

“This year didn’t really turn out as we expected. The music video for my song ‘With Myself’ was recorded before the pandemic took over the world. So looking back at it now is like looking back at a totally different universe. Back then we were able to share champagne glasses, hug each other, and talk all night long at some cozy bar under a cold and crystal clear New York sky.” – Winona Oak

“It’s so cute thinking I’m not over you.” 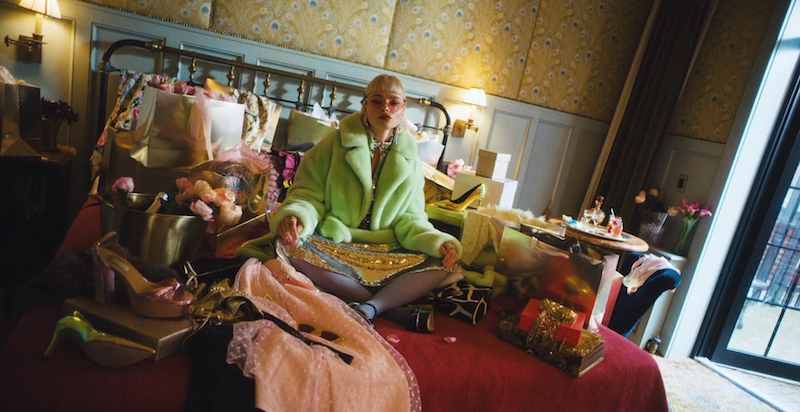 “I’m privileged to say that living in quarantine for so long hasn’t been easy. But it has offered me an opportunity to slow down and self-reflect. It’s like we’ve all been so busy chasing the future that we’ve forgotten how to appreciate the beauty of the life we’re living right now. My heart goes out to all those who lost their loved ones, those who don’t have a job to go back to, and those who are forced to live in complete isolation without anyone to comfort them.” – Winona Oak

Winona Oak first caught the public’s attention when she collaborated with The Chainsmokers on their viral hit single, “Hope”. The song, which was co-written by Winona and features her stunning lead vocals, has amassed over 500 million streams globally. Her debut single, “He Don’t Love Me”, is a paean to finding strength in your own self-worth. The track has been a runaway success, amassing over 48 million streams across all platforms to date. Also, her sophomore single, “Break My Broken Heart”, followed suit, amassing over 13 million streams across all platforms globally.

“I found somebody else, now I’m f**king with myself.” 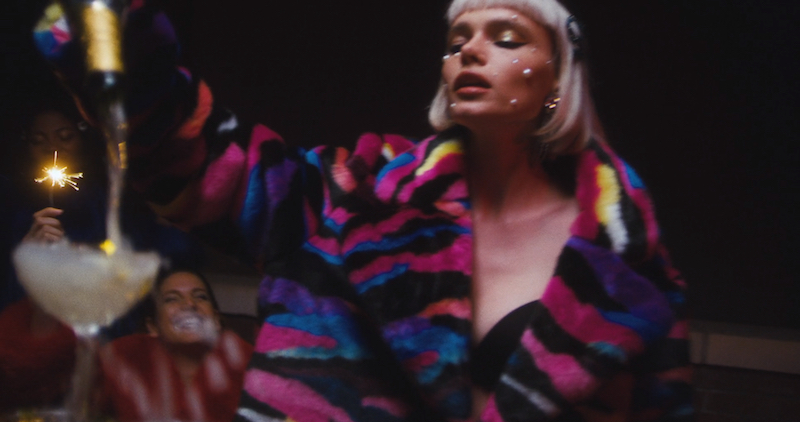 “There are so many double standards in today’s society. Women are constantly shamed for showcasing our healthy desire to be sexual. And we are seen as ‘bossy’ and less likable for being successful compared to our male colleagues. When me, Sly and Max Wolfgang wrote ‘With Myself’, we wanted to take all these things and play around with the concept of a ‘bossy’ badass woman counting her money, buying her own gifts, enjoying the space in her bed, and making love to no one but herself.” – Winona Oak

Winona Oak was born and raised in the Nordic forests of Sweden—on a small crop of land called Sollerön, known as the “Island of the Sun”. The artist is every bit as enchanting as her origin story. With a childhood spent encountering more animals than people, she grew up a trained horse acrobat and pursued creative expression however she could, writing poetry and songs from a young age. Born into a musical family, Winona sang throughout her youth and began playing violin at the age of five and piano at the age of nine. 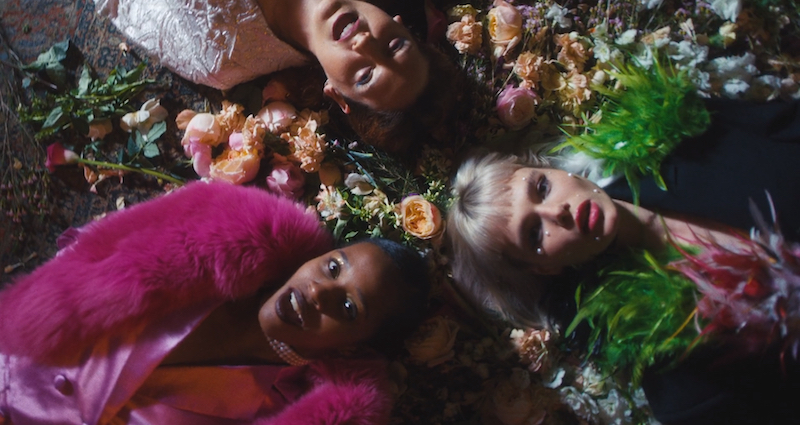 “I want you to feel empowered. I want women of all ages, all around the world to feel comfortable in their own beautiful bodies. And to stop putting somebody else’s needs and opinions in front of their own. YOU are in charge of YOUR body and YOUR sexuality. And that’s a beautiful thing so I want you to own it. It’s about time that we make more love with ourselves.”  – Winona Oak

After moving to Stockholm to pursue her passion for music, a leap of faith to attend Neon Gold Records’ writing retreat in the Nicaraguan jungle in 2017 led Winona Oak to Australian electronic maestro, What So Not. She would go on to co-write his next two singles “Better” and “Stuck In Orbit”. Eventually, she stepped into the spotlight as both the writer and featured artist on his 2018 single, “Beautiful”, which took home the 2019 AIR Award for Best Independent Dance Single at the Australian Independent Music Awards. In 2018, she released a cover of “Don’t Save Me” from fellow Neon Gold Records signees HAIM for the label’s 10-year anniversary compilation: NGX: Ten Years of Neon Gold. 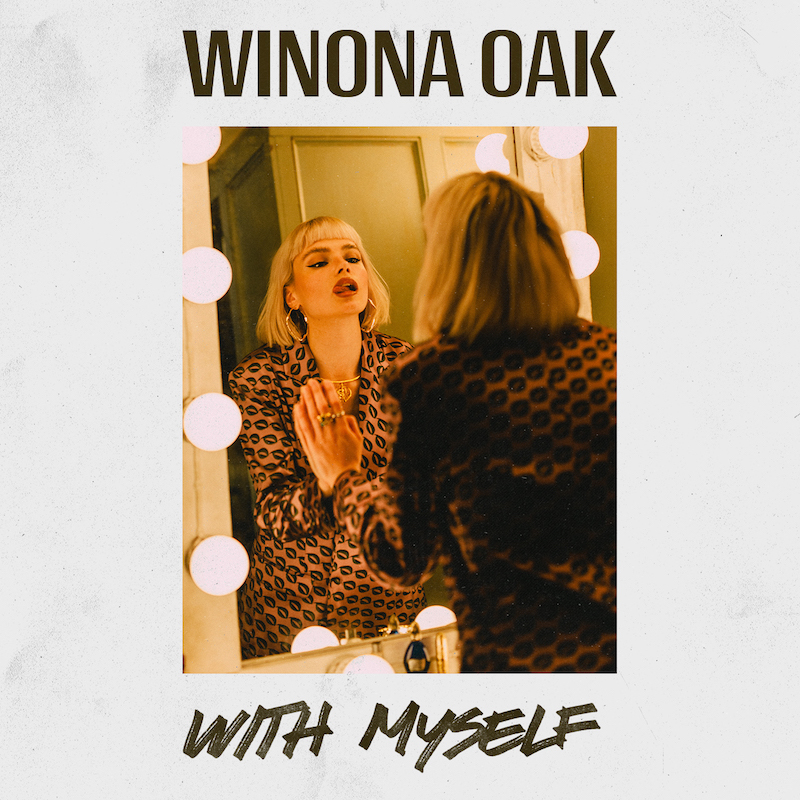 “This is a really special one to me. So I hope that it will find its way into people’s hearts. Take care and stay safe.” – Winona Oak

We highly recommend adding Winona Oak’s “With Myself” single to your personal playlist. Also, let us know how you feel in the comment section below.