Winona Oak is an LA-based singer-songwriter from Sweden. Not too long ago, she released an audiovisual for her “He Don’t Love Me (Gaullin Remix)” single.

“We’re all capable of falling for people who don’t value us, grasping for a leaving hand. But we must understand that we’re just as capable of realizing that our worth does not lay in those heavy hands.” – Winona Oak

The original version of “He Don’t Love Me” has become a breakout hit for Winona Oak.

The bubbly debut tune was released via Neon Gold Records/Atlantic Records. So far, it’s been embraced by tastemakers, critics, and fans alike.

Not too long ago, Oak released a stunning and intimate live performance video to promote the single.

Winona Oak was born and raised in the Nordic forests of Sweden on a small crop of land called Sollerön, known as the Island of the Sun.

The charismatic singer is every bit as enchanting as her origin story. She spent her childhood encountering more animals than people.

Also, she grew up a trained horse acrobat and pursued creative expression however she could, writing poetry and songs from a young age. 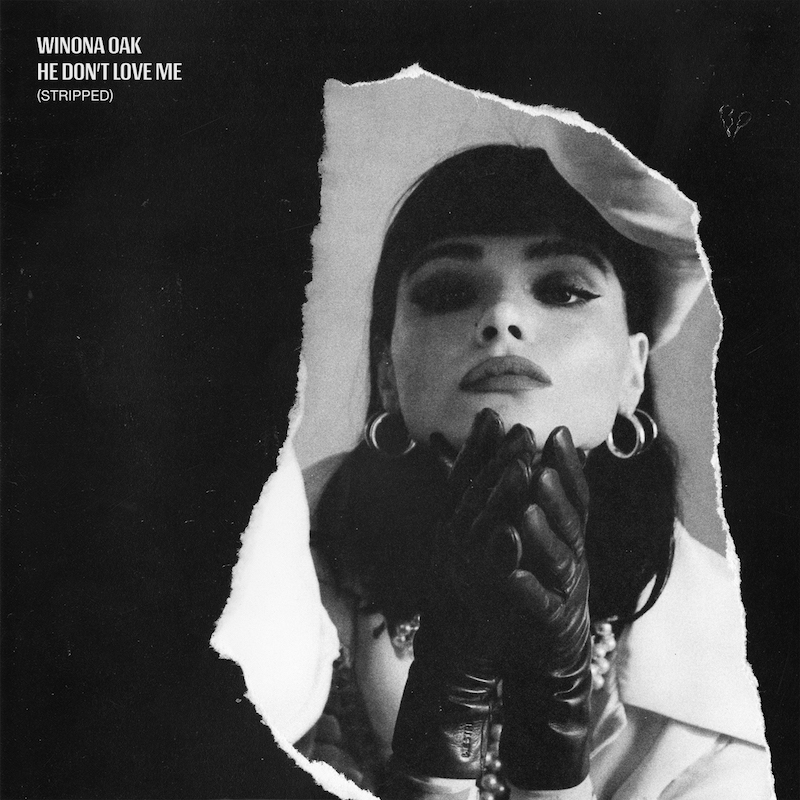 Winona Oak was born and raised in the Nordic forests of Sweden on a small crop of land called Sollerön, known as the Island of the Sun.

After moving to Stockholm to pursue her passion for music, a leap of faith to attend Neon Gold Records’ writing retreat in the Nicaraguan jungle in 2017 led her to Australian electronic maestro, What So Not.

What So Not – “Beautiful” featuring Winona Oak

Winona Oak would go on to co-write What So Not’s next two singles, “Better” and “Stuck In Orbit”.

Eventually, she stepped into the spotlight as both the writer and featured artist on his 2018 single, entitled, “Beautiful”.

The minimal production allowed Oak’s ethereal voice to shine through, slower than the original and drenched in ethereal sadness.

In  2018, she closed out the year with a dope collaboration with The Chainsmokers on their viral hit single, entitled, “Hope”.

“Hope” was co-written by Winona Oak, and so far, the likable tune has amassed over 300M streams across all platforms globally.

We recommend adding Winona Oak’s “He Don’t Love Me (Gaullin Remix)” single to your personal playlist. Also, let us know how you feel about it in the comment section below.