Tai Marie is a Dallas-based singer-songwriter from Los Angeles, California. Not too long ago, she released a groovy R&B single, titled, “Dys•func•tion•al.”

“I got you on my mind, don’t know why you hurt me bad. But I’m alright, can you give me a call? I’ll make a flight, and be there tonight to make this right. We both just constantly hurting each other, maybe we’re not supposed to be together. We kiss and make-up, it depends on the weather. Breakup again – said you cried to your mother.” – lyrics

‘Dys•func•tion•al’ tells an honest tale about a young woman who shares a problematic relationship with her significant other. Apparently, they take turns inflicting pain on each other, and she’s sick and tired of the commotion. Later, she tells her companion, “Feels like we’re playing a toxic game, I just can’t take it, yet I still stay. I guess I’m hopeful that someday maybe we’ll be okay.”

‘Dys•func•tion•al’ contains a relationship-based narrative and pleasing vocals that will resonate well with fans of SZA, H.E.R., and TLC. The groovy tune possesses funk-laden instrumentation flavored with a contemporary R&B vibration. Furthermore, “Dys•func•tion•al” follows mildly on the heels of Tai Marie’s previously released single, “Sukiyaki,” a Taste of Honey cover.

“Every time we try this, someone ends up broken.” 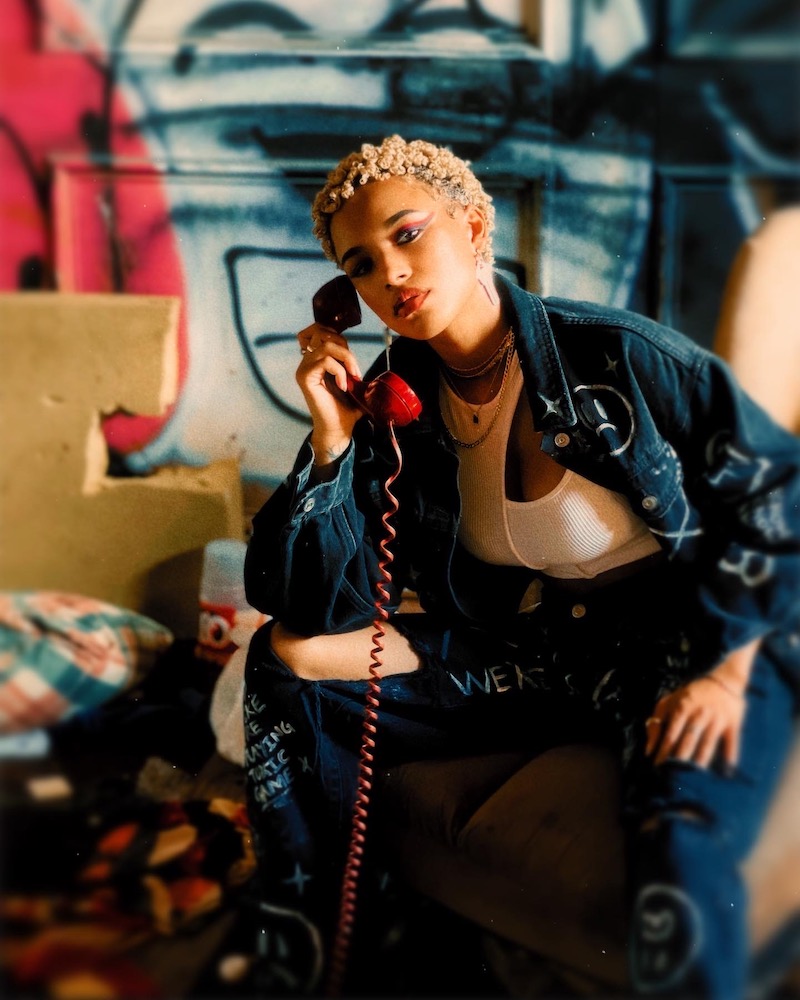 “I wrote ‘Dysfunctional’ after breaking up with my ex. I love building stories in my songwriting and so the song is based on the dysfunction I felt in that relationship. We both wanted different things, it was like that realization and moment of acceptance, ‘I know baby, we’re so dysfunctional,’ it just wasn’t going to work out.” – Tai Marie explained

Tai Marie is a throwback R&B soul singer who takes a page out of Quincy Jones’s book by developing her talent in all forms of artistry. She grew up in a music-orientated home. Jon-John Robinson (her two-time Grammy Award-winning producer father) influenced and fostered her creativity. Also, her passion for music was inspired by ‘80s groups like Tears for Fears, Sting, Sade, and Lauryn Hill.

We recommend adding Tai Marie’s “Dys•func•tion•al” single to your favorite R&B playlist. Also, let us know how you feel in the comment section below. Mel Blanc’s famous catchphrase, That’s All Folks! Thanks for reading another great article on Bong Mines Entertainment – the hot spot for new music. Always remember that (P) Positive, (E) Energy, (A) Always, (C) Creates, (E) Elevation (P.E.A.C.E). Contact us on social media via Twitter, YouTube, Instagram, or Facebook, and let us know what’s going on. Disclaimer: This post, contains affiliate links, and we may be compensated if you make a purchase through links on our website.