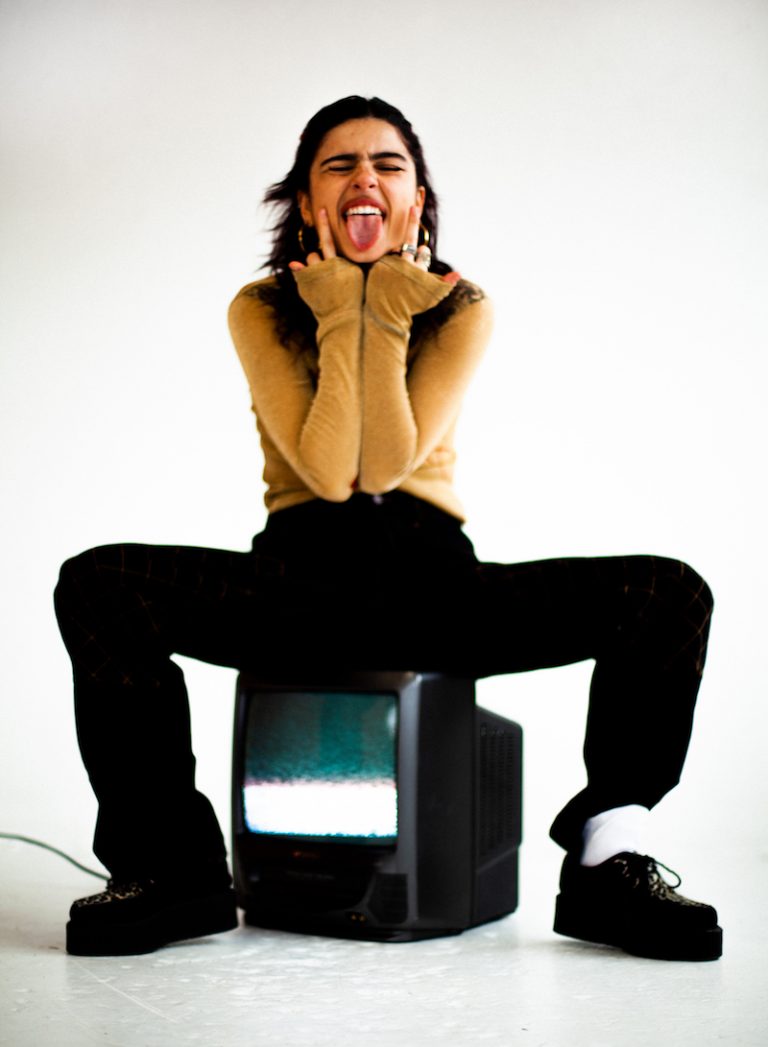 renforshort (Lauren Isenberg) is a rising 18-year-old singer-songwriter from Toronto, Canada. Not too long ago, she performed her “time machine” single LIVE via her Vevo DSCVR session.

Vevo DSCVR is an annual series that focuses on the development of emerging artists who are shaping the future of music. One of these artists is renforshort, an alternative-pop rocker wunderkind who has received wide critical acclaim thanks to her repertoire of über–popular tunes. After signing with Interscope Records, she released her debut EP, entitled, “teenage angst,” in 2020. Since then, renforshort has added accumulated millions of streams online and received lots of love from her adoring supporters.

If you ask renforshort what kind of music she makes, her response may surprise you. “Tastefully weird,” she’ll say. And yet, no descriptor would be better suited to characterize the enigmatic rising pop star’s personal brand of deeply reflective, yet undeniably relatable, left-of-center alternative-pop.

“Why are all the good things the first things we forget?”

renforshort was destined for pop stardom long before she signed with Geffen Records. Long before she racked up over five million plays online via various streaming platforms. During an open mic night in 2016, 14-year-old renforshort realized she was meant to make music. Two years later, she released her debut single, “waves.” Months later, she was catapulted into the upper echelons of digital fame when her second single, “mind games,” went viral.

“I’m a big fan of Tim Burton films and the eeriness that a lot of his films encompass. I wanted that same feel for my video and to me, that started with our location. My grandparents live on a farm. Their house was built in the 1800s and they are antique buffs. There was so much eye candy to choose from. The floors creaked every time you’d walk. The house had the original wallpaper and paint on the walls not to mention a weird smell that would appear every now and then.” – renforshort

We recommend adding renforshort’s “time machine” single to your favorite playlist. Also, let us know how you feel in the comment section below. Mel Blanc’s famous catchphrase, “That’s All Folks!” Thanks for reading another great article on Bong Mines Entertainment, and always remember that (P) Positive, (E) Energy, (A) Always, (C) Creates, (E) Elevation (P.E.A.C.E).