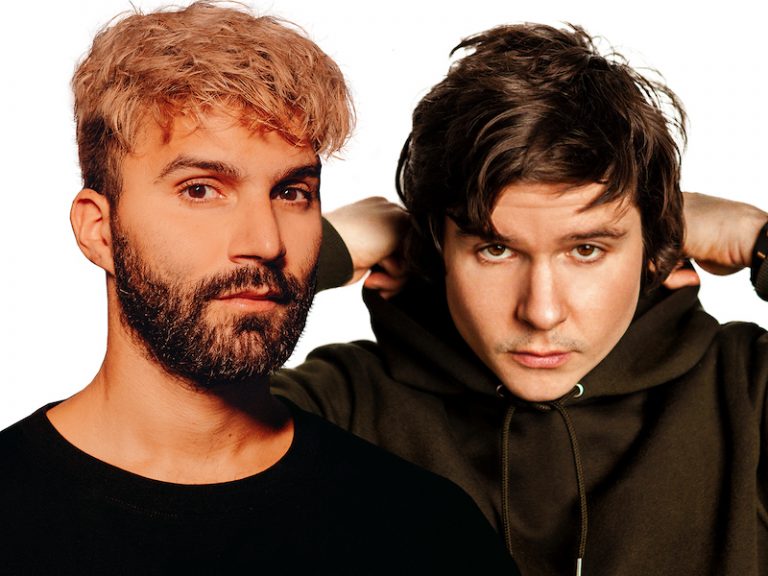 R3HAB (Fadil El Ghoul) is a world-renowned Dutch/Moroccan DJ and producer. Lukas Graham is a GRAMMY-nominated singer-songwriter and multi-platinum artist from Denmark. Not too long ago, they released an inspiring dance tune, entitled, “Most People,” via CYBERPVNK.

“2 am in the kitchen, we’re going in circles. Getting dizzy, can we slow it down? Know we talking a lot, but we ain’t even saying things. No, we don’t need to be this loud. Now, I ain’t saying that this is easy, nothing good ever comes for free. And most people will say we’re crazy but it’s not crazy to stay with me.” – lyrics

‘Most People’ is about not giving up on love during tough times. The moving tune, which showcases R3HAB’s softer sonic side, is guaranteed to hit you in the feels and make you remember the good and bad times of any relationship, past or present.

Furthermore, “Most People” contains a relatable narrative, ear-pleasing vocals, and tuneful melodies. The festive tune possesses guitar-laden instrumentation flavored with electro-dance, alternative, and Country/folk elements. Also, “Most People” serves as a tasty appetizer to what listeners can expect to hear on R3HAB’s upcoming album. Plus, the song follows R3HAB’s recent releases—“Sad Boy” with Jonas Blue, Ava Max, and Kylie Cantrall; and, “Runaway,” with Sigala and JP Cooper. 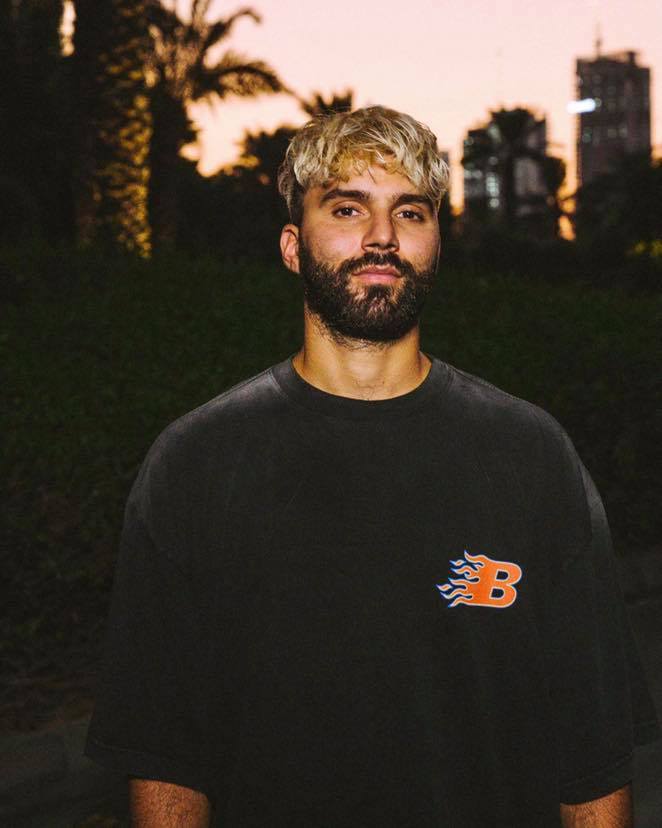 “I had the pleasure of remixing ‘Share That Love’ for Lukas last year, and we are excited to now release ‘Most People’ as well. I’ve always admired how Lukas uses his platform to spread positivity and make the world brighter and more resilient. ‘Most People’ is a record celebrating the rewards of putting in the work. Tomorrow is not promised, so we need to recognize and celebrate the good things we have today. I hope this record encourages our listeners to live openly and love deeply.” – R3HAB explained

Furthermore, R3HAB’s work has accumulated over five billion streams to date. In 2020 alone, he gained over 900 million streams online via Spotify. Currently, he is the most discovered artist on Spotify, one of Spotify’s top 150 most streamed artists across all genres worldwide, and ranked #12 on prestigious DJ Mag’s Top 100 DJs chart. With his combination of innate artistry and innovative attitude, in 2021, R3HAB is continuing his journey among electronic music’s elite.

“Most people want love but when they get stuck, they let it go to waste. No, we ain’t letting go ‘cause we ain’t most people.” 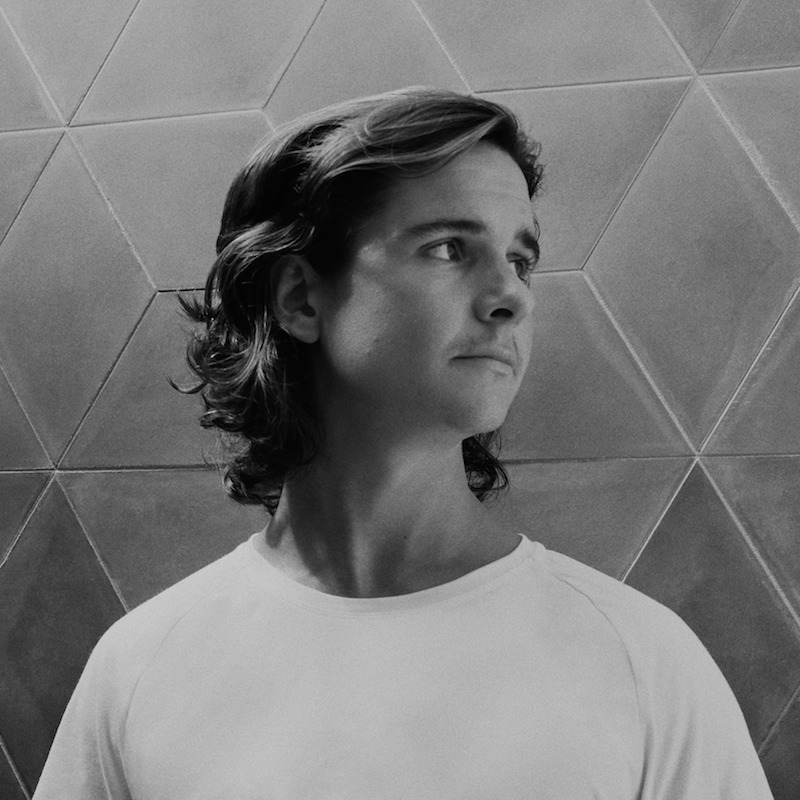 “I’ve seen a lot of people break up when things got tough. But I’ve found the rewards of working through difficult times to be immense. The love I have for my wife hasn’t changed, but the circumstances of our love and our life have. Addressing our needs in a social and romantic context is imperative. Working with R3HAB has been awesomely smooth, and I love how versatile he is, probably why this collab has felt so easy. ‘Most People’ reminds me of beach parties, late-night BBQs, and all the good stuff.” – Lukas Graham explained

Since his eponymous global debut in 2016, Lukas Graham has solidified his status as one of the biggest breakout acts in music. His multi-platinum song, “Love Someone,” from 2018’s “3 (The Purple Album),” has been streamed over one billion times worldwide and is 18x certified platinum across multiple continents. To date, Graham has performed on Good Morning America, American Idol, The Bachelorette, Dancing with the Stars, Jimmy Kimmel Live!, The Late Late Show with James Corden, Late Night with Seth Meyers, LIVE with Kelly & Ryan, and many more.

‘7 Years’ was the highest-selling single by a debut artist in 2016. This success catapulted Lukas Graham to sold-out tours around the world, critical acclaim from notable media outlets, and countless television performances including The GRAMMY Awards and the MTV Video Music Awards, where he was also nominated for Best New Artist.

‘7 Years’ transformed Lukas’s life into a whirlwind – a world away from his beginnings, born on a couch in Christiania, an impoverished quasi-commune located in the center of Copenhagen. He most recently unveiled his latest track, “Call My Name,” following his emotionally charged single, “Happy for You,” which pave the way for much more to come from Lukas Graham very soon.

“May be stormy out here, but it’s making us stronger.” 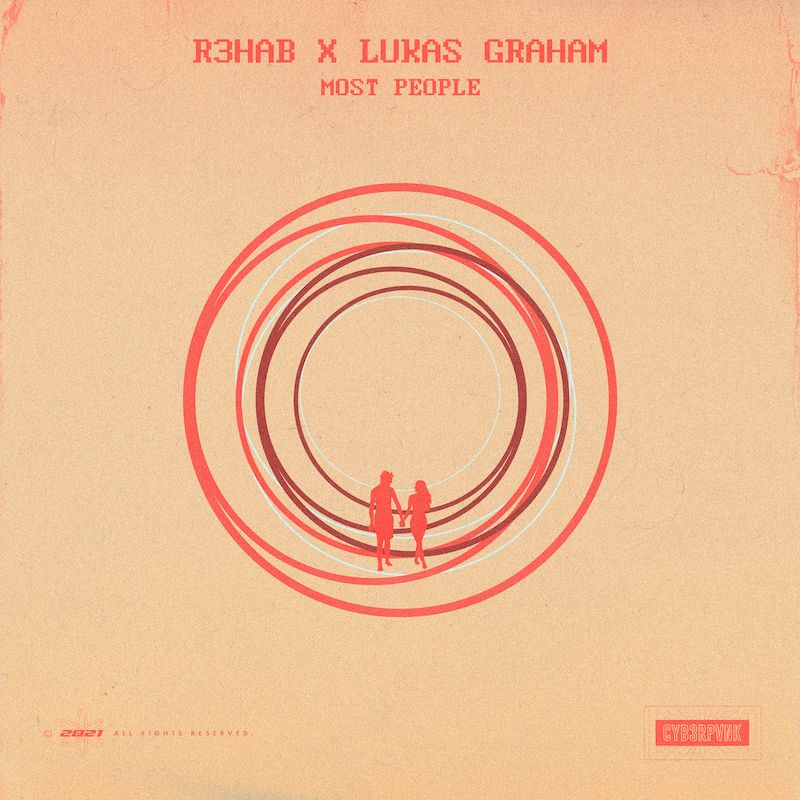 We recommend adding R3HAB’s and Lukas Graham’s “Most People” single to your favorite electro-dance playlist. Also, let us know how you feel in the comment section below. Mel Blanc’s famous catchphrase, “That’s All Folks!” Thanks for reading another great article on Bong Mines Entertainment – the hot spot for new music. Furthermore, always remember that (P) Positive, (E) Energy, (A) Always, (C) Creates, (E) Elevation (P.E.A.C.E).