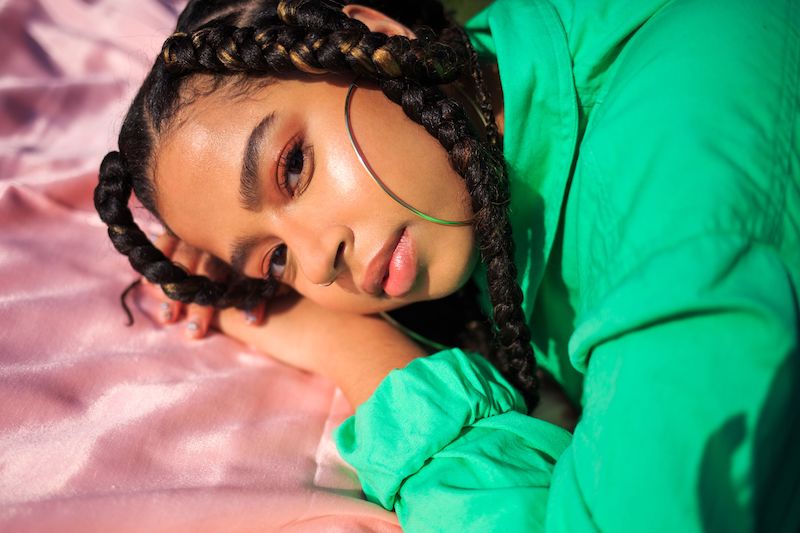 Olivia Nelson is a rising singer-songwriter based in East London. Not too long ago, she released an honest R&B tune, entitled, “Keeper”, the third track from her upcoming EP.

“I hope he cracks your back and treats you better than he did to me. I hope he builds a bridge and gets over his insecurities. I’m so over the complications, over the not letting go. I’m ready to move on, ready to open the door. And she’s a keeper if she can deal with all your sh*t. No, I wasn’t the one, wasn’t no fun to play with.” – lyrics

‘Keeper’ tells a straightforward tale of a young woman who sends her ex-beau an evergreen message.

Apparently, not too long ago, the once budding couple called it quits. Their breakup occurred because she lived in a fairytale world while he simultaneously dated someone else.

Later, after healing from her heartache, she tells her ex to keep his new girl close because she’s the only one who will deal with his shenanigans.

“It’s a message to his new girlfriend. A warning of what’s potentially to come.” – Olivia Nelson

Olivia Nelson blossomed after releasing her collaborative debut, “Someone That You Love”, which has amassed over 15M  streams; and her standalone single, “Smother Me”, has over 1M streams online.

She is labeled one of British R&B’s most exciting new talents and set to perform on the BBC Introducing Stage at Reading & Leeds Festival this year. Followed by her own headline show at Hoxton Bar & Kitchen in London on October 15, 2019.

We recommend adding her “Keeper” single to your personal playlist. Also, let us know how you feel about it in the comment section below.