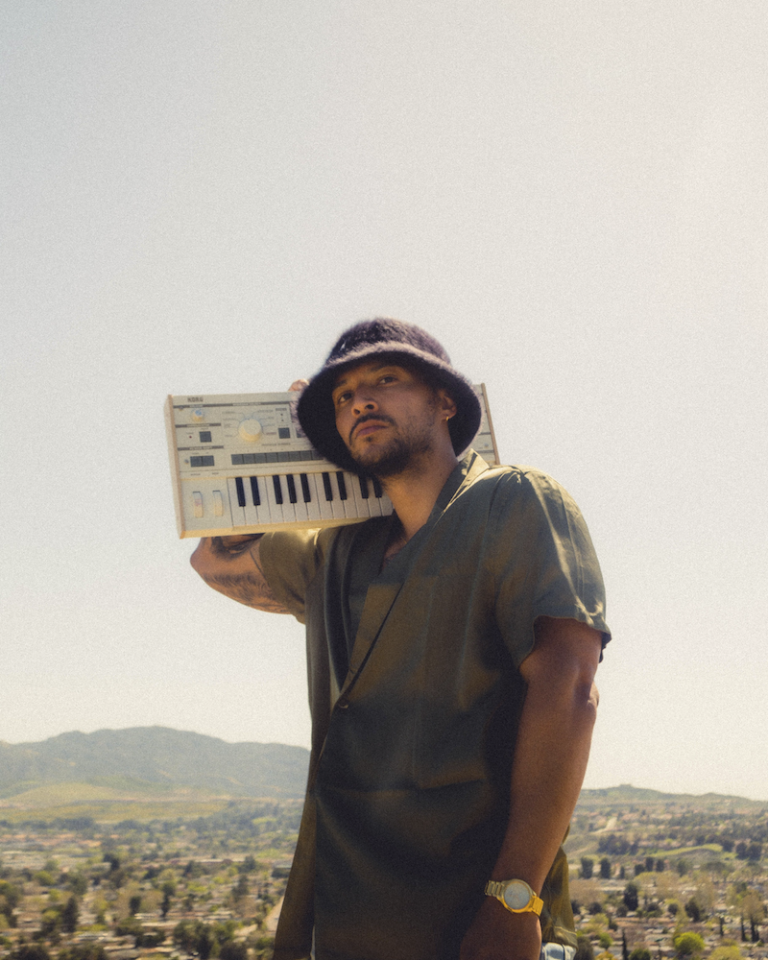 NappyHigh (Channy Cardenas) is an up-and-coming producer, DJ, musician, songwriter, and rapper based in Los Angeles, California. Not too long ago, he released a fascinating neo-soul tune, entitled, “AllMine,” featuring Kay Franklin and BLÜ.

“‘AllMine’ is about the love of your life returning to rekindle the feeling of what it used to be.” – NappyHigh explained

“AllMine” tells a heartfelt tale about a young guy who doesn’t want to be single anymore. Apparently, he wants to be in a relationship because everywhere he goes, he sees couples cuddling. Later, he admits, “I need someone, I think I need good loving. A woman I can really f*** with the kind of p**** that make a ni^^a come quick.” One day, he meets a special woman who he takes a great liking to. With respect and admiration, he tells her politely, “This sh*t ain’t part-time. I need you at all times. If it’s all right, this could be all day and all night.”

“Baby, I want something I can call mine.”

NappyHigh is currently half of the hip-hop/soul group, BlueNotes (with rapper Memnoc), providing production and engineering. Also, not too long ago, he released an 11-track album featuring Curren$y, Mick Jenkins, Blu, Iman Omari, Devin Morrison, Sy Ari Da Kid, and many more.

We recommend adding NappyHigh’s “AllMine” single to your favorite neo-soul playlist. Also, let us know how you feel about it in the comment section below. Mel Blanc’s famous catchphrase, “That’s All Folks!” Thanks for reading another great article on Bong Mines Entertainment – the hot spot for new music. Always remember that (P) Positive, (E) Energy, (A) Always, (C) Creates, (E) Elevation (P.E.A.C.E). Contact us on social media via Twitter, YouTube, Instagram, or Facebook, and let us know what’s going on. “Disclaimer: This post contains Apple TV and Apple Music affiliate links. When you buy through links on our site, we may earn an affiliate commission.