Megan Thee Stallion is a GRAMMY-nominated rapper from Houston, Texas. Not too long ago, she performed in front of a jam-packed crowd at Central Park’s Rumsey Playfield. She performed several songs via Good Morning America and GMA3: What You Need To Know, as part of their Summer Concert Series.

Megan Thee Stallion talks about her new album, “Traumazine,” being inspired by Queen Latifah. The project finds Megan channeling her real feelings. Later, she tells Good Morning America that her album is “a whole new experience” for her. Also, she wanted to give her fans (Hotties) a chance to get to know her on a deeper level. “Like, y’all know me, but I really wanted y’all to get to know me. So, I had to make up a whole new word for what we’re doing right now,” Megan said of the album’s title.

“I have more stories to tell, more than just on music,” Megan added, before revealing the one person she looks up to as a role model in her career. “Like, I’m a big fan of Queen Latifah. I really look up to her. I really like how she not only did her thing in music, but she expanded it to be the boss she is now — and I see that for myself.”

Megan Thee Stallion performs “Her” for the first time

Aside from music, Megan Thee Stallion is excited for Megan Thee Director to jump out. Recently, she signed a first-look deal with Netflix, giving the recent Texas Southern University graduate even more room to express herself in all sorts of new ways.

“So usually I could be sad and I can write a song like ‘Body,’ or I could be mad and I can write a song like ‘Big Ole Freak,’ but on this album I wrote my feelings accordingly,” Megan Thee Stallion explained. “Like, I was sad, and I wrote a sad song, I was angry and I wrote a more aggressive song. I feel like I was really confronting my real feelings.” 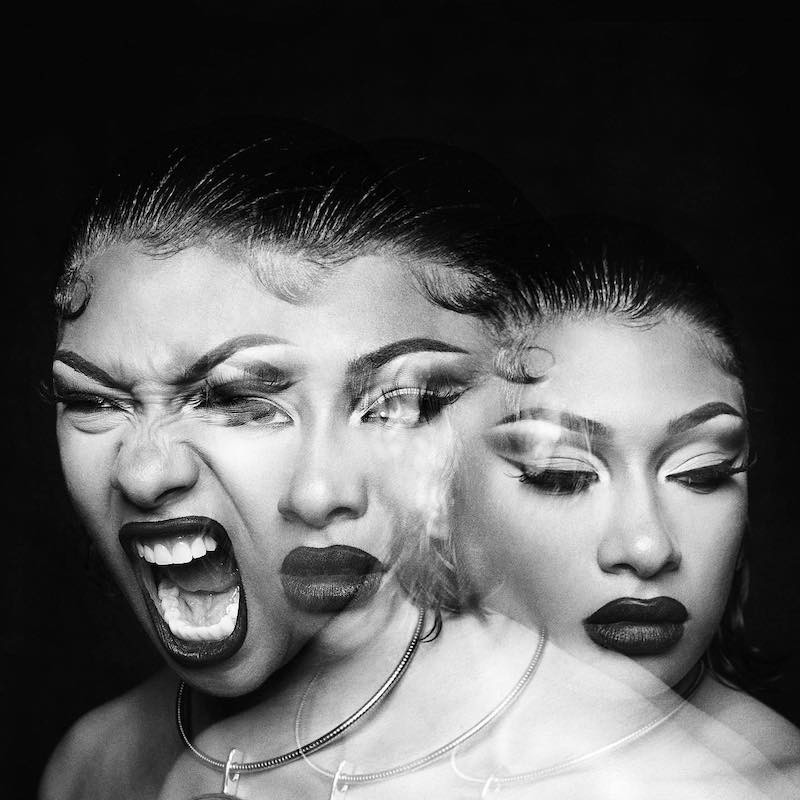 Megan Thee Stallion said she was nervous to make this album because she talks about her real feelings on it. She told the Summer Concert Series crowd, “Just to know that y’all really rocking with me as this and I could be myself, it makes me feel really good.”

We recommend adding songs from Megan Thee Stallion’s “Traumazine” album to your favorite hip-hop playlist. Also, let us know how you feel in the comment section below. Mel Blanc’s famous catchphrase, That’s All Folks! Thanks for reading another great article on Bong Mines Entertainment – the hot spot for new music. Always remember that (P) Positive, (E) Energy, (A) Always, (C) Creates, (E) Elevation (P.E.A.C.E). Contact us on social media via Twitter, YouTube, Instagram, or Facebook, and let us know what’s going on. Disclaimer: This post, contains affiliate links, and we may be compensated if you make a purchase through links on our website.