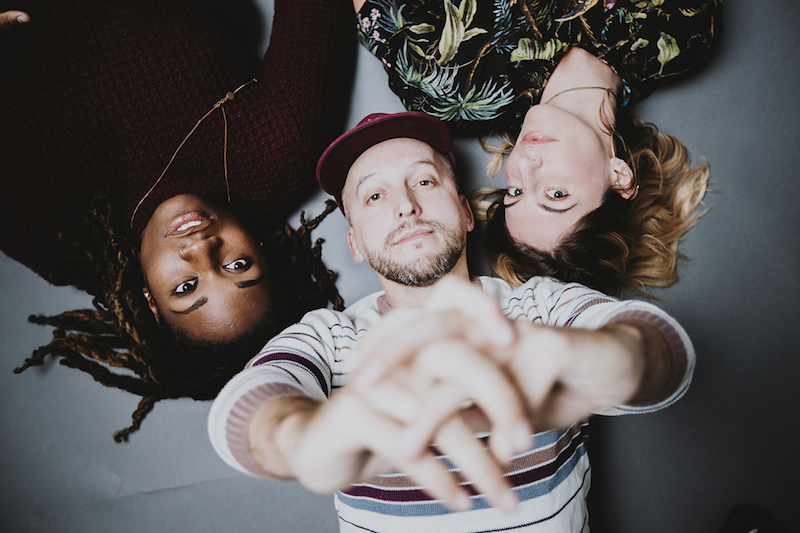 Little Monarch is an LA-based indie-pop/alternative band. Not too long ago, they released “Full Release”, a deliciously groovy single from their upcoming second EP.

“Full Release was a true collaboration for us, where everyone came together and brought a different piece of the song to the equation. The verse and the chorus, like bodies intertwining and becoming one, don’t necessarily need each other to exist… but they just feel right lying next to each other.”

“This song attempts to capture those moments of bliss when you’re in deep with someone who just lights you up. Also, it’s happy, sexy underneath, and might be wearing a denim on denim outfit.”

Little Monarch was formed when Casey found herself in the audience at one of Lanita’s solo live performances and approached her to collaborate.

If you are into “Full Release” then there’s a good chance you might like “Tangerine“, Monarch’s fresh single with a groovy heartbeat.

In conclusion, Little Monarch’s music is pretty awesome and deliciously peachy. It expresses the diverse backgrounds of the band members. Also, its lively sound, which comprises of soul, reggae, rock, and pop influences, creates a feel-good vibe that makes you want to dance forever.

We highly recommend you adding Monarch’s “Full Release” to your personal playlist. Also, show massive support for their upcoming second EP, which will be released later this summer.

Monarch’s self-titled debut EP has garnered viral success via Spotify with over 15 million streams since its October 2016 release.