Lexy Panterra is a first-generation Persian American artist and pop culture phenomenon from the Oak Park neighborhood of Sacramento, California. Trina is a popular rapper, songwriter, television personality, and actress from Miami, Florida. Not too long ago, they released an attractive music video for their “Booty On Her” single. The song, produced by Dutra, features album art by French painter, Lionel Thomas.

“This booty ‘gon bounce his a$$ to sleep, a TKO. In the streets, I’m classy, but at home, I’ma freak. Don’t put nun past me, I’ll be your whore. Book smart or street, made fresh to order. How you like it? I come tight and sweet. Where’s the currency? I need my coins for that back shot before I make this a$$ pop. D*** to jaw, gone headlock, f*** me raw. Make this bed rock, now paint my face all white with the cream, I’ma be yo slave. Yo slut today, don’t call me bae. I’m gon’ deep throat that d*** and make you cum. I’ma make you skeet ‘till all that touch my lungs.” – Trina lyrics

‘Booty On Her’ paints a vivid picture of a promiscuous woman who utilizes her desirable body to get ahead in life. Apparently, every guy wants to get naughty with her and she knows that. Therefore, she gives them what they desire, and in return, she gets awarded financially. Later, she admits, “You know I stay tight like a virgin, probably got him out here purging. On my Only Fans, they tip me. Never take a stray out with me. If I get a little tipsy, I might put his face in my Fenty.”

‘Booty On Her’ contains an explicit sex-based narrative, rude lyrics, and an alluring rap flow that will surely resonate well with fans of Cardi B, Megan Thee Stallion, and Nicki Minaj. The salacious tune possesses melodic drum-laden instrumentation flavored with hip-hop and contemporary rap elements. Furthermore, “Booty On Her” serves as a tasty treat to what listeners can expect to hear on Lexy Panterra’s long-awaited upcoming album, entitled, “Sex, Money, & Love Songs,” set to be released in 2022. 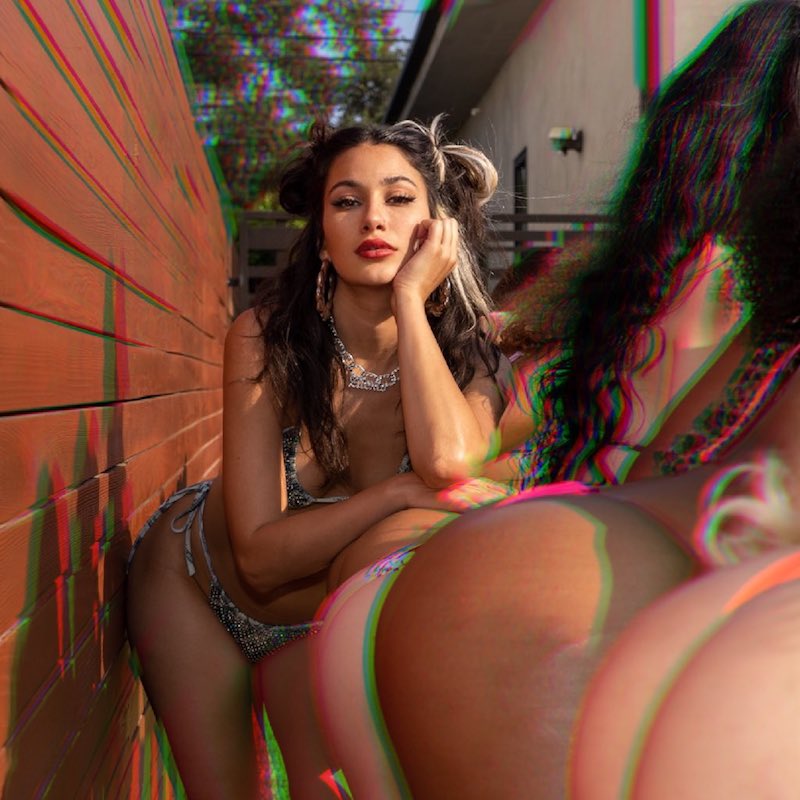 “I’m a bad little b*tch, I except it, so I bought me a necklace. He like girls that live a little reckless, he got a death wish. And when it all falls down like Tetris, I’m giving him extras. And when he stroke it, I’m calling him daddy. When he’s up inside got him moaning, Alexis. A$$ too thick, come spend on it, then come spit on it. He fell in love with my a$$, taking pics on it. Shaking it fast and he slapping his d*** on it. I just might twerk, leave, sit on it. He might just pay, leave, rent on it. Kitty’s so wet, he gon’ love when I drip on it. D*** is so good I might go put my friend on it.” – Lexy Panterra lyrics

Lexy Panterra is a larger-than-life online personality with a loyal fan base of over nine million followers. To date, she has accumulated an impressive 500 million views and over one billion impressions across various platforms. As an international artist, Lexy has collaborated with DJ Snake, Major Lazer, Marshmello, and Lil Yachty to name a few. Not too long ago, she released her “Where Do You Go” and “More Than You” singles, both landing on the Billboard charts. 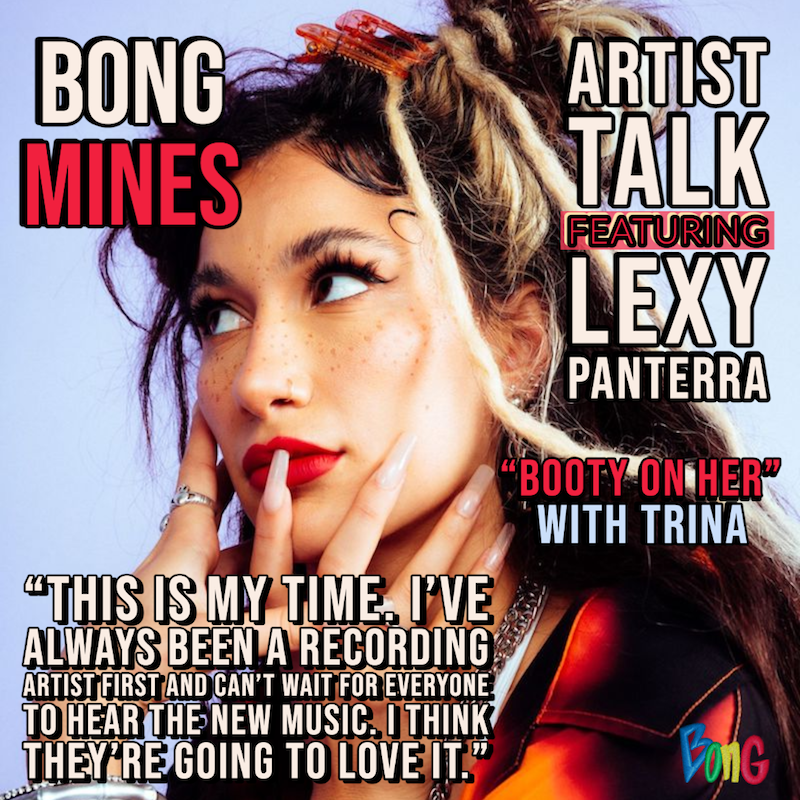 “This is my time. I’ve always been a recording artist first and can’t wait for everyone to hear the new music. I think they’re going to love it.” – Lexy Panterra stated

Lexy has deep-rooted values which stem from her Persian descent and upbringing. Her Grandmother was Leila Kasra Afshar (Leila Kasra), a famous Iranian singer and poet who came to the United States in the wake of the Iranian Revolution. As a child, Lexy’s father – an Iranian immigrant – taught her how to race motorcycles. However, it was her mother’s love of music and dance that set Lexy on the journey to where she is today.

In 2015, Lexy’s original song, “Lit,” and its accompanying video exploded on YouTube, earning her a massive following. Since then, she has been steadily releasing everything from upbeat, fun, and risqué songs to emotional ballads about love, pain, and everyday struggles. 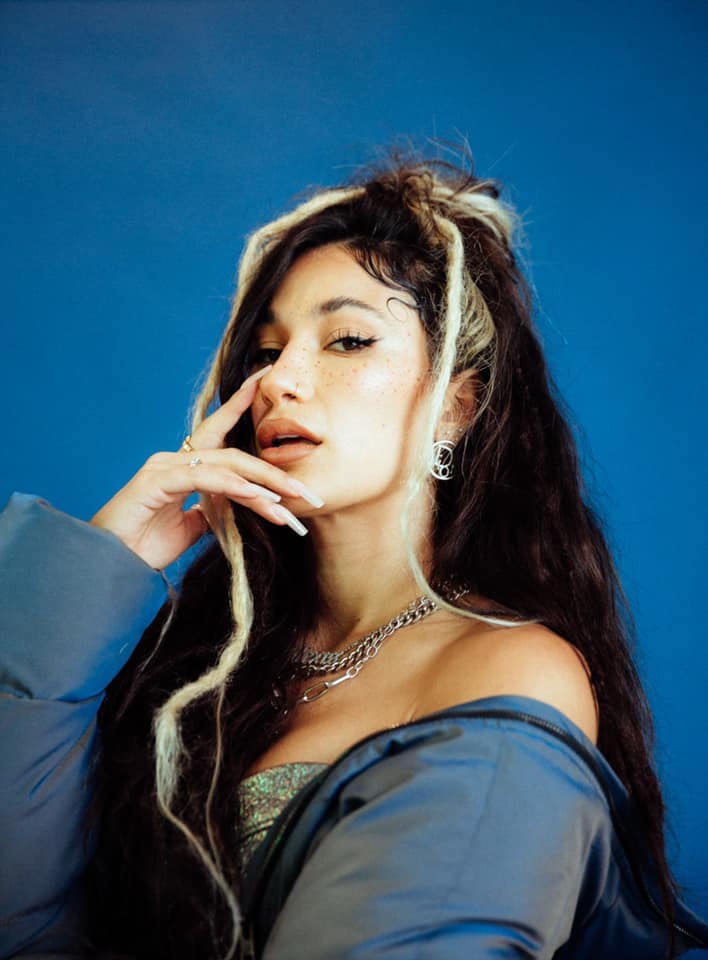 As an entrepreneur, Lexy Panterra has a fitness company, clothing line, and merch shop. In 2021, she launched Real Influence Agency, a full-service influence company that provides content management, production, marketing, and brand development for the talents they represent. Also, the boutique agency helps create the most viral, captivating content and performances to show real results.

When she’s not busy working on her multifaceted empire, Lexy takes pride in contributing to philanthropic efforts she holds near to her heart, such as putting on toy drives for the less fortunate. As she continues to expand her brand and grow her music career with the release of “Sex, Money, & Love Songs,” her relentless drive, determination, and raw talent are on track to make her one of the hottest acts of 2022 and beyond.

“Booty On Her” single 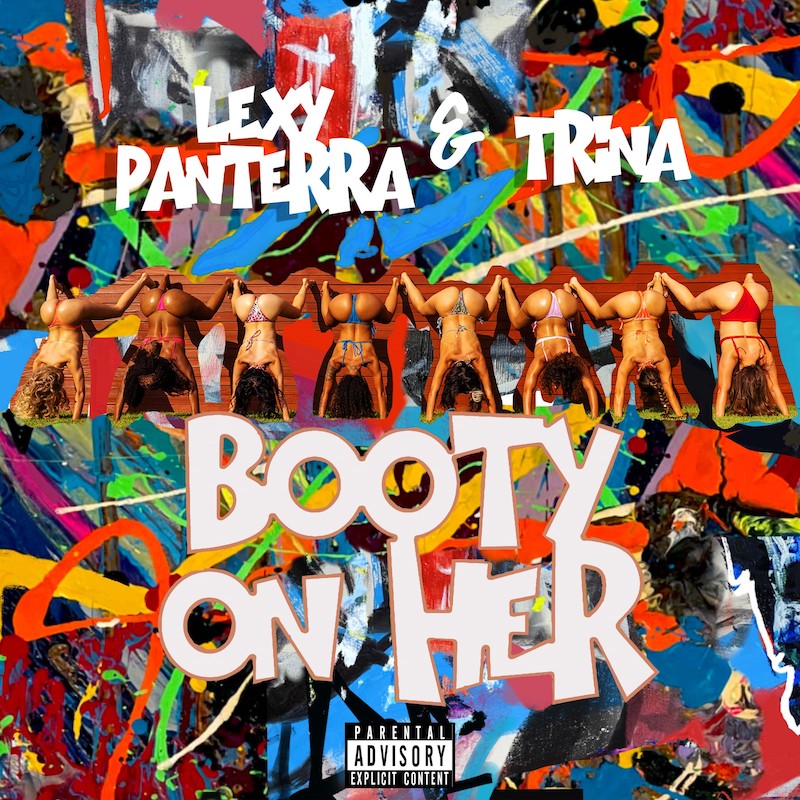 We recommend adding Lexy Panterra’s and Trina’s “Booty On Her” single to your favorite hip-hop playlist. Also, let us know how you feel about it in the comment section below. Mel Blanc’s famous catchphrase, “That’s All Folks!” Thanks for reading another great article on Bong Mines Entertainment – the hot spot for new music. Furthermore, always remember that (P) Positive, (E) Energy, (A) Always, (C) Creates, (E) Elevation (P.E.A.C.E).