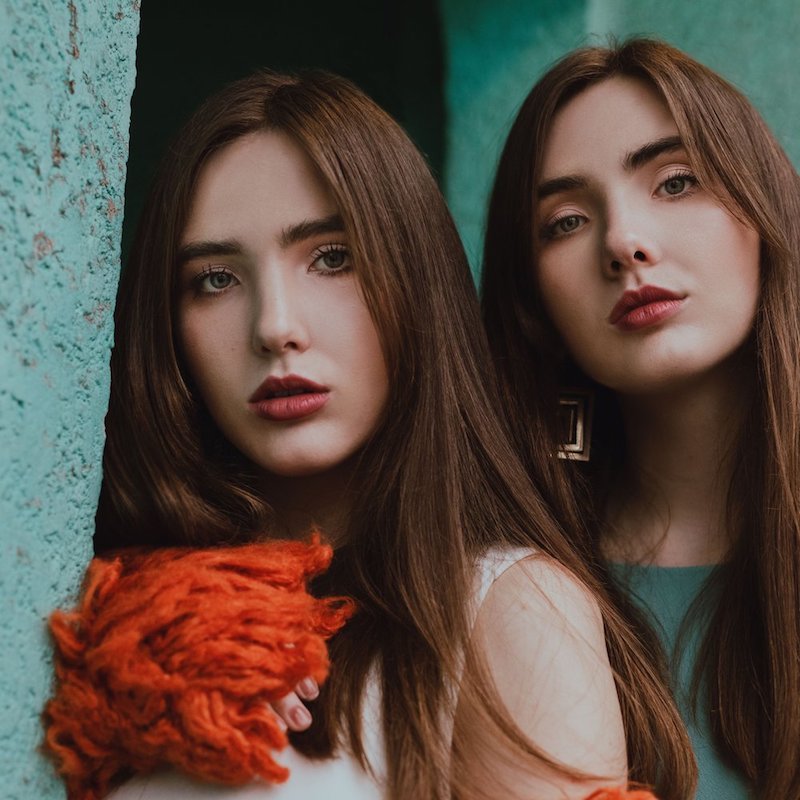 Fionn (Alanna & Brianne Finn-Morris) is an identical twin duo from Vancouver, British Columbia, Canada. Not too long ago, they released an appealing music video for their “Modern Medication” single.

“I was born into the magazine generation trying to avoid myself. Give me a dose of the modern medication and I’ll outlive myself. I know what the kids want, we’ll be up all night long ‘cause we’re all too tired to sleep. Dancing in the doomed night, living for the blue light, high as our expectations. Banging the roof, breaking the floor. Always stuck in the ruins, always wanting more.” – lyrics

“I was born into the cut and paste generation trying to remake myself.”

“‘Modern Medication’ is a song about growing up with social media, and how it has affected the mentality of our generation. Being raised in Gen Z, we have never truly experienced life without our senses being overwhelmed by constant entertainment and pictures of what other people are doing. In the video, we wanted to represent the feeling of being on social media with shiny objects, colorful backdrops, fake poses, and fake smiles.” – Fionn

With their recent releases, Fionn has evolved from their stripped-down acoustic stylings to their newfound hybridity. Simply put, the results speak for themselves, combining folk roots and a ‘70s swagger with a boisterous and jubilant indie-pop aesthetic. In an era of instant gratification, of one-dimensional singles and disposable artists, Fionn has put in substantial work and are turning heads the world over.

So far, they have accumulated over 700K streams since their 2017 debut, “Skeleton”, which peaked in the Top 5 on the CBC Music charts. Since then, they have had their music featured on some of the most sought-after playlists such as Indie All Stars, New Music Friday, and Contemporary Blend to name a few.

We recommend adding Fionn’s “Modern Medication” single to your personal playlist. Also, let us know how you feel about it in the comment section below.