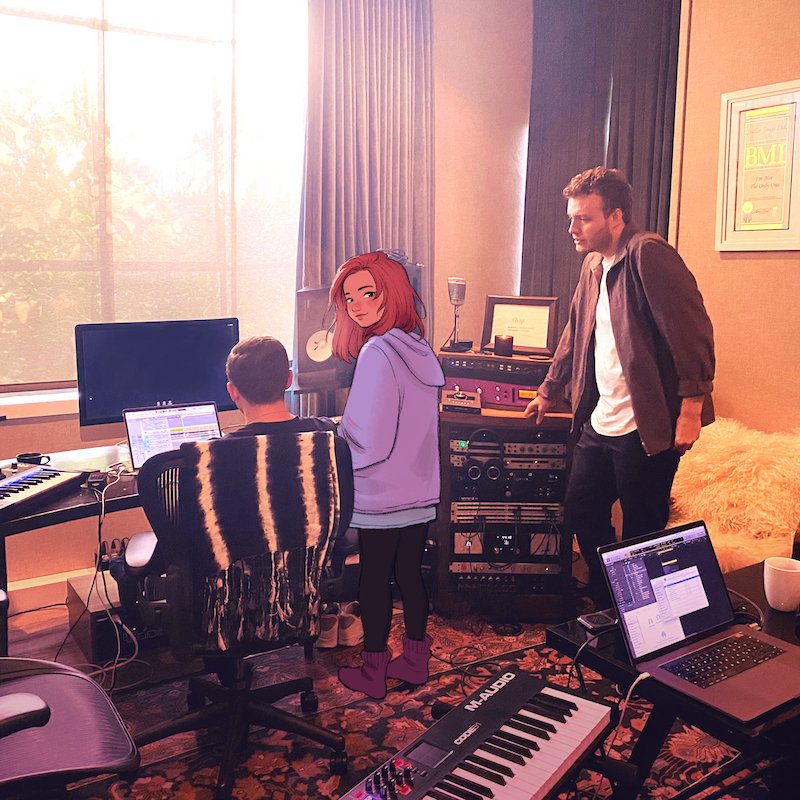 Dad (a.k.a. Kei Wells) is a rising 19-year-old singer-songwriter from Los Angeles, California. Not too long ago, she released the ultimate girl’s anthem, entitled, “Fresher”.

“So this song’s a special one. Yakob found me on Instagram and DM’d me and we were in the studio the next week. We had a song done by the end of the day. It was surreal. Dude is so-so-so talented. I love all of the 6LACK stuff but Yakob’s a beast on keys and he’s singing backups with me and he’s heckin’ whistling. Done. Ded. I’m in luv.” – Dad

‘Fresher’ follows on the heels of Dad’s “Alligator” and “Smash Bros” singles. The likable tune is Dad’s first collaboration, linking up with Yakob (Grammy-nominated Austrian producer, known for his production work with 6LACK on “FREE 6LACK” and “East Atlanta Love Letter”). Furthermore, “Fresher” was inspired by and launched just after Dad came out of a toxic relationship with her long-term boyfriend.

Dad might be broke, but she’s still fresher than all her exes

“I’m building my artist project from scratch and money comes slow (if at all) in the beginning. I’ve gotten some bills lately that I literally have no idea how I’m gonna afford. I wanted to write a song that was about my issues: being broke, bad habits, feeling isolated. But was still confident that I’m doing better than when I was with my exes. Being independent is so important to me right now and I know I’m exactly where I should be in life. I’m getting more comfortable in my own skin and having fun. I wanted the song to touch on that vibe and make people listening feel the same.” – Dad

‘Fresher’ serves as one of Dad’s most essential statements yet. Also, the song is a delicious taste of what listeners can expect to hear on her upcoming debut EP, which is set to be released in 2020. The anticipated project will feature Gallant, Wrabel, and more names to be revealed soon.

We recommend adding Dad’s “Fresher” single to your personal playlist. Also, let us know how you feel about it in the comment section below.